Richmond coach Damien Hardwick has lifted the lid on a brilliant moment of sportsmanship from Cats coach Chris Scott.

Richmond coach Damien Hardwick has praised his Geelong counterpart Chris Scott for entering the Tigers’ coaching box to congratulate his team prior to the final siren in last year’s grand final.

After Scott’s Cats held a 15-point half-time lead, the reigning premiers stormed back on the back of a powerhouse performance from Norm Smith Medallist Dustin Martin.

Geelong managed just one goal in the final quarter, as the Tigers slammed on five majors of their own, including one from Jack Riewoldt which sparked wild celebrations.

According to Hardwick, it was after Riewoldt’s goal, which came with 1:43 left on the clock, that Scott entered the Tigers’ box.

“As a coach you never really know (when the game is over),” Hardwick told Fox Footy.

“But what I will say is after that goal, Chris Scott came into our coaches’ box and congratulated us, which was incredible. 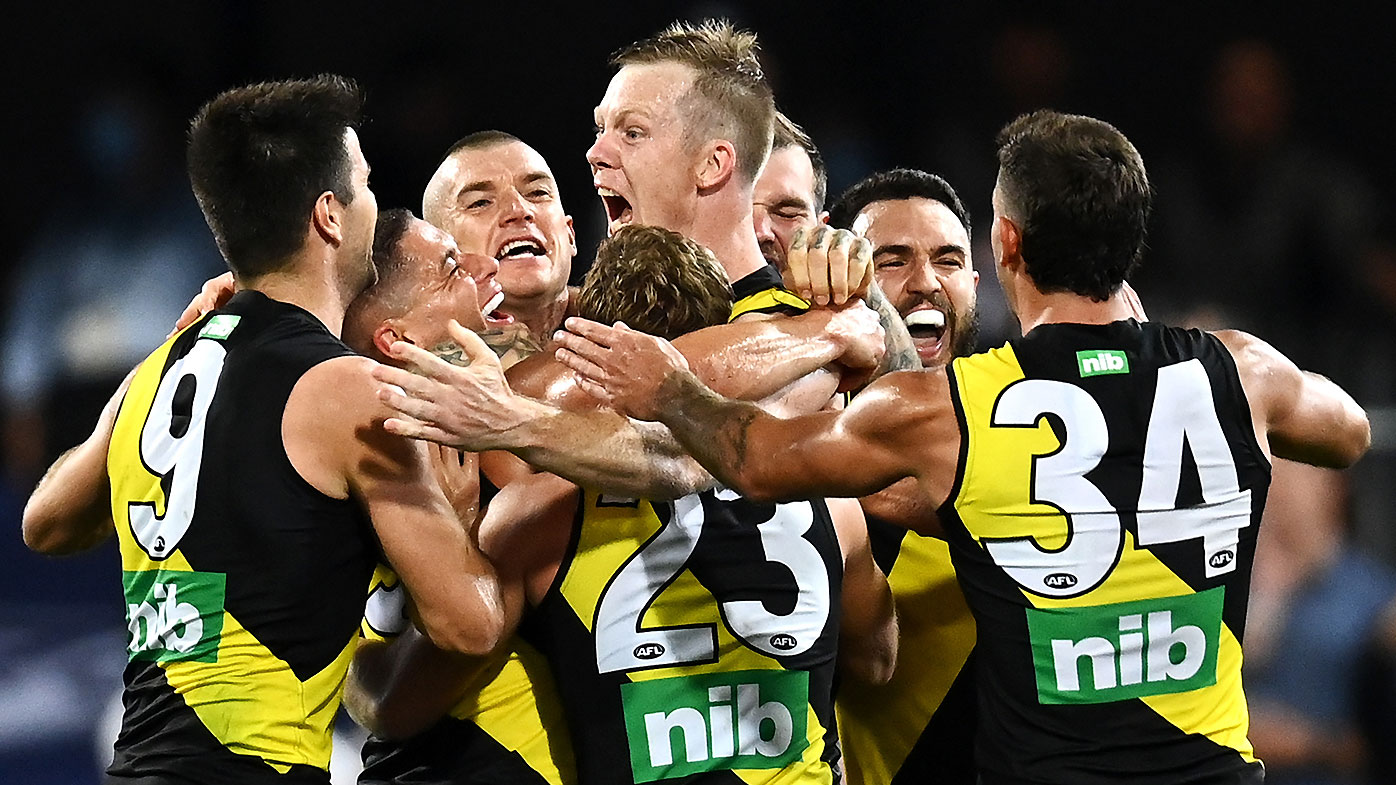 I think the assistants had packed up at this stage, but I’m still going: ‘Listen you blokes, we’re still — Oh Chris!’ He just congratulated us and said ‘great game’.

The win over Geelong gave Hardwick and Richmond their third premiership in four seasons, but the Tigers coach rated the 2020 triumph as the best of the trio.

“This is a really, really tough thing to say, but I think this is our best Grand Final win,” he said.

“I look at it as one of the hardest, most challenging years we’ll ever go through and it was such a fantastic effort by our players and our club overall to walk away with, what I think is going to be, one of the hardest trophies ever to win.”