The ‘amateur mistake’ that ruined an Olympic dream

He was the red-hot favourite for a gold medal, but his chances disappeared in the blink of an eye.

Legendary cycling commentator Phil Liggett has questioned the value of this year’s Tokyo Olympics, should international spectators be banned from attending.

The boss of the Tokyo organising committee has revealed a decision will be made this month on whether or not to allow fans from outside Japan to attend the Games, which start in July.

IOC president Thomas Bach has said that the priority would be ensuring a “safe, secure and fair competition” indicating that only the athletes would be able to travel to Tokyo.

But speaking to Wide World of Sports ahead of the release of the movie Phil Liggett: The Voice of Cycling, the man who’s been to 15 Olympics, said that while he expected the Games to go ahead, it simply wouldn’t be the same.

“I think they’ll be held, because if they’re not they will never be run, and there’s a lot at stake, financially,” he said.

“But, we’ve heard in recent days that they’re now looking at restricting international spectators from going to Japan.

“Crikey, it’s going to be no Games at all if we haven’t got any international spectators. 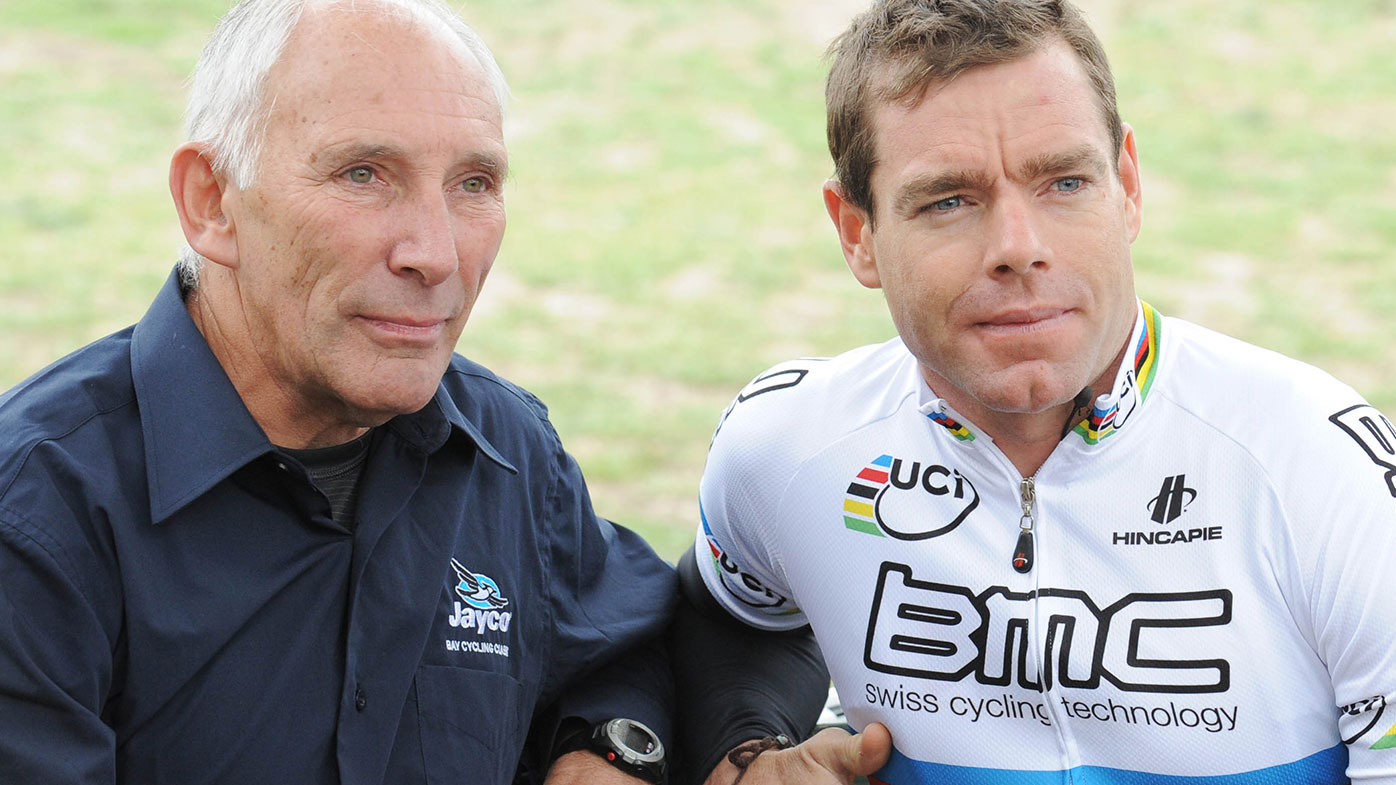 “The whole point of the Olympic Games is to bring the family together, so if you ban the family, well, what’s the point?”

Spectators or otherwise, this year’s calendar will present some riders with a dilemma, namely whether or not to complete the Tour de France, which starts in late-June.

“For the cyclists, it’s a difficult schedule, because the Tour de France finishes five or six days before the men’s road race at the Olympics,” Liggett explained.

“And the people who ride the men’s road race these days are the professionals from the Tour de France.

“But the problem is they’re going to quarantine these riders for two weeks, so if you want to ride the road race at the Olympics, you’ve got to abandon the Tour de France about a week into the event to get to Tokyo.

“It’s a very difficult decision and I’m glad it’s not mine.”

Liggett noted that for some, the current four-year Olympic cycle may be their only chance to compete at their peak.

“You get one shot, and you’ve just got to hope you get it right,” he said.

One man who can relate to that is former Australian rider Shane Kelly. The world champion in the 1000 metre time trial in 1995, 1996 and 1997, the Victorian saw his hopes of a gold medal at the 1996 Games disappear in a flash. 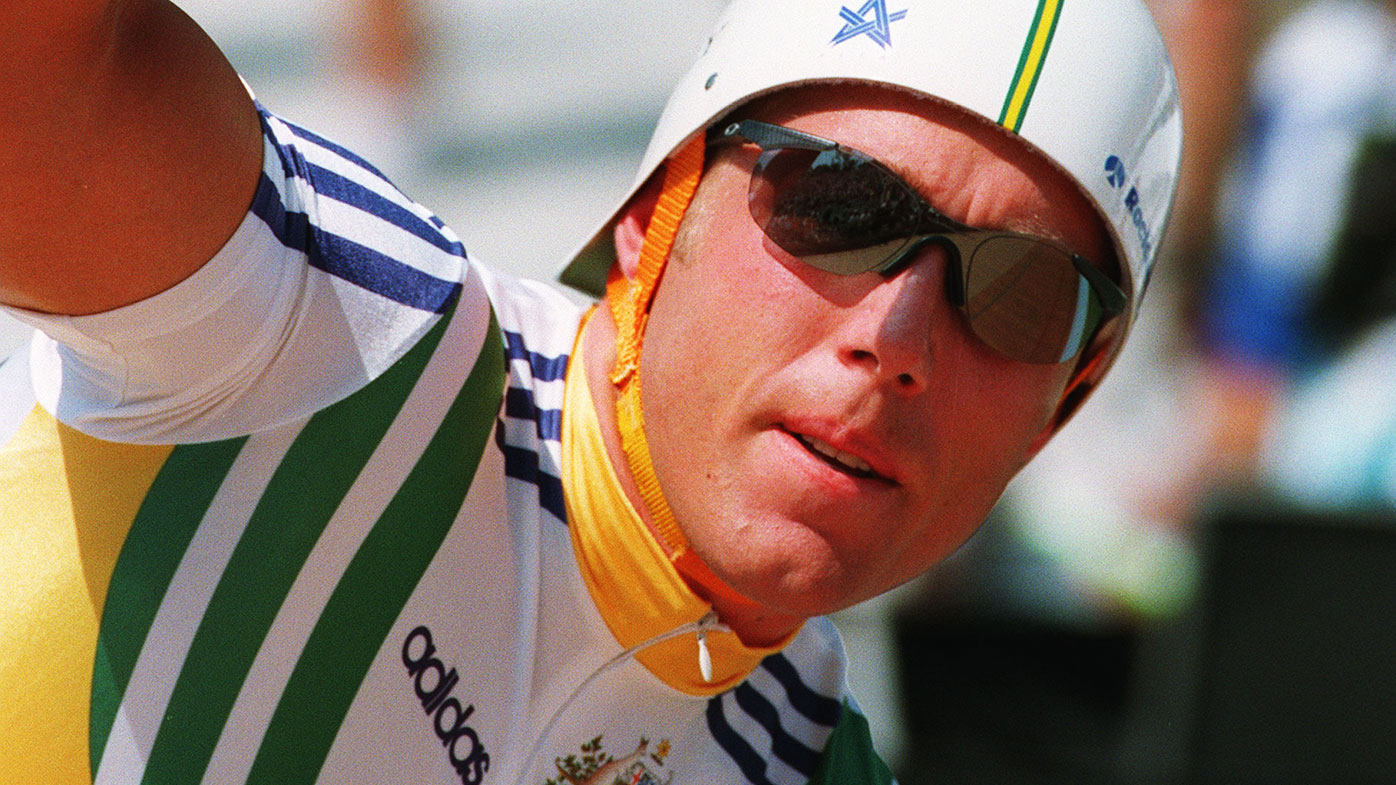 Kelly was the favourite for the event in Atlanta, where he was the current world record holder. But his foot slipped out of the pedal as he went to take off, ending his chances on the spot. He never won an Olympic gold medal.

“We became good friends later on, and I remember it all too well. You make such a savage start, he simply ripped his foot off the pedal.

“It’s a very amateur mistake, I’m not going to offend Shane, but it is, and he knows it.

“Your Olympics are over in one hit. You don’t get a re-run, you’re out.”

Liggett acknowledged that age is likely to prevent him returning to Australia should Brisbane host the 2032 Games, but the iconic commentator isn’t thinking of hanging up the microphone anytime soon, despite approaching his 78th birthday.

Having covered nearly 50 editions of the Tour de France, his voice is the soundtrack of the race for generations of fans, in much the same way that Murray Walker was synonymous with Formula One for so long. 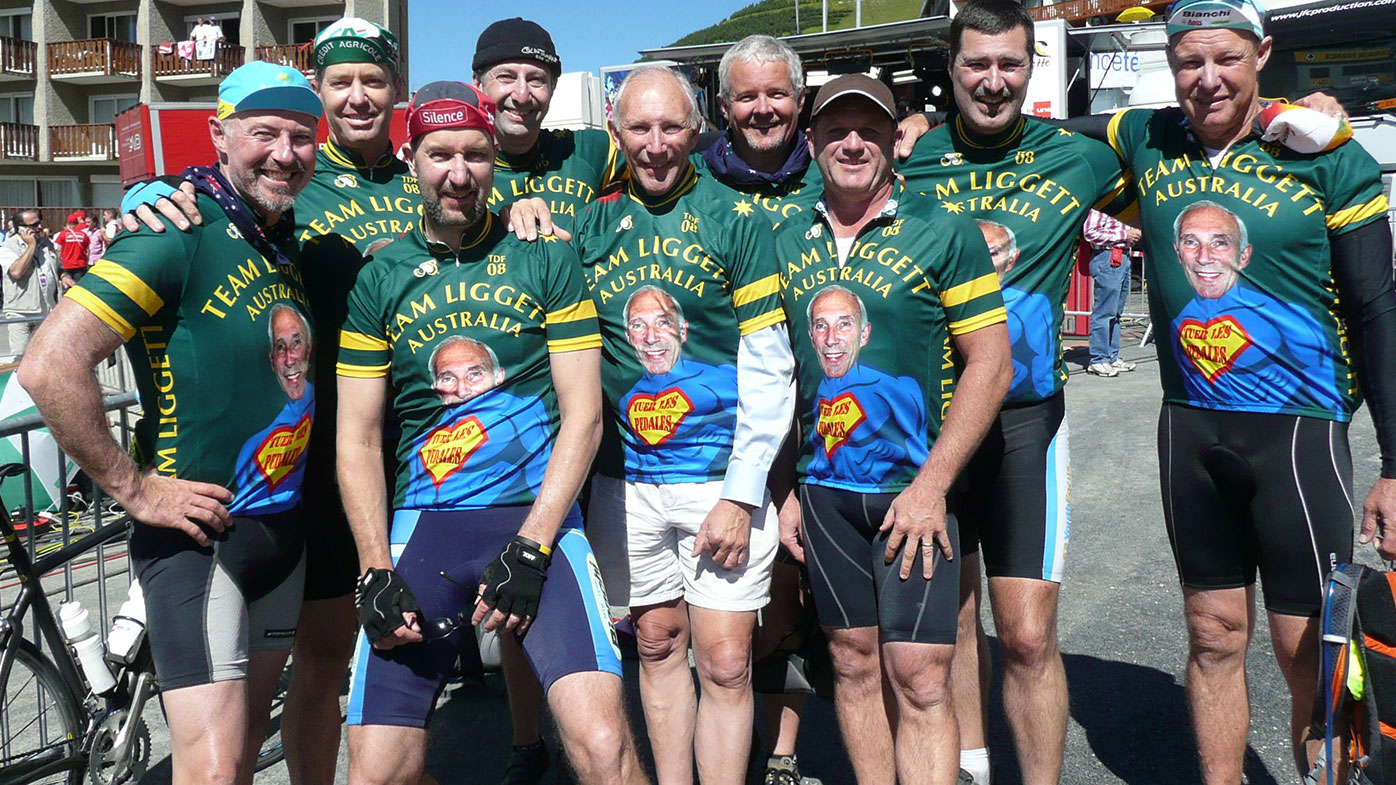 “Murray and I run in parallel in so many ways,” Liggett said.

“We both make mistakes, but we entertain the public, which for me is the most important thing.

“I’m not just a boring old cycling commentator, I want people to enjoy every aspect of the show.”

And in the same way that Walker continued after the death of his long-time co-commentator James Hunt in 1993, Liggett’s partnership with Paul Sherwen came to an end in 2018, when Sherwen died in his sleep from heart failure.

“We were locked together for 33 years, and we were joined at the hip,” he explained.

“At 6:30am I could expect a knock on the door, and he’d leave my coffee outside. We’d start our day together, we’d automatically walk to breakfast together, or to dinner. 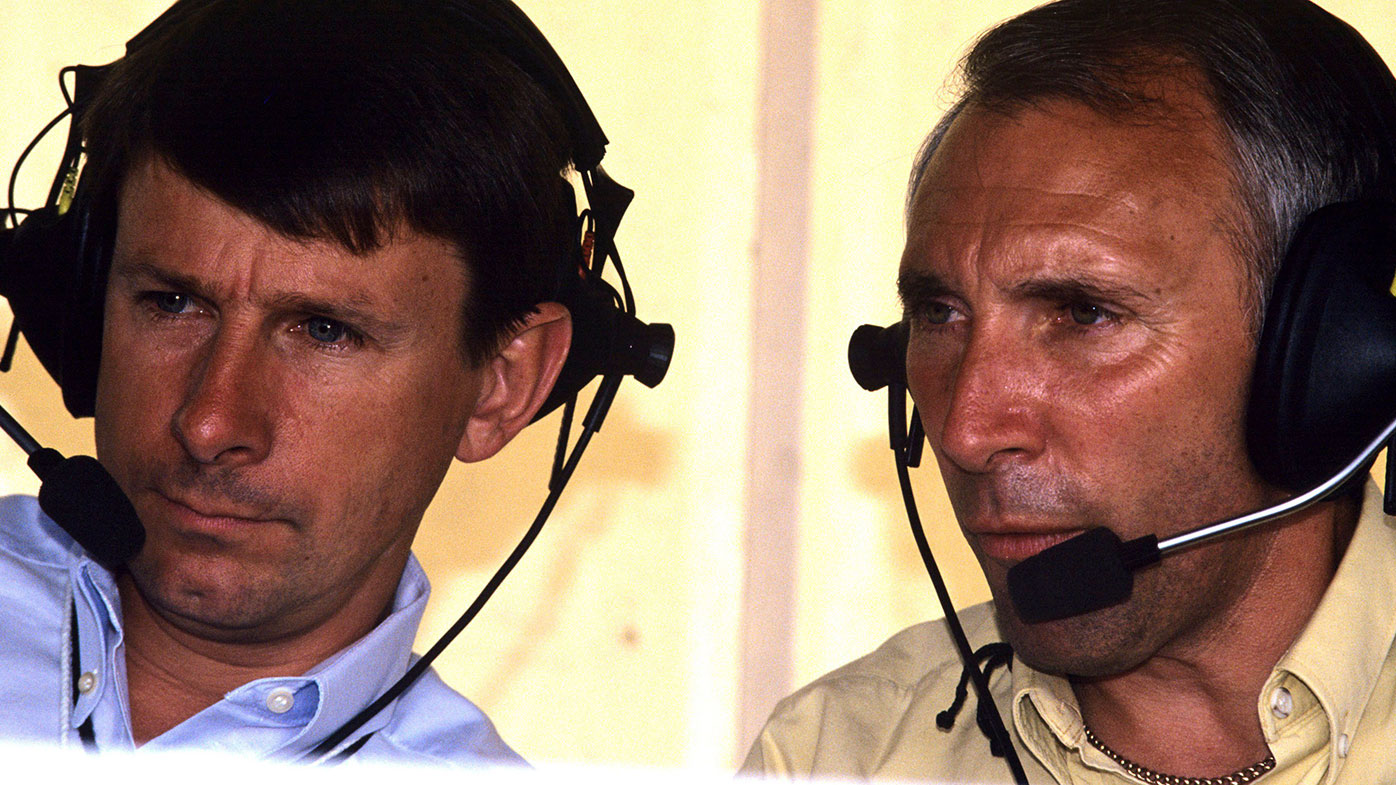 “It was a huge loss when Paul passed away.”

Despite Sherwen’s absence, Liggett never considered stopping, acknowledging that it wasn’t the way he wanted to end his long career.

And retirement is still not on his mind, especially from something he enjoys so much.

“I think the minute you lose your incentive to achieve, you’re ready to pass on to the room upstairs,” he said.

“But why give up something that is not work?

“In my mind this is not work.”