One of St George Illawarra’s best has revealed just how bad things were under former coach Paul McGregor.

St George Illawarra fullback Matt Dufty has revealed the “toxic environment” that surrounded the club in the dying days of Paul McGregor’s tenure as coach.

The Dragons endured a miserable 2020 season, finishing 12th on the ladder and missing the finals by a comfortable margin. The club was on the back foot immediately, losing four matches to start the season, and never won more than two matches consecutively.

That placed coach McGregor firmly in the firing line, with ongoing speculation about his future, before confirmation in August that he wouldn’t see out the season.

Fullback Matt Dufty was one of the Dragons’ best last year, but it very nearly wasn’t the case, after he was told by McGregor over the summer of 2019-20 that he was free to look elsewhere.

Dufty was close to signing with English club Huddersfield before the deal fell through, but McGregor’s preference was for Zac Lomax to wear the No.1 jersey. That changed after Lomax had a nightmare under the high ball in Round One, but Dufty himself was axed for Corey Norman just two games later.

Returning to the side in Round Five, Dufty made the spot his own for the rest of the season, but admits the damage had been done.

“It was a pretty toxic environment – it’s not anything against anyone that was there, but we weren’t playing well.

“I didn’t know if I was going to play or get dropped – I didn’t think I should have, but that’s footy and I have grown up a lot since then. I’m a confidence player and I think when the year went on, I was confident in my own ability.”

Dufty is off-contract at the end of 2021, and his future isn’t guaranteed, with the club’s recent decision to release Cameron McInnes showing that they’re prepared to make the tough decisions.

The 25-year-old knows he can’t afford a repeat of 2019, when Corey Norman’s arrival at the club signalled a downturn in his own confidence.

“That’s what I lost a few years ago, especially when they signed Normy (Norman) – I lost my role coming off 2018 when I thought I was playing really well and thinking I should have started,” Dufty said.

“For me personally, it took a big toll on my personal life – nothing serious, but myself mentally. Nobody likes feeling like that, so getting back to my best footy was good and I grabbed it with both hands and never felt better. 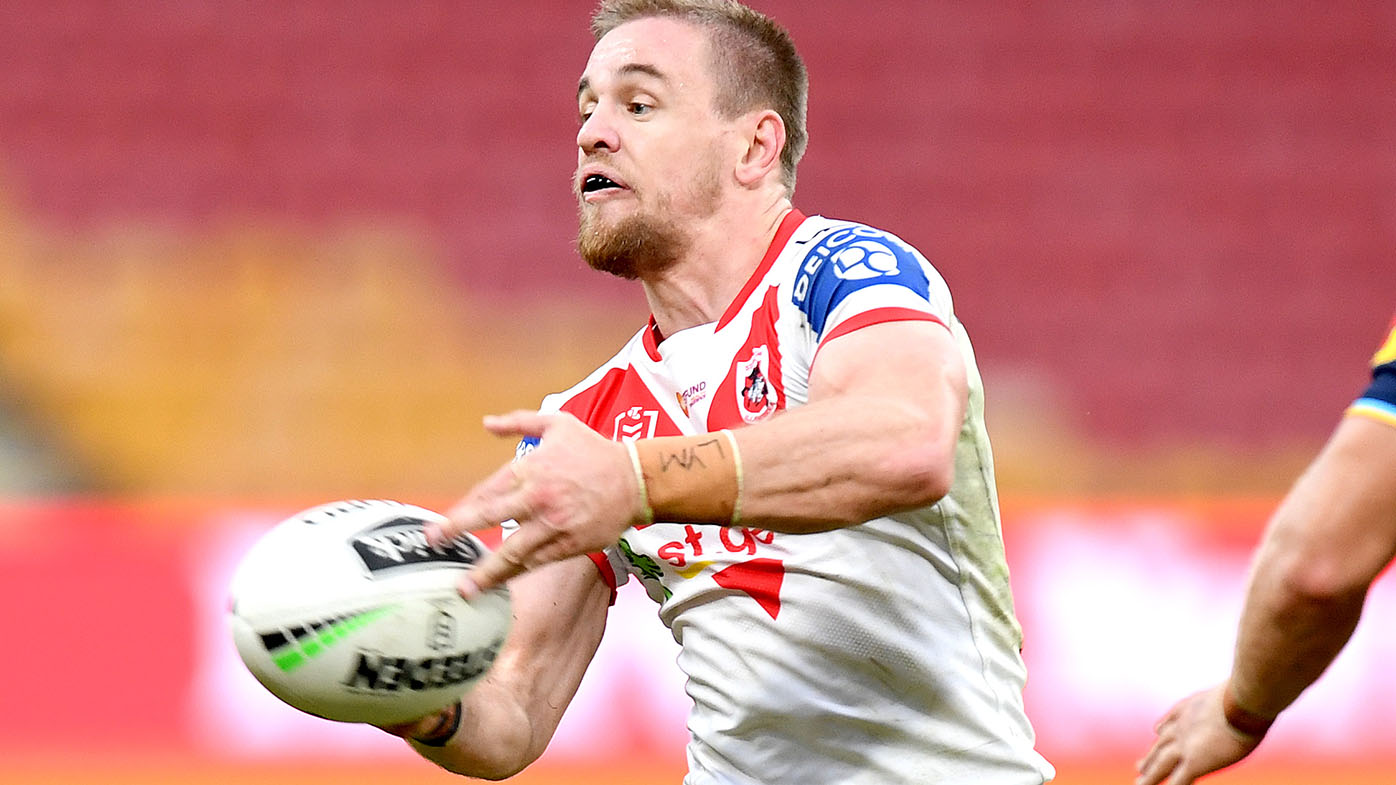 “Now I’m back to where I know I should be. All the coaches here have a lot of faith in me.”

As new coach Anthony Griffin attempts to shape the squad into a group capable of taking the club to the finals for the first time since 2018, Dufty believes things are definitely looking up.

“It’s been a bit of a different feel you could say. I hadn’t played as many games as last year since 2018 I think, and definitely this year I come in feeling old,” he said.

“It’s a young squad, I’m 25 and time has flown. We’ve got boys like Cody (Ramsey) and Sloaney (Tyrell Sloan) that are there behind me itching to play first grade and itching to play fullback. That’s giving me more drive, and I’m feeling very confident after last year.”