Roger Federer never contemplated retiring, but has admitted he struggled mentally after his second knee surgery.

Roger Federer never seriously contemplated retirement while he was away from the tennis tour for more than a year. He did have a hard time dealing with the need for a repeat operation on his bad right knee, though.

“I was down. Obviously I couldn’t believe I had to do a second one,” Federer said Sunday ahead of his appearance at the Qatar Open. “This is definitely a moment where you maybe question a little bit more.”

MORE: ATP under fire as Federer benefits from latest switch

The 39-year-old Federer’s first match since the 2020 Australian Open will come Wednesday in Doha against Dan Evans or Jeremy Chardy.

Federer’s first procedure on his right knee occurred in February 2020. That knee kept swelling up after bike rides or walks with his four children; he announced in June that he had had a second surgery. The 20-time Grand Slam champion will monitor how this comeback goes over the next several months and then assess things.

“I know it’s more on the rare side for almost a 40-year-old to come back after almost a year being out. And I was surprised how long it took. But I took a decision quite early with the team that I wanted to take the time, no rush, to get back onto the tour,” he said.

“Important is that I’m injury-free, pain-free, and I can actually enjoy myself out there on tour. So we’ll see how it goes now. I’m curious myself to find out.”

What seemed clear from Federer’s session with reporters on Sunday: Wimbledon is what matters the most to him at this point.

He has won a men’s-record eight titles at the All England Club and came oh-so-close to a ninth in the 2019 final there, holding two championship points before eventually losing to Novak Djokovic in a fifth-set tiebreaker. 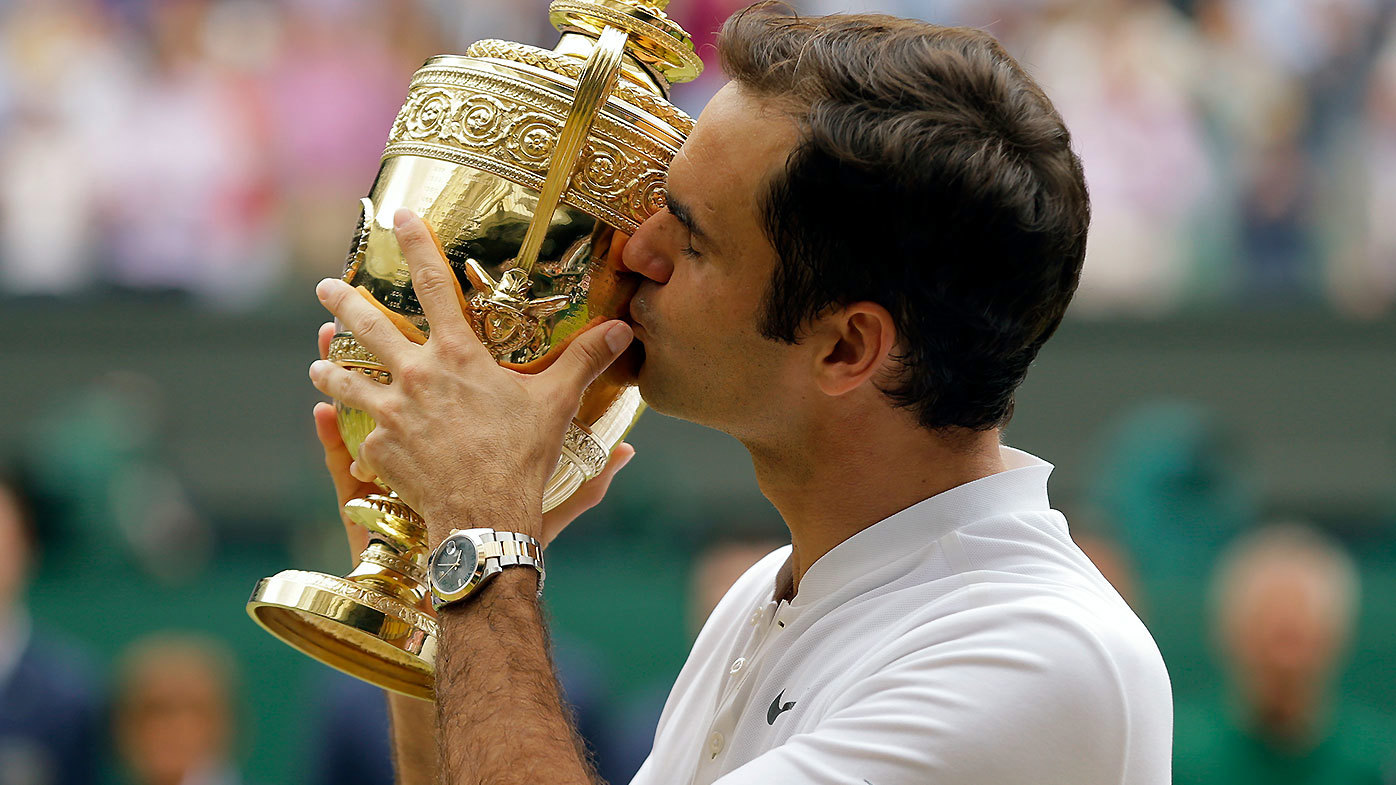 Wimbledon was canceled last year for the first time since 1945 because of the coronavirus pandemic.

“I know I need to go back to training after here again,” said Federer, who pulled out of the Miami Open later this month. “So from this standpoint, it’s still a building up to being stronger, better, fitter, faster and all that stuff. I hope, then, by Wimbledon, I’m going to be 100%, and from then on, then the season really starts for me. Everything until then, it’s just ‘Let’s see how it goes.’”

He is curious what travel and tournament life will be like during a pandemic — “bubble life, quarantines all around, the whole mask situation” — and, most of all, how his repaired knee handles competition.

“That’s really the only concern I have: Is the knee going to hold up? As of now, I’m not sure,” Federer said. “I did everything I possibly could.”