A stunning disqualification after a blatant illegal knee from champion Petr Yan has shocked the UFC.

LAS VEGAS (AP) — Aljamain Sterling won the UFC bantamweight title when Petr Yan was disqualified for an illegal knee strike in the fourth round Saturday night in the first of three championship fights at UFC 259.

Sterling (20-3) appeared disoriented and disappointed when the belt was wrapped around his waist after a fight he appeared to be losing to Yan (15-2). Sterling threw the belt onto the canvas before he left the octagon. 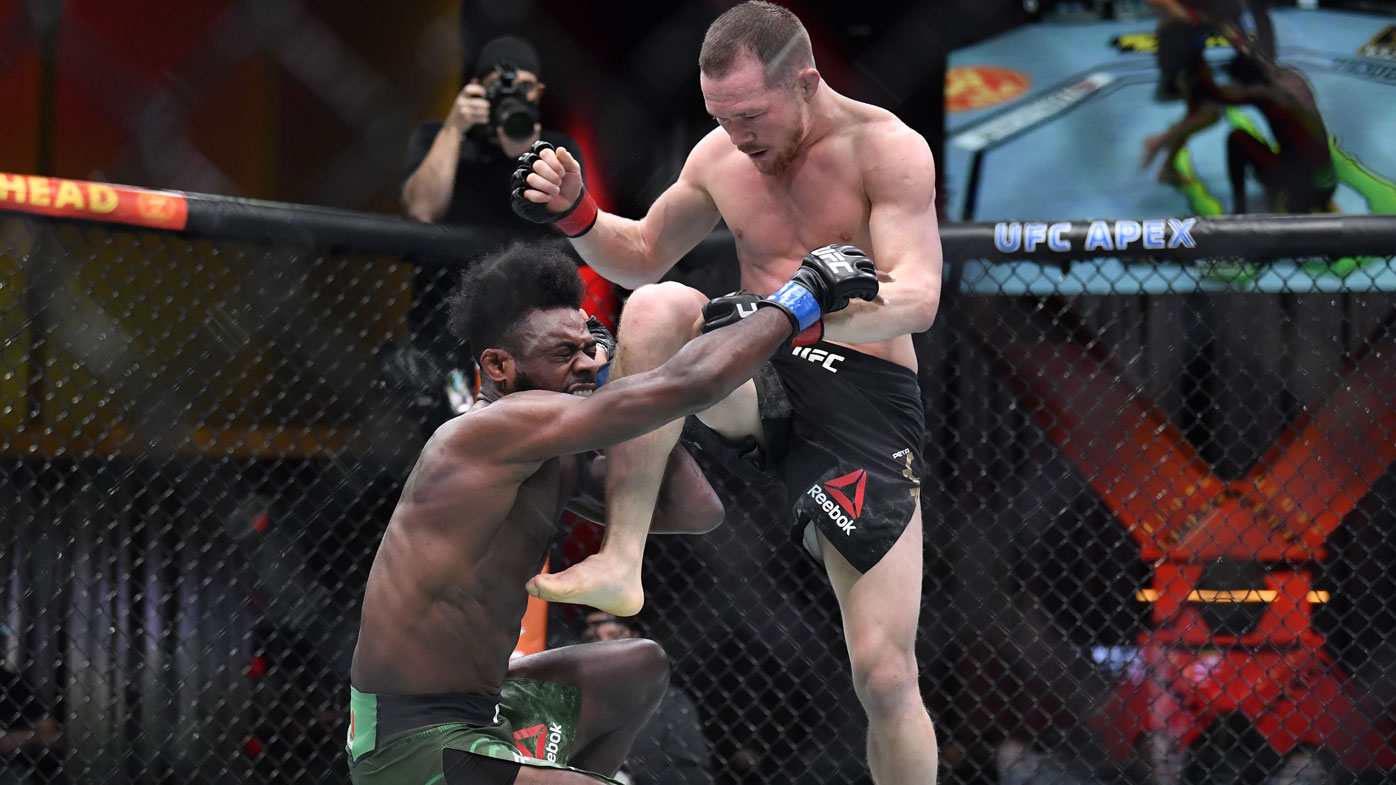 The fight was stopped with 31 seconds left in the fourth when Yan drove his knee into the face of Sterling, who was kneeling on the canvas in front of him.

Mixed martial arts rules strictly prohibit such blows to a downed opponent, and the knee clearly hurt Sterling, who struggled and failed to get up for several minutes. The bout was called off by referee Mark Smith, who had verbally warned Yan not to throw such a strike a few seconds earlier.

Yan put on a masterful performance for three rounds in the first defense of his 135-pound belt, weathering his high-intensity opponent’s strong start before imposing his physical will from the third round onward.

Yan largely managed to stay upright while avoiding his opponent’s strong ground game, at one point responding with two obscene hand gestures when a prone Sterling invited him down to grapple.

Yan appeared to take control of the fight in the third round and early in the fourth against his tiring challenger, but his blatantly illegal strike forced officials to make the unsavory decision to award a title belt by disqualification.

Sterling earned his title shot with five straight victories over the past three years. The Long Island native’s creative, athletic fighting style — his nickname is Funk Master — has made him a popular pick as a future UFC champion for several years.

But Sterling was beaten to the belt by Yan, who won the title vacated by Henry Cejudo by knocking out José Aldo last July. The victory punctuated the Siberian powerhouse’s 7-0 run since joining the UFC nearly three years ago.