New footage has emerged of a terrifying crash in that caused the abandoment of a Formula E race.

The FIA has released security camera footage which shows the full extent of the horrifying accident in yesterday’s Formula E race in Saudi Arabia that saw British driver Alex Lynn taken to hospital.

Lynn clipped the back of a rival car driven by Mitch Evans in the closing stages of the race, sending the 27-year-old’s car airborne, before it landed upside down and eventually came to rest in the run-off area.

Lynn underwent scans after the crash, but was subsequently released, with organisers describing his condition as “well.” 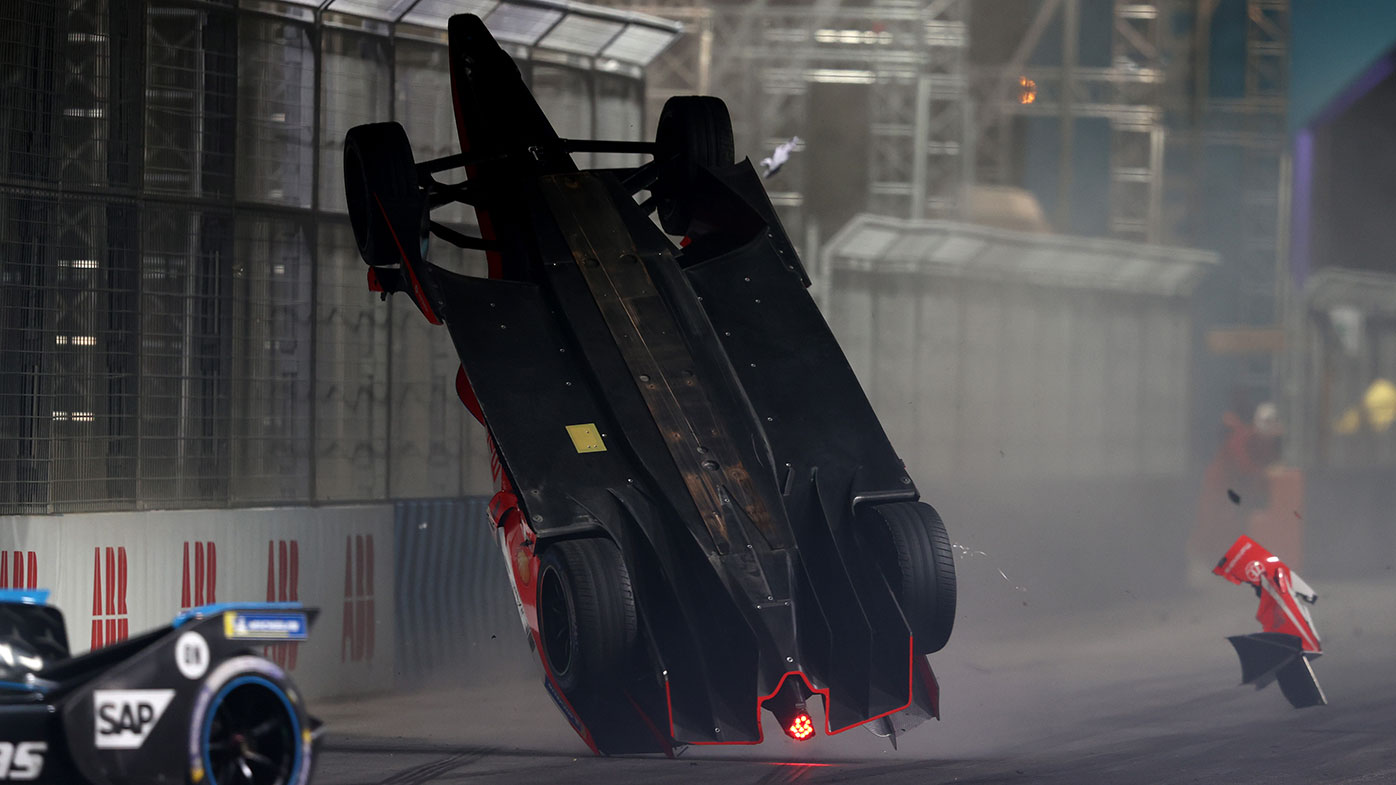 The crash was reminiscent of Australian Formula One driver Mark Webber’s accident during the 2010 Valencia Grand Prix, where he also became airborne after colliding with the back of another car. Ironically, Webber has mentored Evans extensively during his career.

“It was not a nice accident,” Evans told Autosport shortly after the accident.

“Basically, I was defending hard from Alex into [Turn] 18 and he drove close to the wall.

“He didn’t really back out of it. Was there room? I’m not sure, I need to see the replay.

“I hope there was and I didn’t do anything out of order.

“But he clipped my rear wheel and had an aeroplane crash. It was really nasty.” 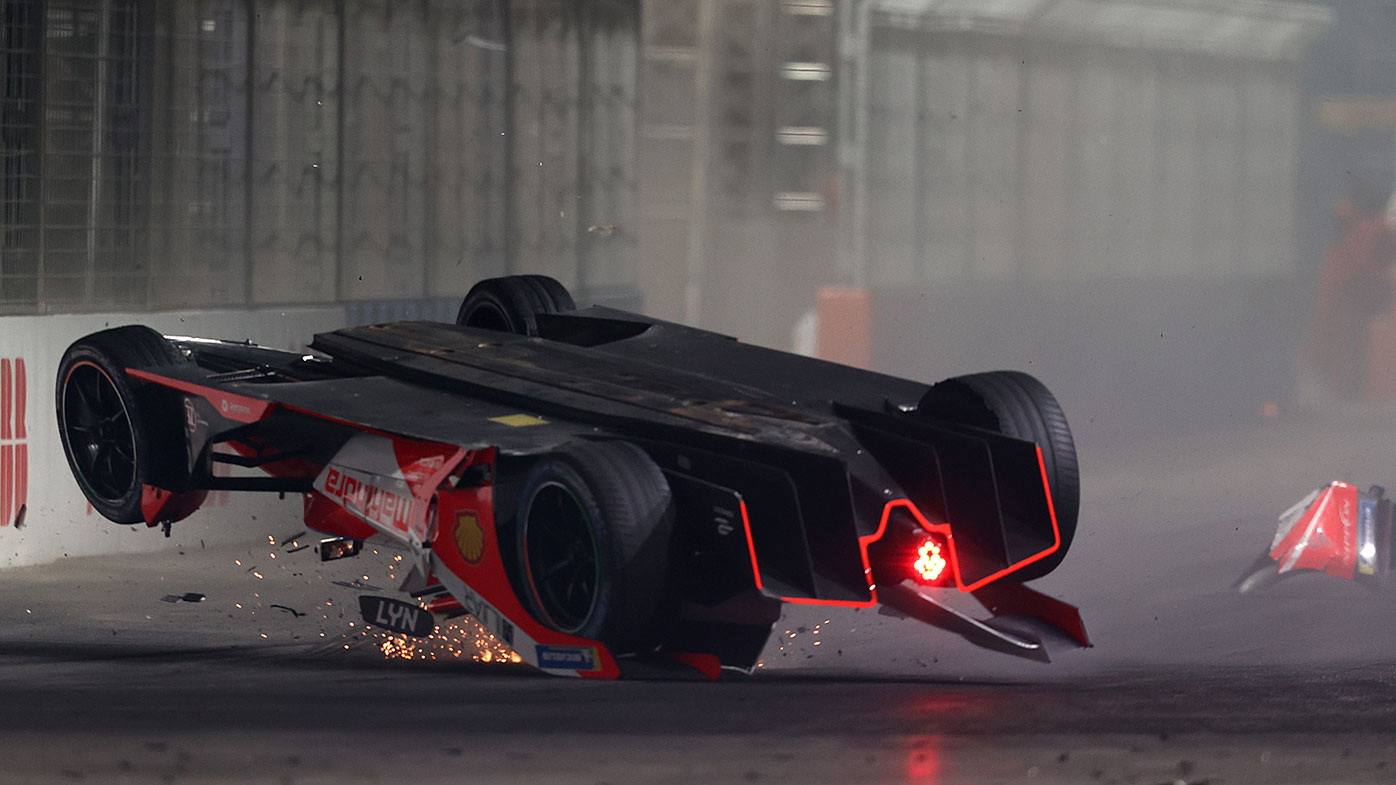 “It was not a nice moment. At one point I could see him above me. It was not nice,” Evans added.

“But the main thing is he’s all good. I saw him go into the wall and I jumped out to make sure he was OK.

“You never want to see that sort of stuff. He’s a friend as well.

“I think it’s a racing incident. We were racing hard for P-Nowhere.”

The race was won by Britain’s Sam Bird.

The decision by the FIA to withhold the extra angles of the crash for 24 hours comes just months after Australian Formula One driver Daniel Ricciardo criticised the sport for showing endless replays of the inferno that engulfed Romain Grosjean’s Haas at the Bahrain Grand Prix.

Ricciardo argued that the world feed coverage was “disgusting” and “completely disrespectful” for showing the replays in the immediate aftermath of the crash.