It is the rule that has been the talk of the AFL pre-season, now new footage has left fans even more confused than before.

The AFL’s controversial new man on the mark rule has left both players and fans confused after new video from a pre-season scratch match.

The incident occurred in Fremantle’s clash against West Coast, when a 50-metre penalty was awarded against Dockers defender Brennan Cox while Oscar Allen lined up a set shot.

While the new rule prohibits any movement from the man on the mark, Cox’s movement appeared to be negligible, as he turned his back as opposed to moving laterally on the mark. 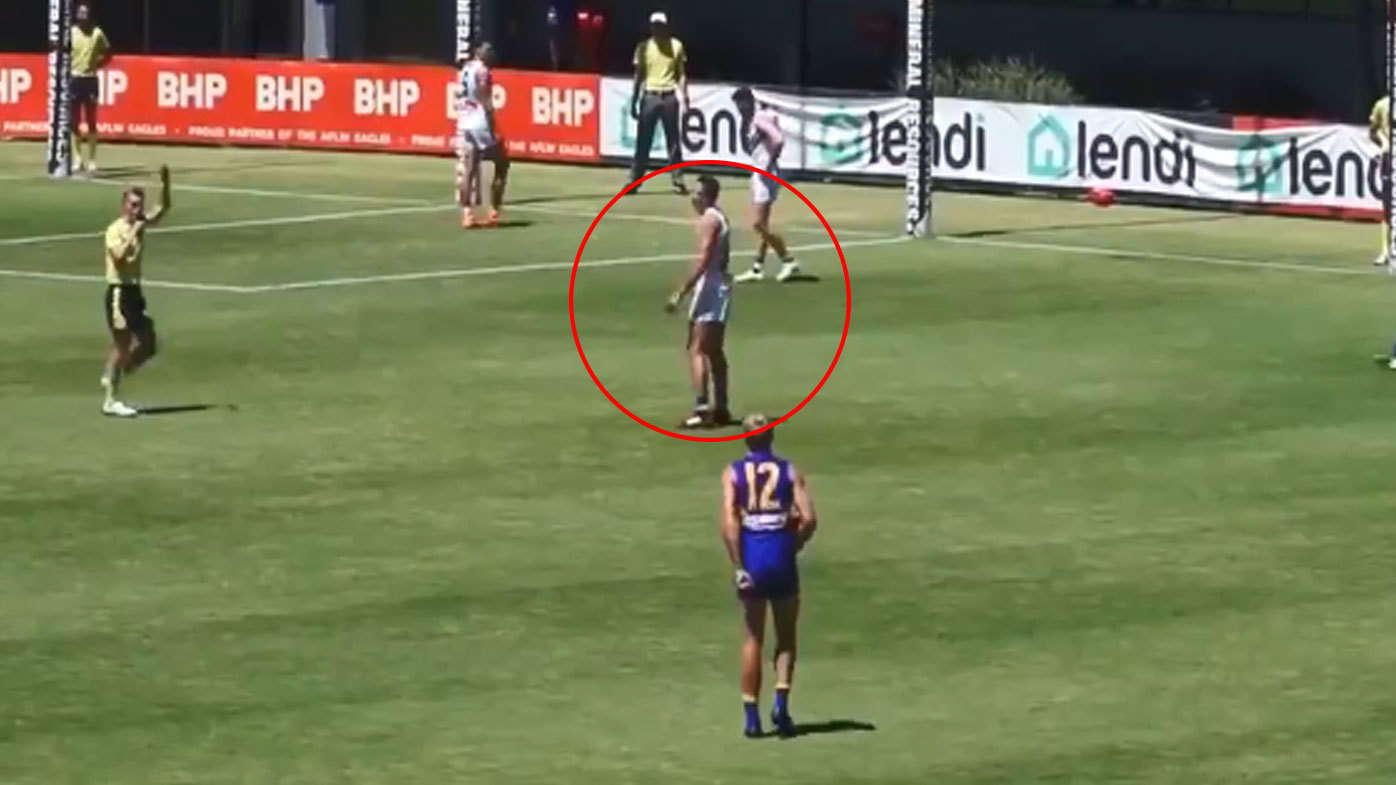 The decision to award a 50-metre penalty even left Eagles superstar Nic Naitanui confused, as the commentators on the live stream of the match also voiced their displeasure.

“That’s 50 metres. Can you believe?” one commentator on the live stream said.

“I think it was three centimetres he moved his foot,” the other added.

The rule to prohibit lateral movement from the man on the mark is the AFL competition committee’s latest attempt to artificially increase scoring in the game.

“You never want to swing it too far one way. That’s our role as custodians of the game to make sure that the leavers you are pulling don’t swing it too far in a direction you don’t want to go.

“These are smaller adjustments to the game. When we go back to the 6-6-6, we thought it was something that was quite radical, but now we look at it and we feel like it’s a part of the game and has been for a long time.