Broncos prop Matt Lodge has addressed rumours of a Broncos exit and falling out with coach Kevin Walters.

Broncos prop Matt Lodge has revealed he plans to stay put in Brisbane despite rumours of a falling out with coach Kevin Walters.

The 25-year-old’s future at Red Hill appeared clouded following reports the club had been shopping him around and was willing to pay half of Lodge’s annual $800,000 salary if he moved elsewhere.

Wide World of Sports revealed late last year Lodge had drawn strong interest from the New Zealand Warriors, who were willing to sign the prop to a three-year, multi-million dollar deal.

It’s understood Lodge is contracted until the end of 2022 and has options in his favour for 2023-24.

Despite the string of recent rumours, Lodge confirmed he was committed to continuing his career with the Broncos and revealed he and Walters had “sorted things out”. 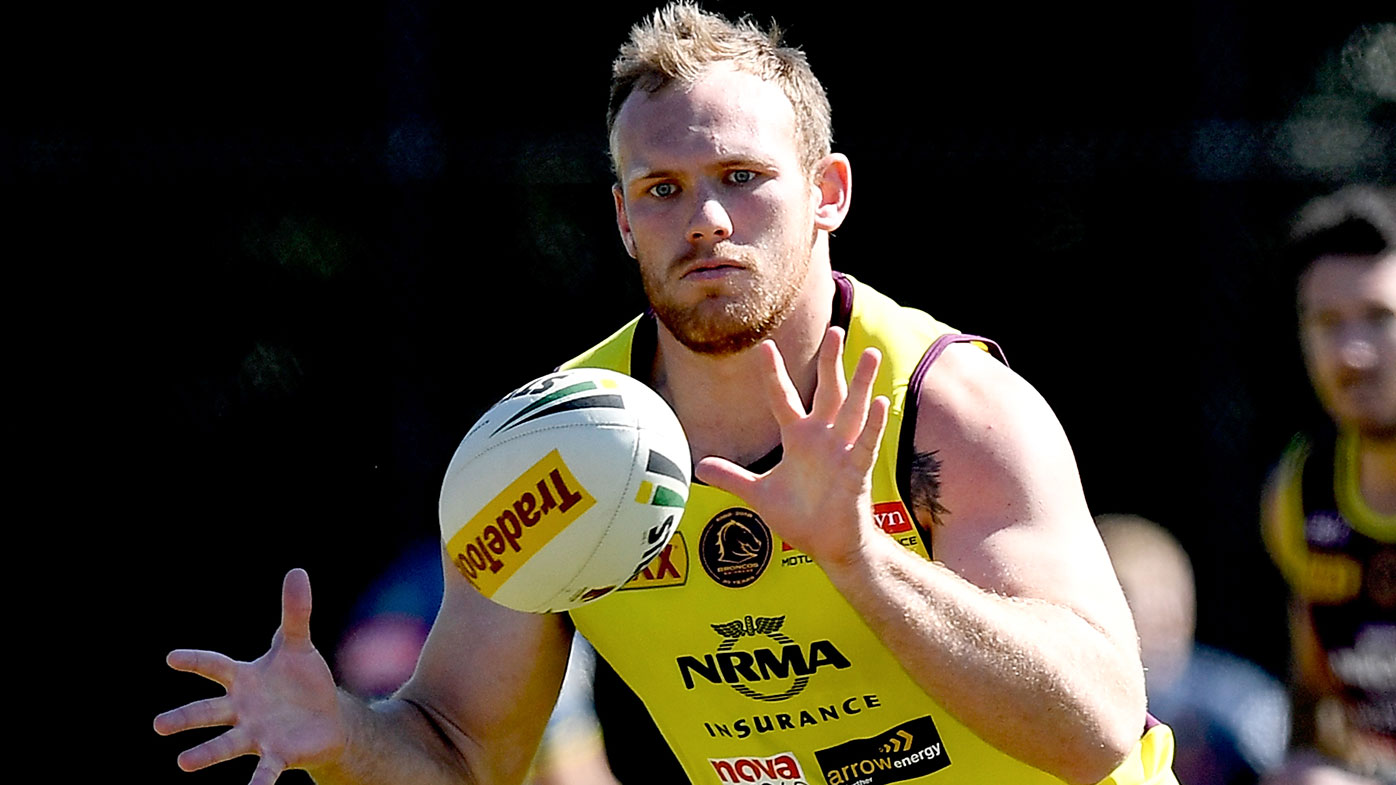 “There’s been a lot of talk but I want to stay here,” Lodge told the Courier Mail.

“Kevvie has come in as coach and he didn’t know too much about what went on with me last year.

“As coach, I guess he has every right to want to move me, but we seem to have sorted things out and I’m happy.

“Kevvie wants me here now and I’m happy here playing with my mates, so I will put in every day that I am here.”

Lodge last season endured a disappointing season after featuring on just six occasions for the club.

He was limited due to multiple knee injuries, in a season where the Broncos claimed their first wooden spoon in history.