Kurtley Beale has revealed the incredible impact that last year’s historic Indigenous anthem rendition has had in spreading Aboriginal culture.

Wallabies star Kurtley Beale has revealed the incredible impact that last year’s historic Indigenous anthem rendition has had in spreading Aboriginal culture around the world.

Sydney schoolgirl Olivia Fox won hearts and opened minds by singing Advance Australia Fair in the Eora language – along with the Wallabies – before a Australia v Argentina Tri Nations rugby Test in December.

Fox then produced a stunning encore performance on the first edition of Stan Sport’s Rugby Heaven this week (view in the player above) – as Beale watched on via video link from France.

“Very emotional – I’m so proud to be an Indigenous man of Australia and it made me feel so, so happy to hear that,” Beale said. “It means everything. It’s so great to see our culture being showcased all over the world by a national anthem.

“Olivia’s done a great job, with Randwick rugby, to firstly get it out there and showcase to everyone in Sydney, Australia and when she sung it in the Tri Nations game it was showcased over here in France and a lot of my teammates were wanting to know more about my culture.

“So Olivia, awesome stuff in trying to get everyone in Australia to come together and move together as one.” Beale added that the Wallabies playing in the Indigenous jersey was another “pinnacle moment in Australian rugby” and hoped it would become a regular, permanent occurrence.

“These moments are just step forwards for us to all come together and rugby has done a fantastic job in supporting these movements,” he said.

“To really see the respect and acknowledgement that our culture really deserves.

“I’m hoping, I know there’s strong support with the playing group and I know the fans are loving seeing the Indigenous jersey being showcased each year and I’m hoping that we continue this in years to come.” 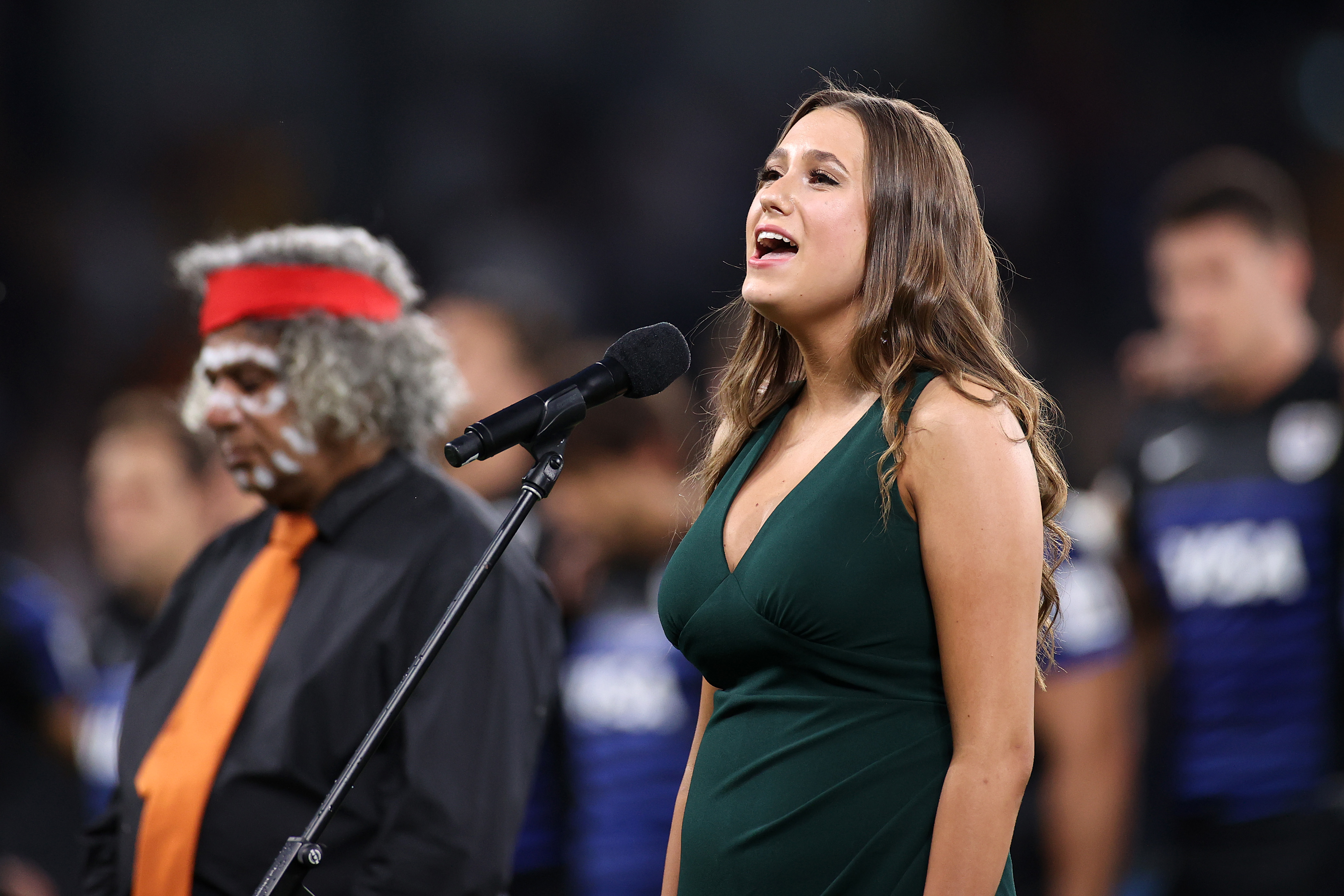 “I was not expecting it to blow up that big,” Fox said.

“All the messages from thousands of people. As I walked into school all my friends ran to me… So special, feeling all the Wallabies sing it with me.

“It didn’t feel like I was singing a solo, it was amazing. I can’t even put it into words.”

“It means so much,” O’Connor said.

“It’s the oldest civilisation in the world so I think the more we give back and we open ourselves up to what our culture actually means – the more inclusive and more progressive I feel we’ll become.” 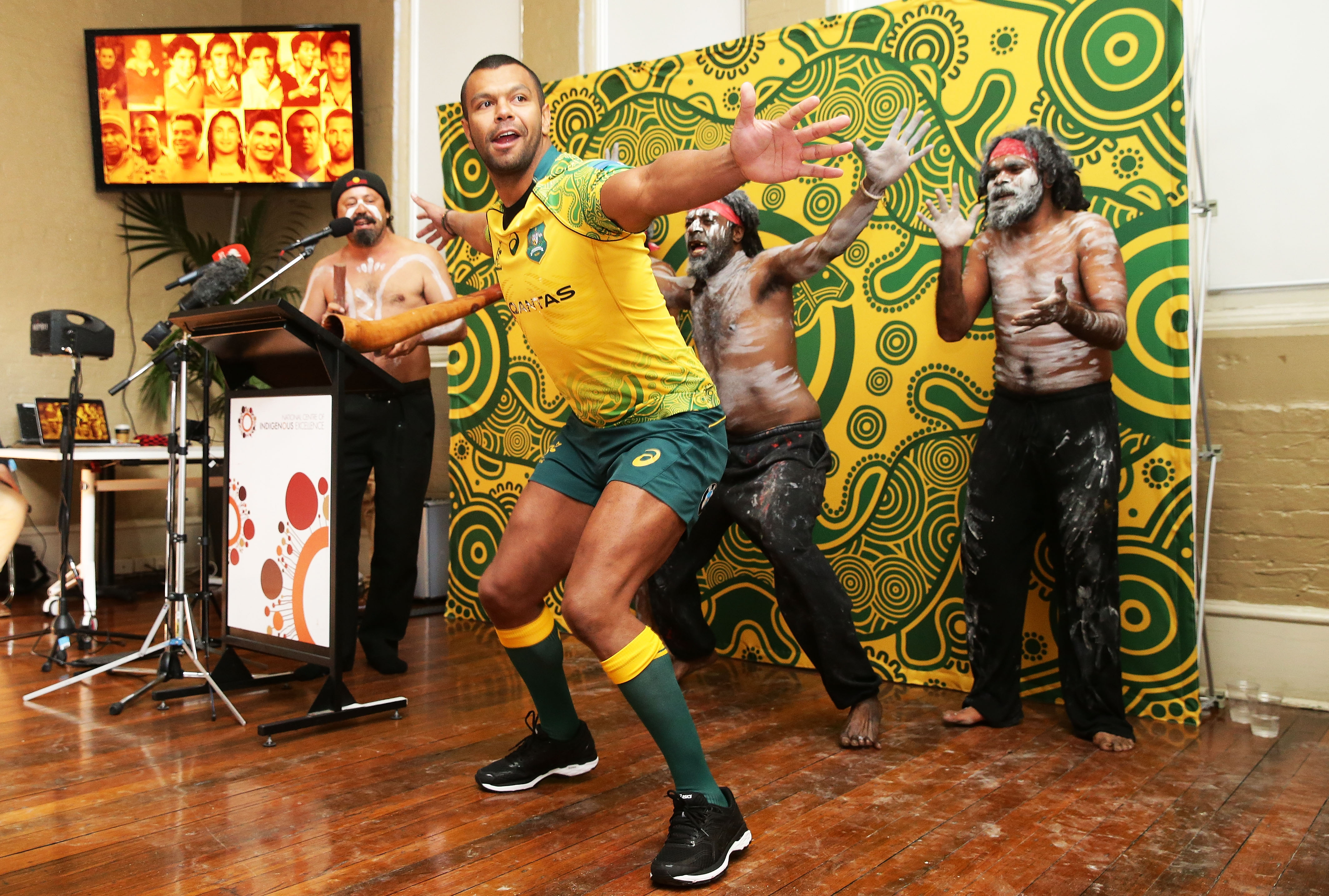 Meanwhile Beale, now playing for glamour Paris club Racing 92, confirmed his desire to line up for the Wallabies at the 2023 Rugby World Cup in France.

“Rugby-wise it’s great for me to freshen up and really push my case forward for the next World Cup,” he said.

“It’s something that I really want to do and it’s only a couple of years away now so I’m working really hard.

“A great club here at Racing, they’re one of the powerhouses here in Europe so I’m learning a lot more, I’m pushing more and I’m improving.

“Hopefully that gives me a good chance to reach my goals later on.”