Why rugby’s GOAT decided to call it quits

Dan Carter started his career as a “young little bogan” and finished as arguably the greatest in rugby history.

Not bad for a “young little bogan from Southbridge.”

Rugby icon Dan Carter, arguably the greatest player in the history of the game, has expanded on his reasons for retirement in an exclusive interview on the first edition of Stan Sports’ Rugby Heaven show on Tuesday night.

The All Blacks legend called time on his fairytale career on Saturday after winning two Rugby World Cups and finishing streets ahead as the leading point scorer in Test history (1598, next best is Jonny Wilkinson with 1246).

At 38-years-old, Carter has achieved virtually everything in the game and decided not to have another crack at Super Rugby Aotearoa after running water for the Blues last season.

“It was quite an easy decision in the end,” Carter told the Rugby Heaven panel.

“Got forced back from Japan because of the pandemic, they cancelled the season over there, had a little taste of Super Rugby Aotearoa last year, but didn’t play a game with the Blues, and realised that I just don’t have the drive and desire to play back here in New Zealand and don’t want to be playing overseas.

“So took a bit of time off last year and this year decided to make it official over the weekend.

“Dragged it out as long as I could, had some good matchups against the boys next to you (Justin Harrison and Morgan Turinui) – would have loved to have played against Campo (David Campese) – but similar to them, you just know when the time is right.

“I felt that over the last few months.”

Carter has been all poise and polish throughout his professional career but claimed to be a bit rough around the edges before some leading coaches got hold of him.

“Got to pay thanks to Robbie Deans, he was the first coach to give me a crack professionally with the Crusaders and then coached me with John Mitchell in the All Blacks,” Carter said.

“So they showed a lot of faith in this young little bogan from Southbridge in giving me a crack at such a young age.

“So I always wanted to repay Robbie for his trust in me.

“And then Wayne Smith, he’s probably the best coach I’ve ever had.

“His work ethic, his understanding of the game, the way he really challenges the players.

“I started working with him in 2004 and up until last year, 2020, when I was playing at Kobe Steelers, he was coaching me there.

Carter picked out his first and last Tests as career highlights – with some turbulence in between.

The All Blacks bombed out of the 2003 and 2007 World Cups after starting as favourites and while Carter has a winner’s medal from 2011 he missed the meaningful games with injury.

“So just to commit to my future post-2015, I knew that that was going to be the last time that I put on the black jersey and to have the fairytale finish that I did… in sport, finishing like that on your own terms is not guaranteed,” Carter said.

“And against a pretty strong Wallabies squad that was doing everything they can to stop us creating history on that day.

“So to be able to get through that on such a high and sign off on my own terms was a real highlight for me.” 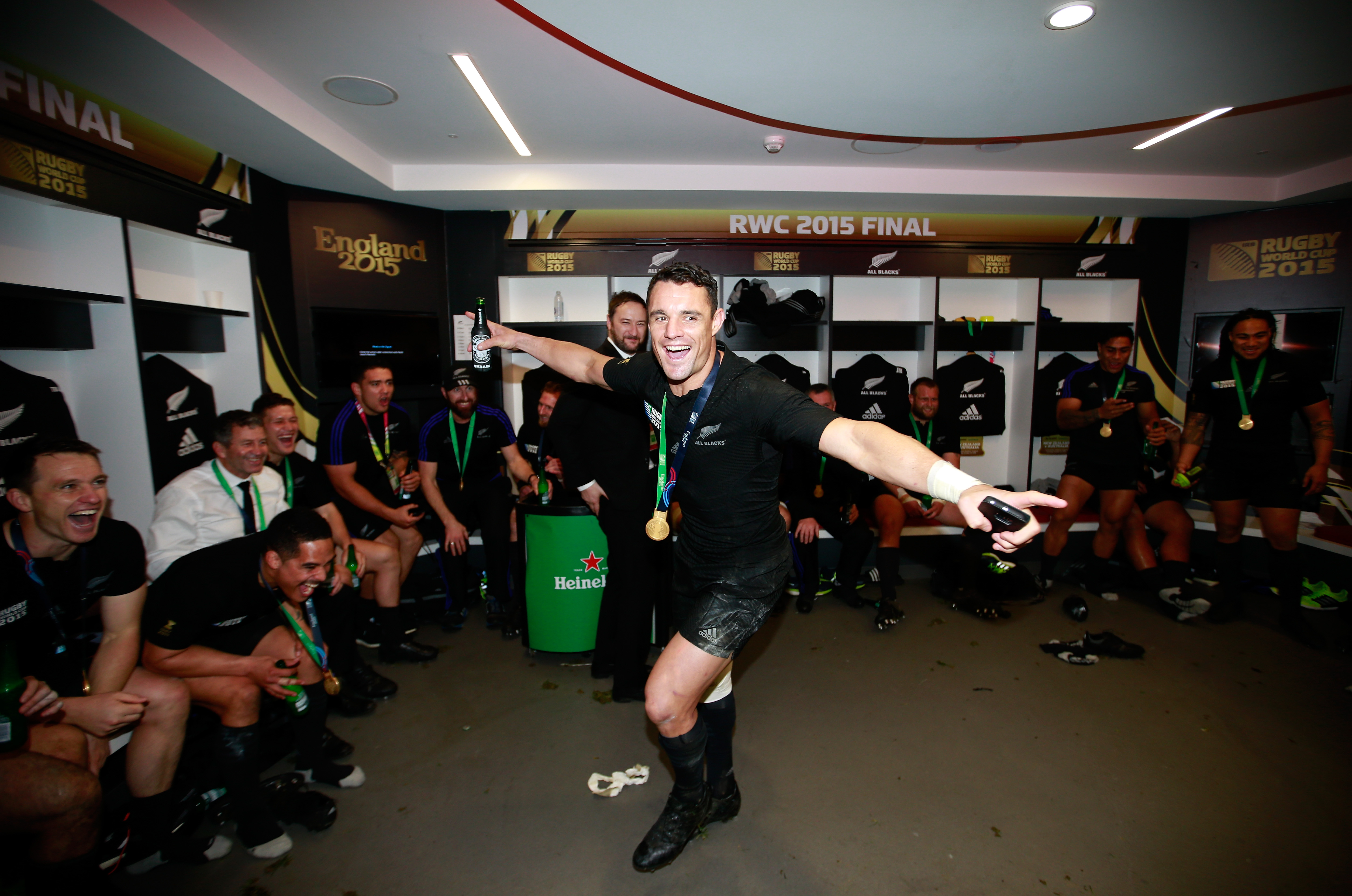 Carter also gave thanks to Kiwi great and Stan Sport expert Andrew Mehrtens for his tutelage.

“It’s a shame Mehrts isn’t on tonight because through my teenage years he was someone that I really looked up to, I had all his posters on my bedroom wall,” Carter said.

“And it was quite bizarre to be honest, when I started playing for Canterbury and the Crusaders and sitting next to my idol Mehrts, it was kind of weird.

“I was kind of following him around for the first year or two, just picking up all his tricks and learning from the old master.

“First couple of years I played 12 so I got to play alongside him which was nice and learnt a lot.” 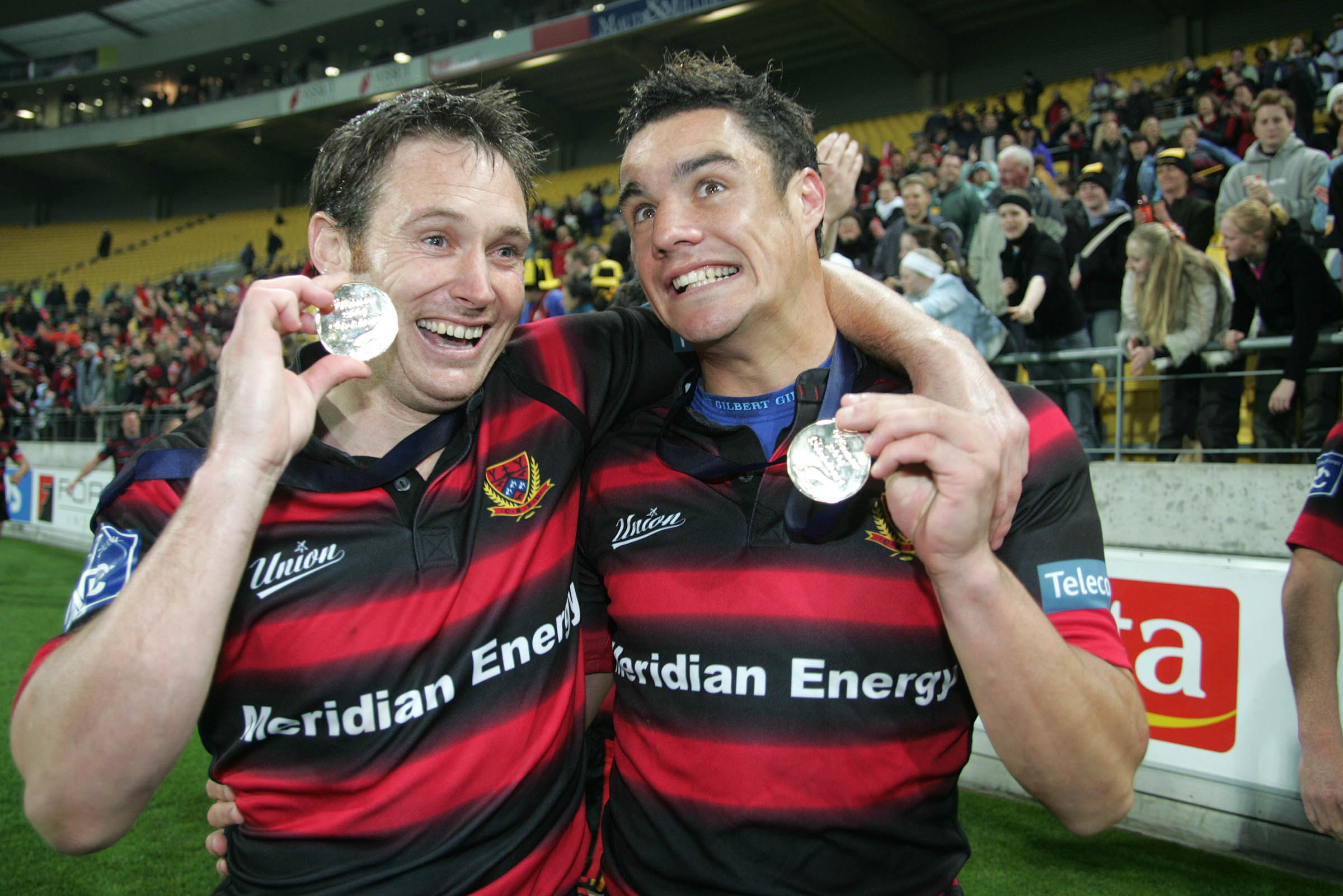 Carter had no real regrets as he looked back at his career but said he would have loved to have played with the late Jonah Lomu and against Campese.