‘Ridiculous’ Ingles goes off for Utah

Australian NBA star Joe Ingles recorded a new career-high in a big day out for the Utah Jazz.

Australian NBA star Joe Ingles and his Utah Jazz set a franchise mark for three-pointers with 28, including 19 off the bench — the most by any team’s backups in NBA history.

The Jazz today defeated the Charlotte Hornets 132-110 in a record-breaking performance from the three-point line.

Ingles and teammate Georges Niang led the way off the bench, who both notched career-highs with seven threes apiece. They both finished with 21 points, while guard Jordan Clarkson added 20 off the bench.

The Jazz in two games against the Hornets this season have produced a total of 54 three-pointers. 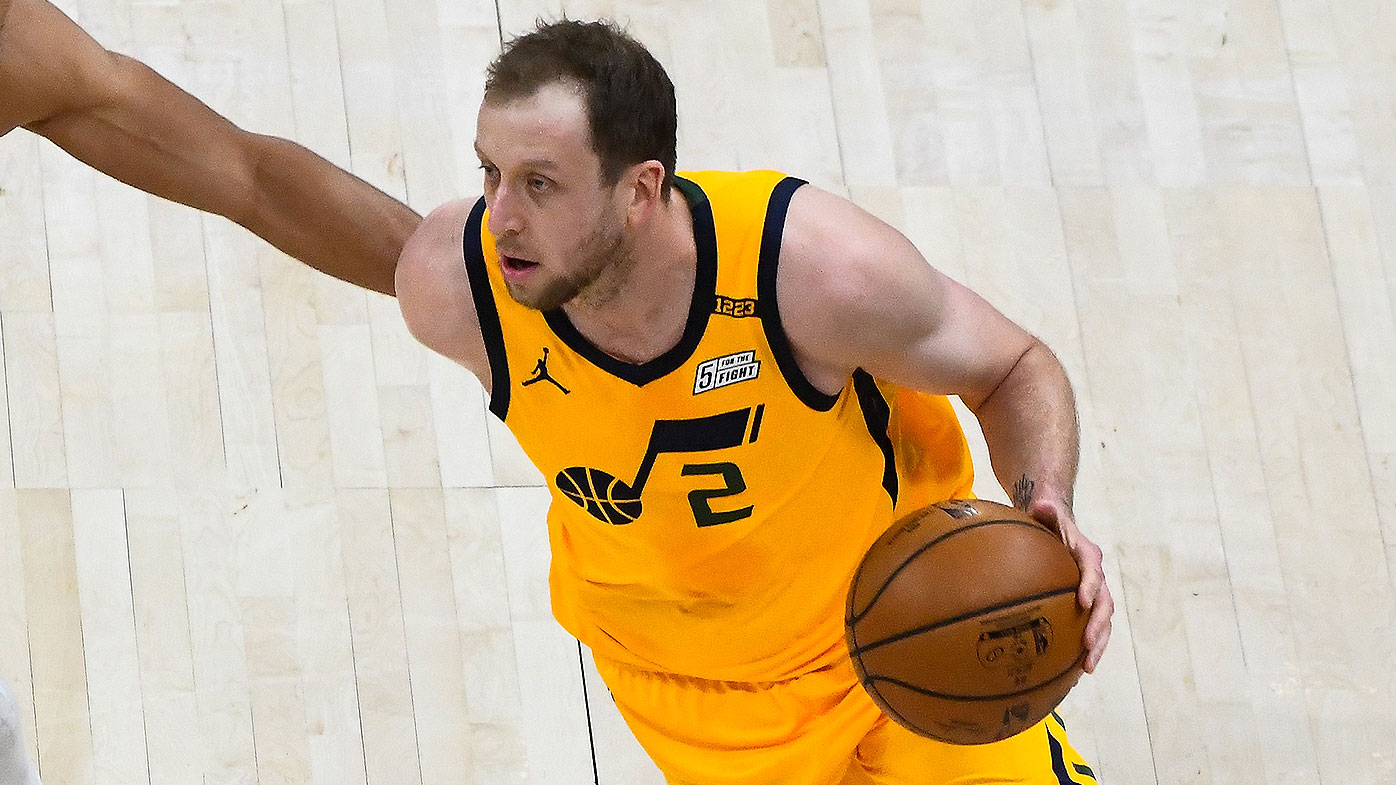 The Jazz (25-6) continuously attacked from the perimeter during the first half of today’s game. They shot 29 three-pointers before halftime — a club record for attempts in a half.

It paid off at times. Utah made eight threes in the first quarter as 72% of its shot attempts came from behind the arc during the period.

But for Ingles, a fan favourite among Utah fans, the Aussie drew many positive reactions on social media as fans marvelled at his career-high.