NBA Top Shot, sport’s first serious foray into crypto, is taking off and some of the biggest names in the game are on board.

In case you haven’t heard yet, the NBA has quickly planted its footprint within the cryptocurrency phenomenon, with fans and players investing thousands as a major boom nets early investors with loads of cash.

You may have noticed it trending on Twitter – NBA Top Shot – a blockchain-based platform that allows investors to buy, sell and trade licensed highlights from the league’s players.

NBA Top Shot has been around since July of 2019 after the NBA and its Players’ Association joined forces with Dapper Lab.

But the past seven days have seen the blockchain-based platform produce over $140 million in transactions and a 50 per cent increase in the volume of owners.

Instead of fans owning physical collectables such as trading cards, users can build a personal collection of NBA highlights from their favourite players, which can be obtained by buying packs, which include randomly inserted highlights of players, and on the website’s marketplace where members set the prices.

The reason it’s become popular is due to the clips, which fans are obtaining, being created through Blockchain – the same technology that supports Bitcoin, Etherium, and other cryptocurrencies. 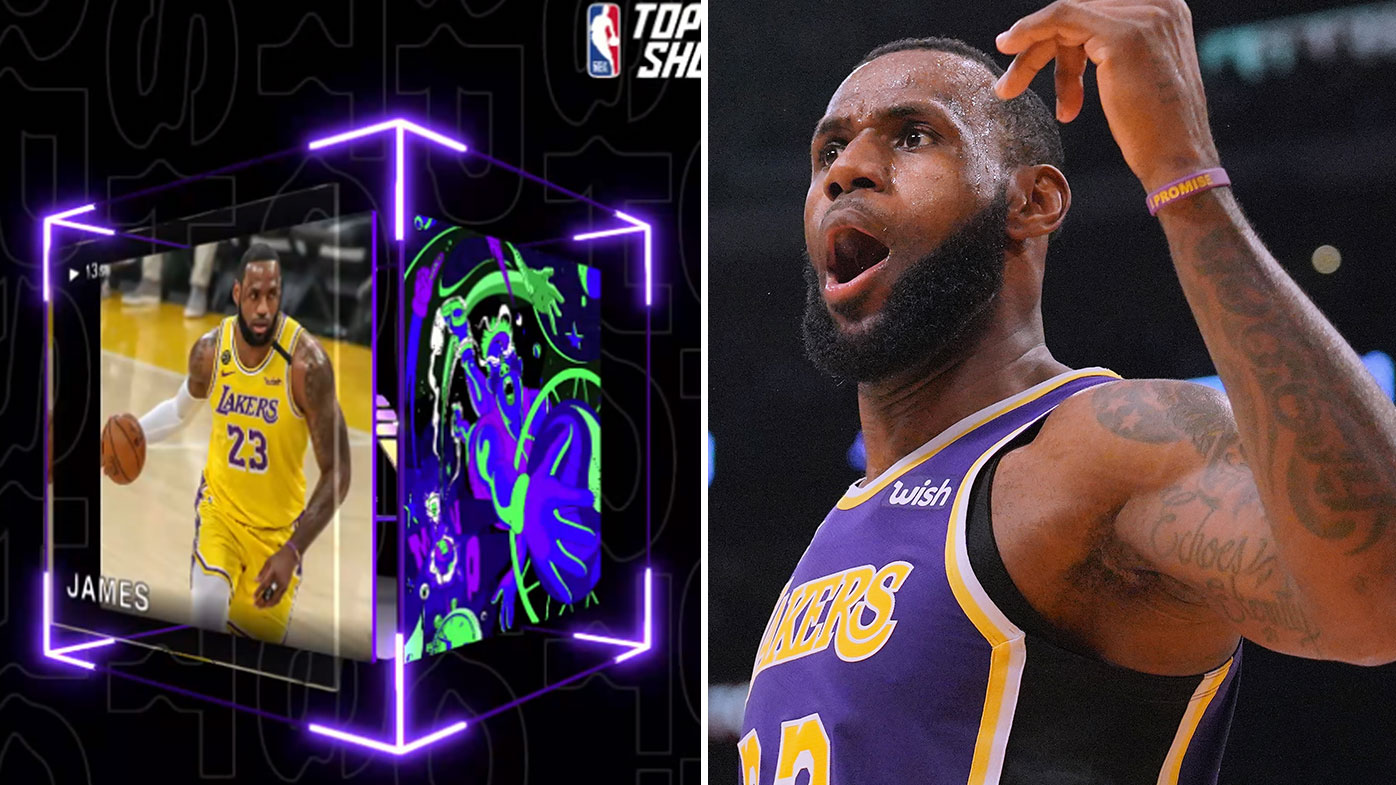 What this also means for users is that the clips can’t be duplicated and are impossible to be hacked as it’s entirely encrypted, giving fans a collectable that is unique to them.

But as the NBA Top Shot explodes among investors and fans, it’s also quickly caught the eye of the league’s current players, who have all been left stunned as their highlights sell for record prices.

For example, a highlight of Lakers superstar LeBron James dunking on Nemanja Bjelica from the NBA 2019-2020 season, earlier today sold for a record price of $263,000.

And if you think the concept is stupid or you see it crashing soon, just don’t tell that to the players who may be taking this a little more seriously than the fans.

Current players have flocked to Twitter, with some asking for advice, while many are looking to invest in themselves and their teammates.