The Richmond Tigers have received a major boost after locking in two of their triple premiership stars.

The Tigers have locked in triple premiership players Dion Prestia and Dylan Grimes, who today each signed new contract extensions.

Prestia, 28, signed on for a further three years which will see him remain with the club until the end of 2024.

While Grimes, 29, will stay in Richmond colours until the end of the 2023 season after inking a two-year deal.

The pair’s re-signings are a major boost for the club, with both stars playing key roles in Richmond’s three premierships over the past four years. 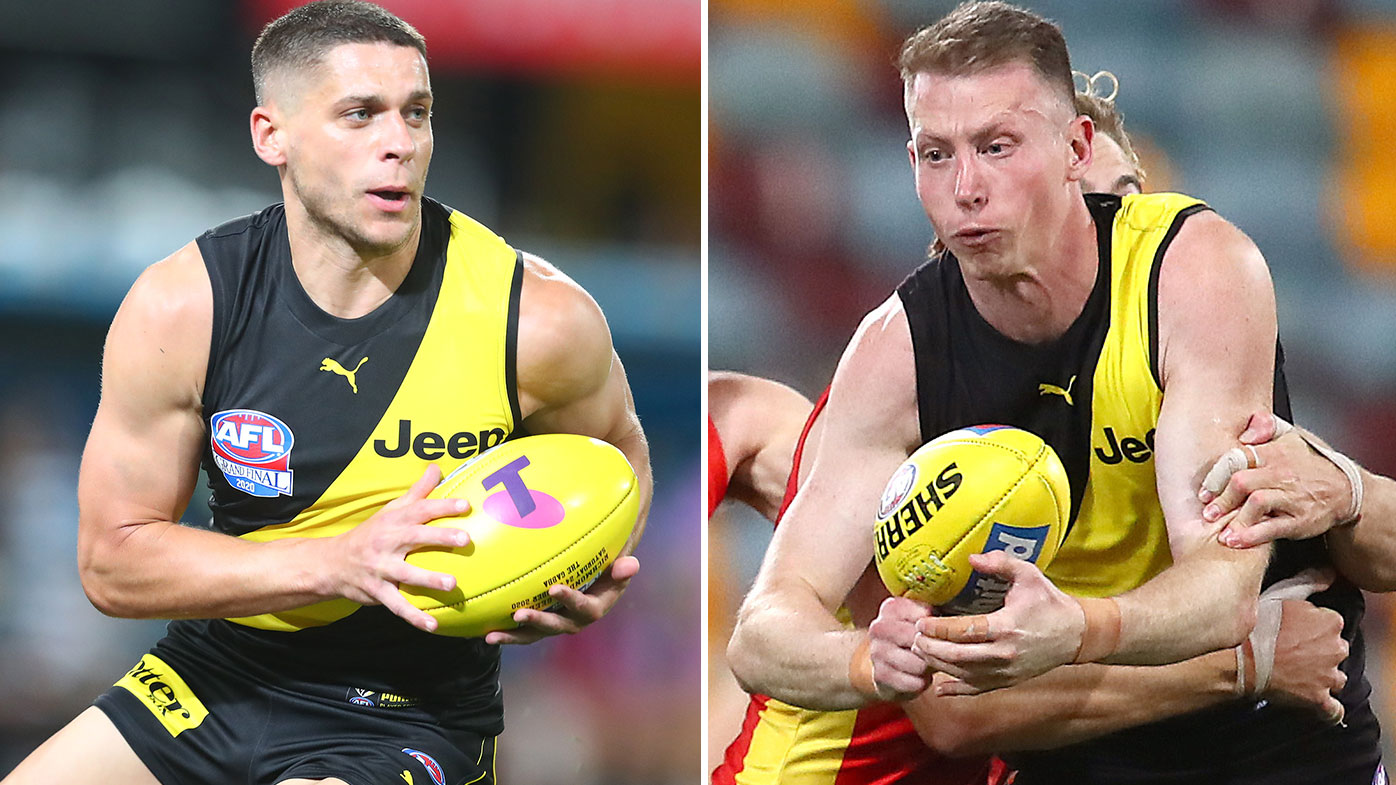 “Both Dylan and Dion have been a massive part of our recent success and are driven and hungry to help us strive for more over the coming years,” Richmond General Manager of Football Talent Blair Hartley said.

“Dylan has been a fantastic servant of the Club’s for a long period of time and continues to set high standards for all of our players on and off the field.

“He is an excellent mentor for our young defenders and one of the best performing players in the competition.

“Likewise, Dion has been a consistently high performer for us across several years.

“It has been pleasing to see Dion rewarded for his hard work in recent years, but it has not changed his desire to keep pushing himself and the group forward.”

Prestia, the club’s 2019 Best and Fairest winner, has played 164 AFL games to date between the Tigers and Gold Coast Suns. He joined the Tigers in 2017 after playing 95 games for the Suns, where he was also the club’s vice-captain for three seasons.

While Grimes, who was an All-Australian defender in 2019, has played 171 games for the club.