Manly superstar to miss start of the season

Tom Trbojevic will miss the first few weeks of the season as his hamstring issues continue.

Manly fullback Tom Trbojevic will miss the start of the season after tearing his hamstring, the club has announced.

It comes just days after it was revealed that both Trbojevic and the returning Kieran Foran had been working with ‘hamstring whisperer’ David Opar and his team at the Australian Catholic University as their suspect hamstrings were put through a series of extensive tests before Christmas. 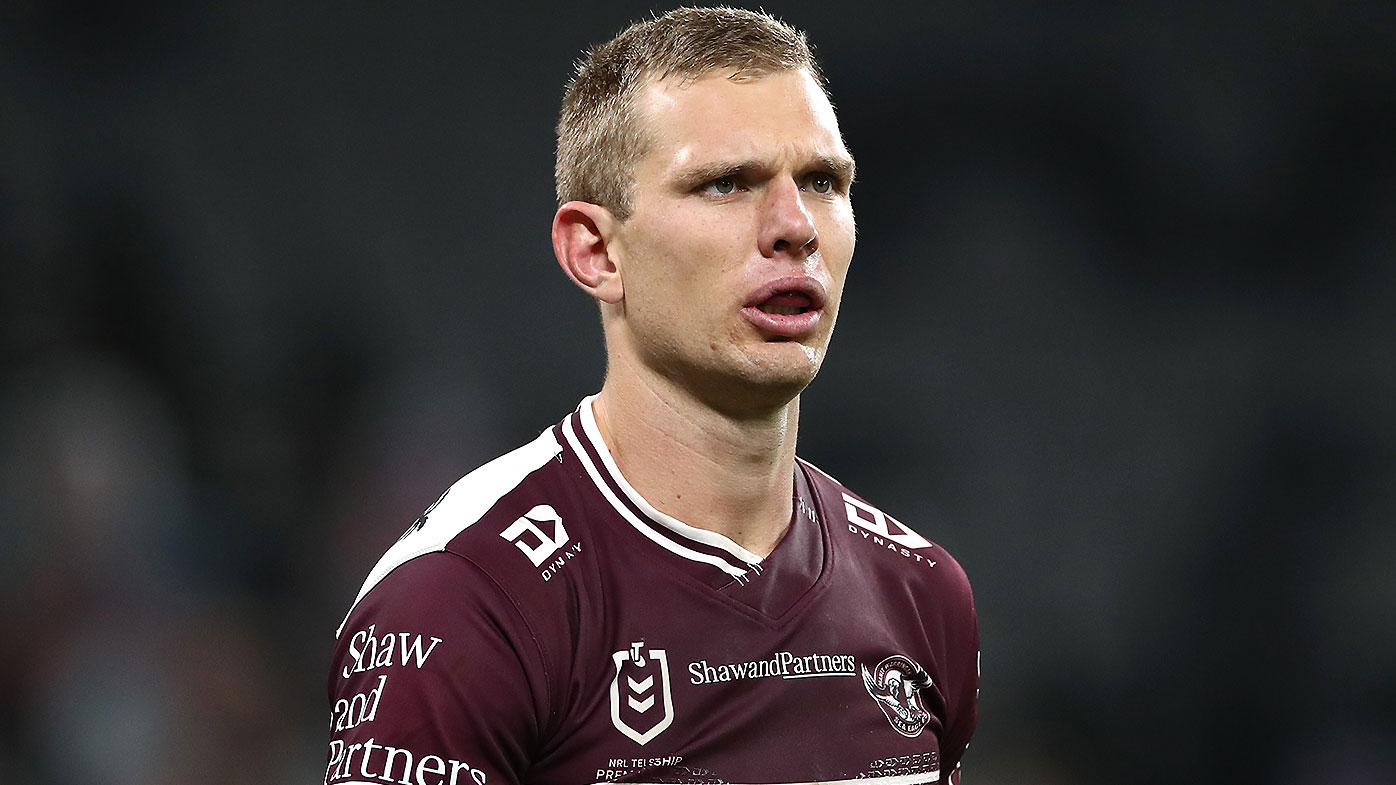 “The injury is the result of an innocuous accident,” a club statement on Monday read.

“Scans have revealed a grade two tear to his right hamstring, meaning Trbojevic will be unavailable until at least round four.”

This latest injury is not a recurrence of the left hamstring issues that have plagued him in the past, but rather an entirely separate problem with his other leg.

“I’m devastated by what’s happened. I will be working hard with the rehab team to get the hamstring right,” Trbojevic said.

The 23-year-old is arguably the most exciting player in the competition when he is on-form, but has struggled to stay fit recently, playing just 19 NRL games across 2019 and 2020.

He was in fantastic form for the first six weeks of last year, before a hamstring issue forced him to the sideline.

Trbojevic would return for just one game, three months later, only to be taken from the field with a shoulder issue.

Last year, Andrew Johns expressed concerns on the Sea Eagles’ over-reliance on Trbojevic, and questioned if they could win without him.

“That’s a real worry where a lot of your game is based around one player,” the immortal said in October.

“He just adds so much. Such a freakish player – they’re one-paced without him, they haven’t got that flair.”

Manly will open their season on Saturday March 13th at the SCG against the Roosters.