Jennifer Brady’s Australian adventure began with 15 days of hard quarantine and ended with her playing for the title.

Jennifer Brady’s Australian adventure began with 15 days of hard quarantine — stuck in her hotel room because she might have been exposed to COVID-19 while travelling to the country — and ended with her playing for the championship at Melbourne Park.

The 25-year-old American won’t be leaving with the Australian Open title after losing to Naomi Osaka 6-4 6-3 on Saturday. Brady does depart with a strong sense that she deserves a spot in her sport’s upper echelon.

Of the quarantine that so many affected players complained about, Brady had no complaints and did not feel that it overly compromised her preparation; though admitted to one nagging thought.

“I mean, I made my first Grand Slam final. So maybe if I wasn’t in quarantine, I would have won. Maybe,” she said with a smile.

“Yeah, I don’t think it really hampered me much. Who knows? You know, you really don’t know.” 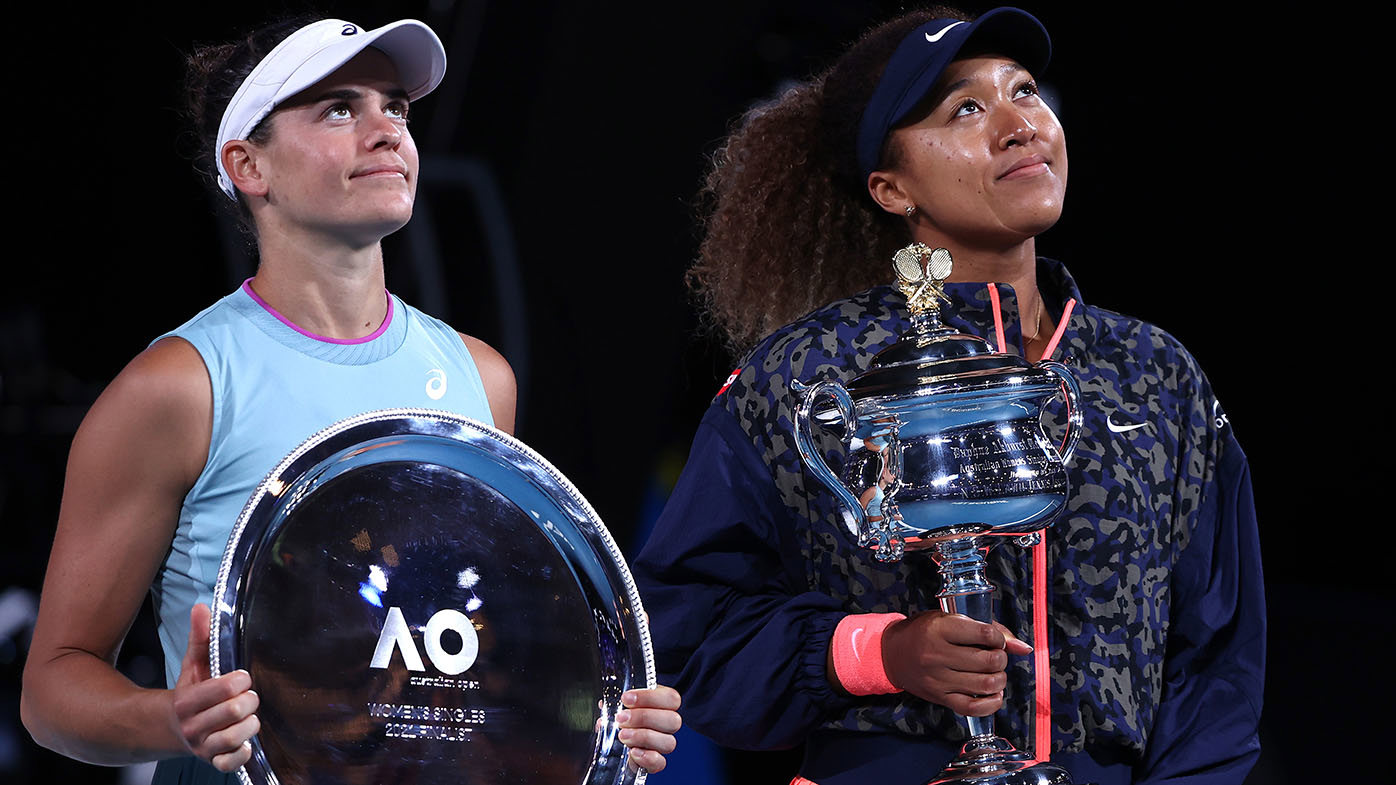 Brady, who is from Pennsylvania and played college tennis at UCLA, was one of 72 players who needed to go into hard lockdown for at least two weeks after they were on a chartered flight with someone who tested positive for the coronavirus upon arrival in Australia.

She couldn’t leave her room for any reason at all, so there was a lot of FaceTiming with friends, ordering in food for delivery — and hitting tennis balls against a bed mattress.

Brady was the only singles player in that group who made it to week two of the year’s first Grand Slam tournament and thought perhaps the break from routine did her some good, allowing her to rest physically and mentally.

In the biggest match of her career, Brady was even at 4-all at the outset before some jittery mistakes led to a six-game run for Osaka that changed the complexion of things.

Still, Brady leaves with a self-belief she never used to have.

“I belong at this level. I think winning a Grand Slam is totally achievable. It’s within reach,” said Brady, who will rise from No.24 to No.13 in the WTA rankings.

“Playing out there, obviously, I was nervous. Didn’t go my way. But at the same time, coming off court, I was, like, ‘OK, that feels a little bit normal.’ It felt different than what I was expecting it to feel like. If you were to ask me maybe a year ago, I wouldn’t think it’s possible — or it would feel like it’s like going to Mars.” 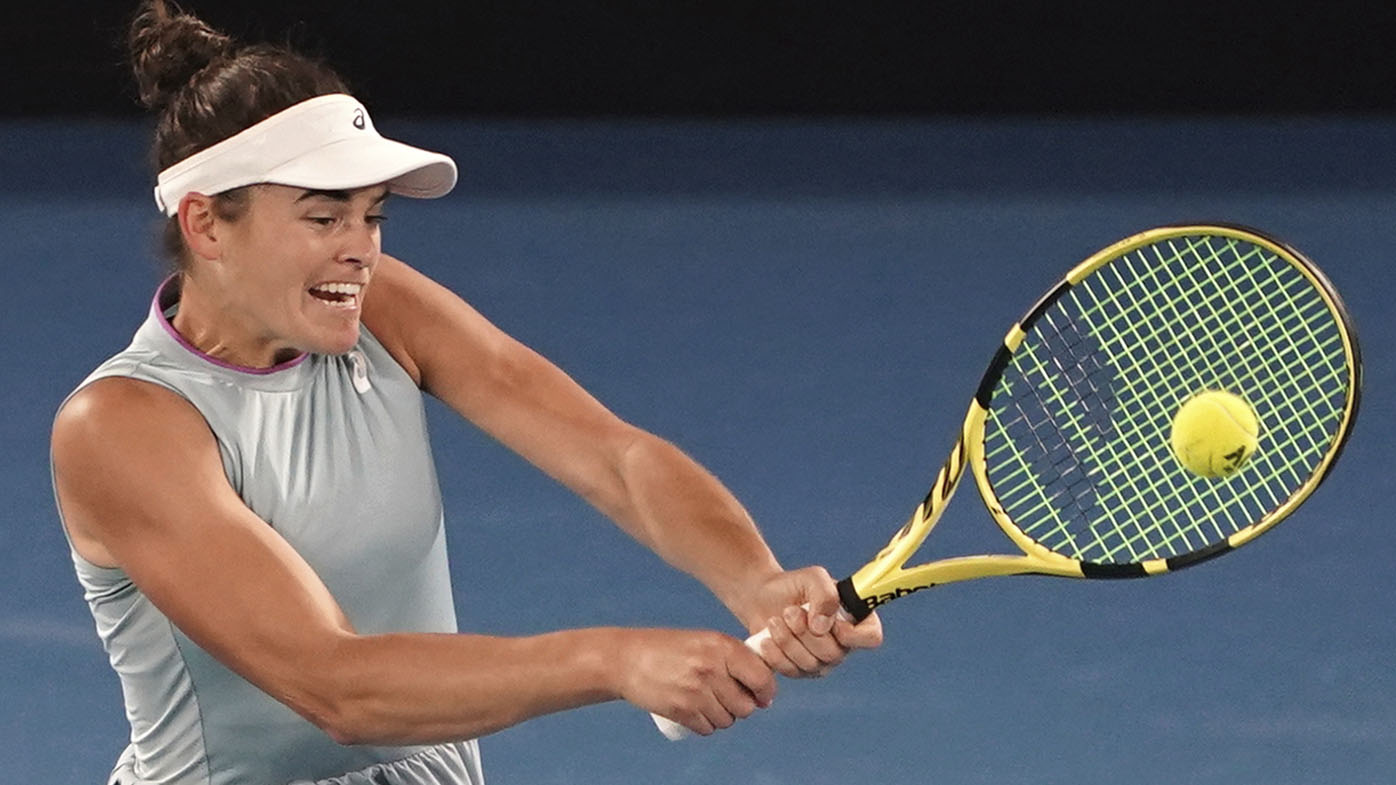 She has come so far, so fast, and points to two key factors that helped her: beginning to work with coach Michael Geserer in 2019, and playing against — and practicing with — elite players, which showed her that she could trade swings with the best the sport has to offer.

Consider her resume: When the Australian Open began two weeks ago, Brady’s career record in the tournament was 3-3, including first-round exits last year and in 2018, plus a loss in qualifying in 2019.

She owned one career title, which arrived at Lexington, Kentucky, last August, right after tennis resumed following a five-month hiatus caused by the coronavirus pandemic.

“I told everyone that would listen that you’re going to be a problem — and I was right,” Osaka told Brady during Saturday’s trophy ceremony with a chuckle, after asking her whether she prefers to be called Jenny or Jennifer. “To see your growth over the past few months is really cool for me to see.”

Brady’s Grand Slam breakthrough came when she made it all the way to the semifinals of the US Open in September.

Ran into Osaka there, too, pushing her to three sets before losing.

“I don’t think, you know, she’s God,” Brady said about Osaka, who is now a four-time major champion at age 23. “I think maybe Serena (Williams) is. Maybe she’ll get there.”