Cameron Smith was spotted at a Titans trial match for the second time in a matter of months as the club denies a link.

The NRL season is just three weeks away and Cameron Smith still hasn’t announced what 2021 is going to look like for the legendary hooker.

And since the NRL, fans and the media have no idea if Smith will play this year, the unknown is fueling the NRL rumour mill into overdrive.

Smith was seen watching on from the grandstand during a Gold Coast Titans pre-season game on Friday night, despite hard denials from the Titans about the legend playing for Justin Holbrook’s team this season.

Smith relocated with his family to Queensland after taking out the 2020 NRL premiership in October with the Melbourne Storm. His contract with the premiers has expired and Melbourne has made its intentions clear by announcing a dual captaincy for 2021, with Jesse Bromwich and Dale Finucane, replacing Smith in the top leadership role.

The 430-game veteran originally said he would decide his future by Christmas, but is still yet to make a call. Last month Smith was spotted at a Titans under 19s trial in Coffs Harbour.

While it can be revealed that Smith was in northern NSW to watch the Titans lower grades, Smith was with ex-Storm teammate Matt Geyer, whose son Cole plays in the Gold Coast under 19s side.

Smith was with Geyer again on Friday night as the Titans were beaten 36-34 by Queensland Cup side Burleigh Bears at Pizzey Park on the Gold Coast. Regardless of the constant denials from officials, his presence around the NRL club has sparked suggestions he will go around again for the Titans in 2021.

Titans coach Justin Holbrook denied being aware of Smith’s presence in the crowd after the game.

“Oh, was he? I’ve got no idea. It’s probably because he lives here,” he said, according to The Courier-Mail. 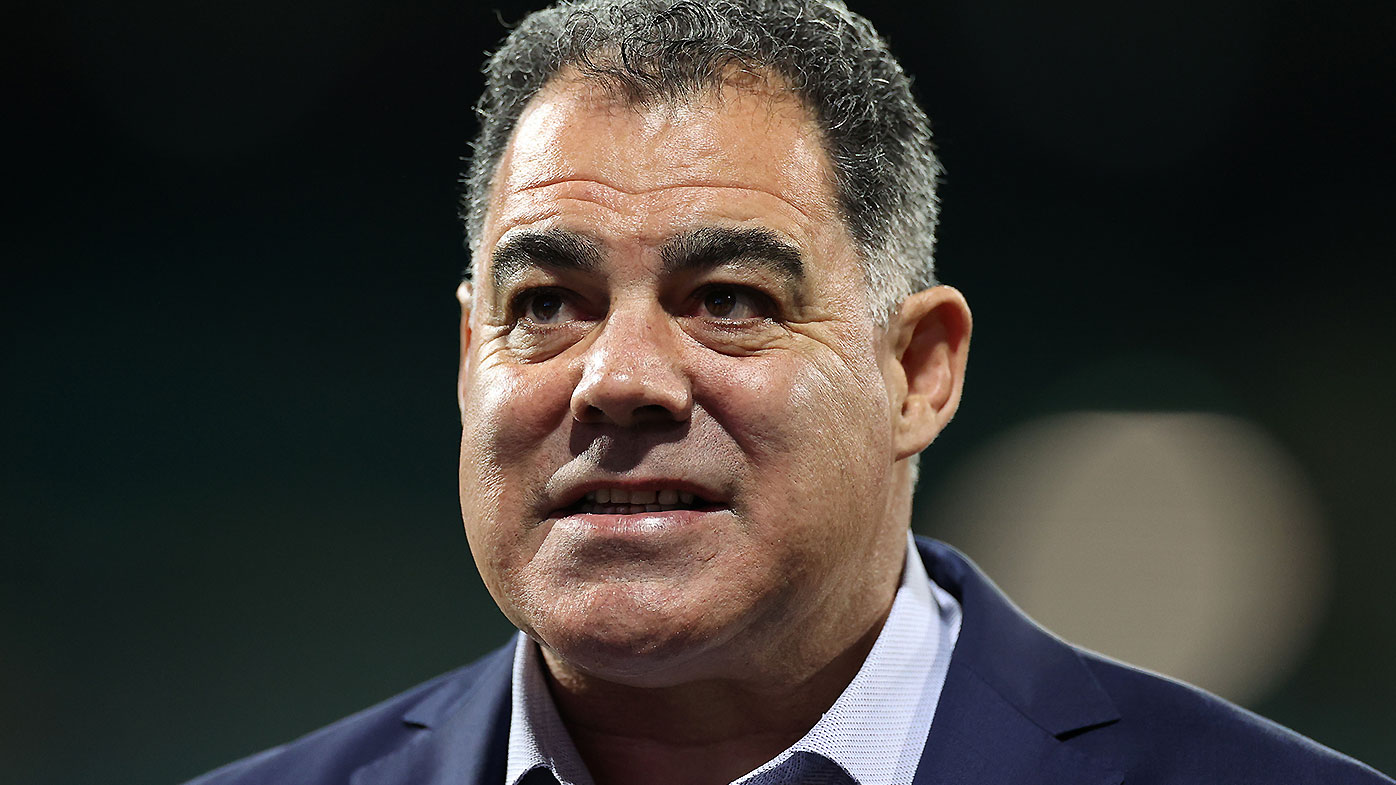 “You told me you weren’t going to ask me anymore (laughs).”

On Tuesday, Titans chief executive Steve Mitchell denied the club had been in contact with Smith.

“Retention and recruitment is something we don’t comment on, but we haven’t had any discussions (with Smith),” Mitchell said.

“The start of the season’s about three weeks away … It’s never been looked at as an option.

A day after Mitchell’s comments, the Titans mysteriously announced a strengthened partnership with Marsden State High School, Smith’s old school. And funnily enough, the announcement was made in front of the “Cameron Smith Grandstand”.

“We haven’t talked to Cam Smith, that is 100 per cent fact,” Meninga said.

“It really is that simple. 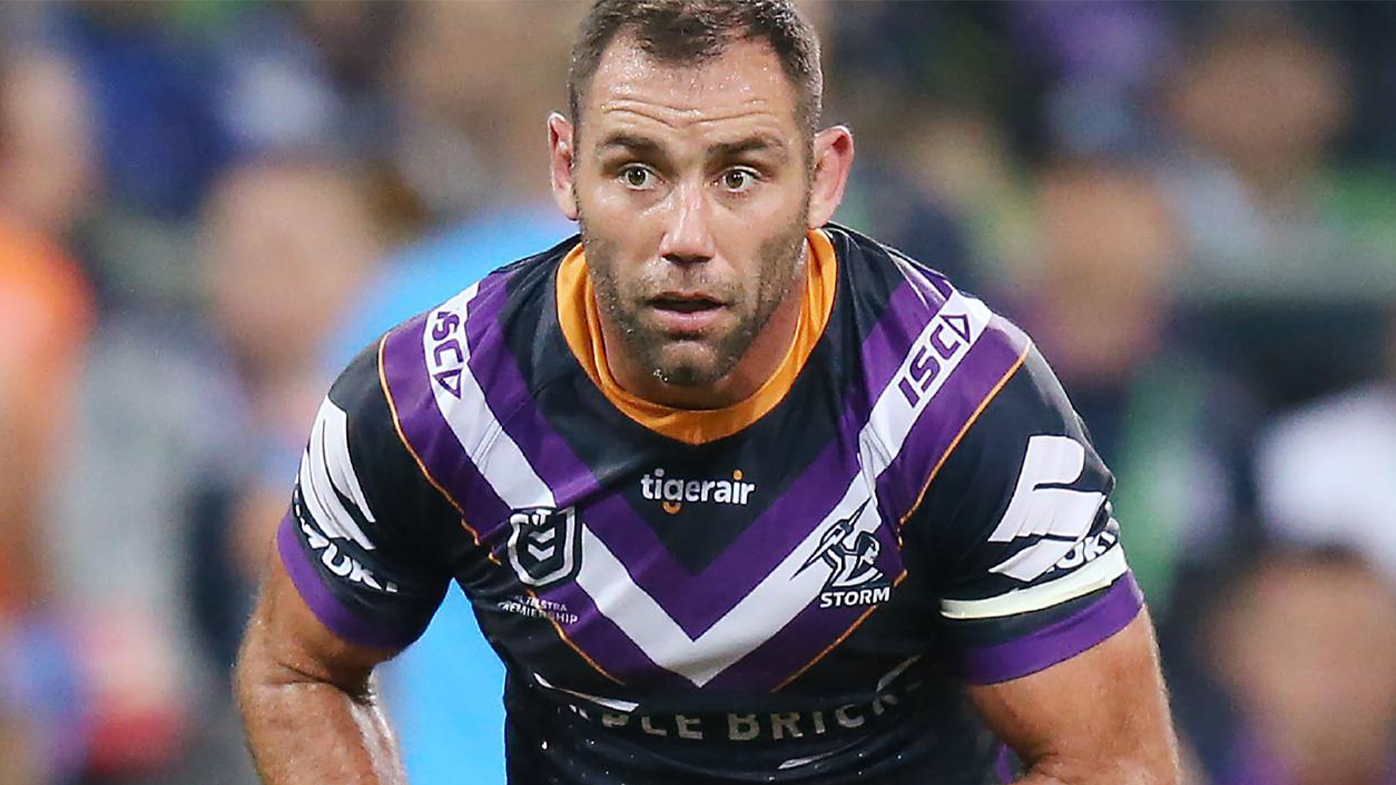 “There is all sorts of talk about him living on the Gold Coast and playing for us, but we haven’t spoken to him.

“I don’t have any idea what Cam is doing. I don’t know if he’s retiring. I’m in the dark like everyone else. But I know he won’t be at the Titans.”

Adding another wrinkle to the story is the Broncos declaring public interest in snaring Smith if he indeed decides to continue playing.

“Look, who wouldn’t want Cam Smith, he is a legend of the game,” Broncos chair Karl Morris told The Courier Mail.

“But I can honestly say I haven’t spoken to him and I don’t know anyone at the Broncos who has spoken to him.

“The ball is in his court. If Cam called any club tomorrow and said he wanted to play for them, including the Broncos, you would send a limousine to his house.