Thurston wants All Stars to be as big as Origin

Cowboys legend said the dream of playing for the All Stars is on the way to becoming as aspirational as State of Origin.

Johnathan Thurston said the dream of playing for the Indigenous All Stars is “one hundred per cent” on the way to becoming as aspirational for young Indigenous players as State of Origin.

“For our people, this game represents so much more,” he said.

Cultures are set to collide in Townsville, Saturday 20th February. Secure your seats at https://tickets.nrl.com/allstars 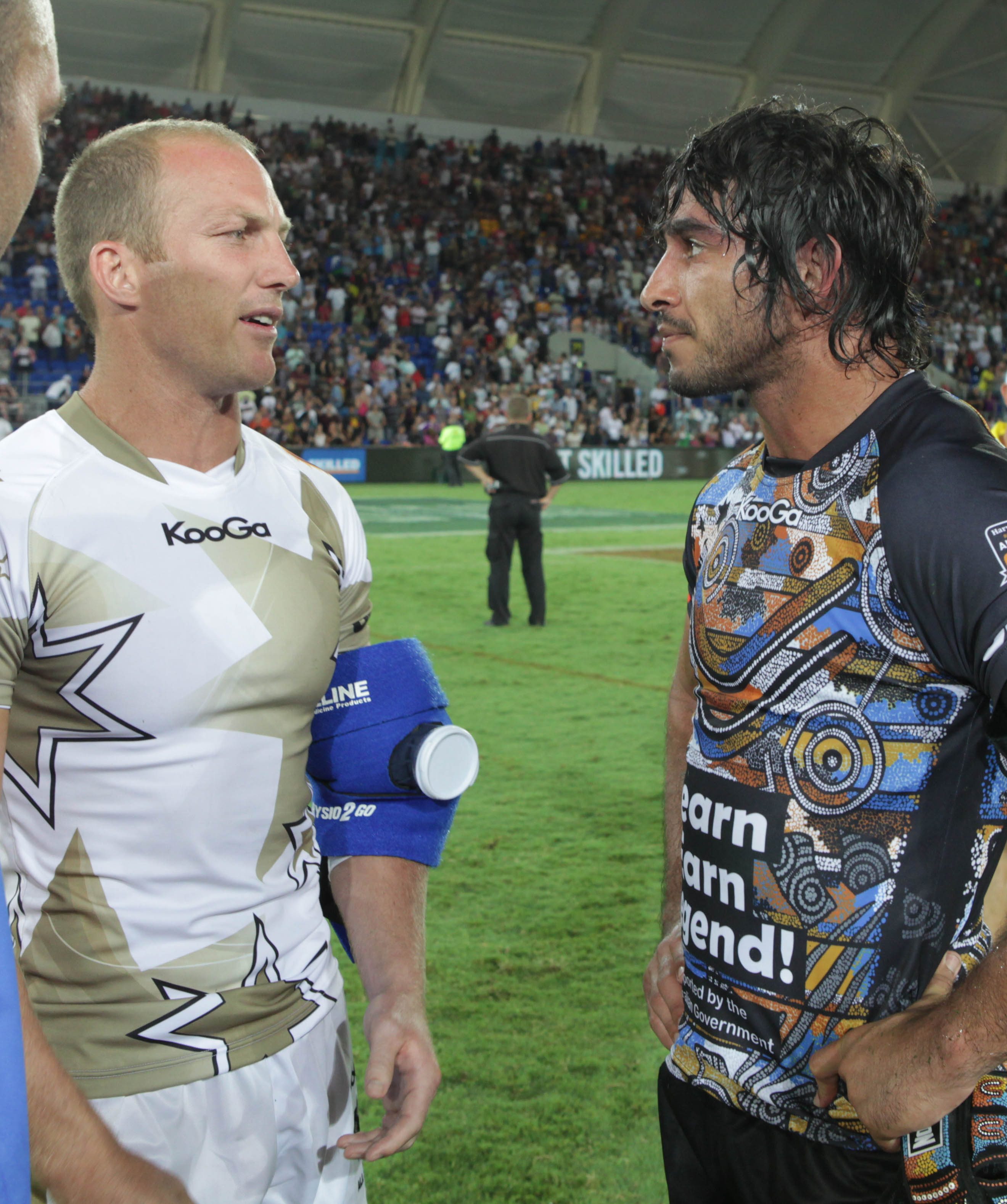 “It’s huge to be selected. You know when you put that jersey on who you’re representing, and hopefully it continues to inspire the next generation of kids to reach for the stars.”

Dragons prop Josh Kerr told Thurston he grew up watching the first few iterations of this game as a teenager, dreaming of one-day being part of the event.

“He played in this game before he made his NRL debut, what a story. It’s taught him so much about his culture and who he is as well,” Thurston said.

“If there’s one thing that I try to teach to our younger generation is don’t be ashamed of where you come from. Your bloodline and your ancestors have been here for 60,000 years.”

The four-time Dally M winner said that the week leading up to the game has been all about getting a deeper understanding of who you are, and where you’ve come from.

“There’s a lot of boys like myself who didn’t know much about our history,” he said.

“Without the All Stars, I probably wouldn’t have been able to do some things I ended up doing, finding out more about my family and culture.”

One moment he treasures was a trip to Gunggari land in south-west Queensland, near Roma.

“I got to take my grandfather out to his country, where my mum grew up, along with four of my uncles and half a dozen of my cousins. We spent a weekend out there, doing traditional dancing, and it just had a really calming influence on me.”

“I started asking more questions, not only about my family history but also about the history of our nation.” 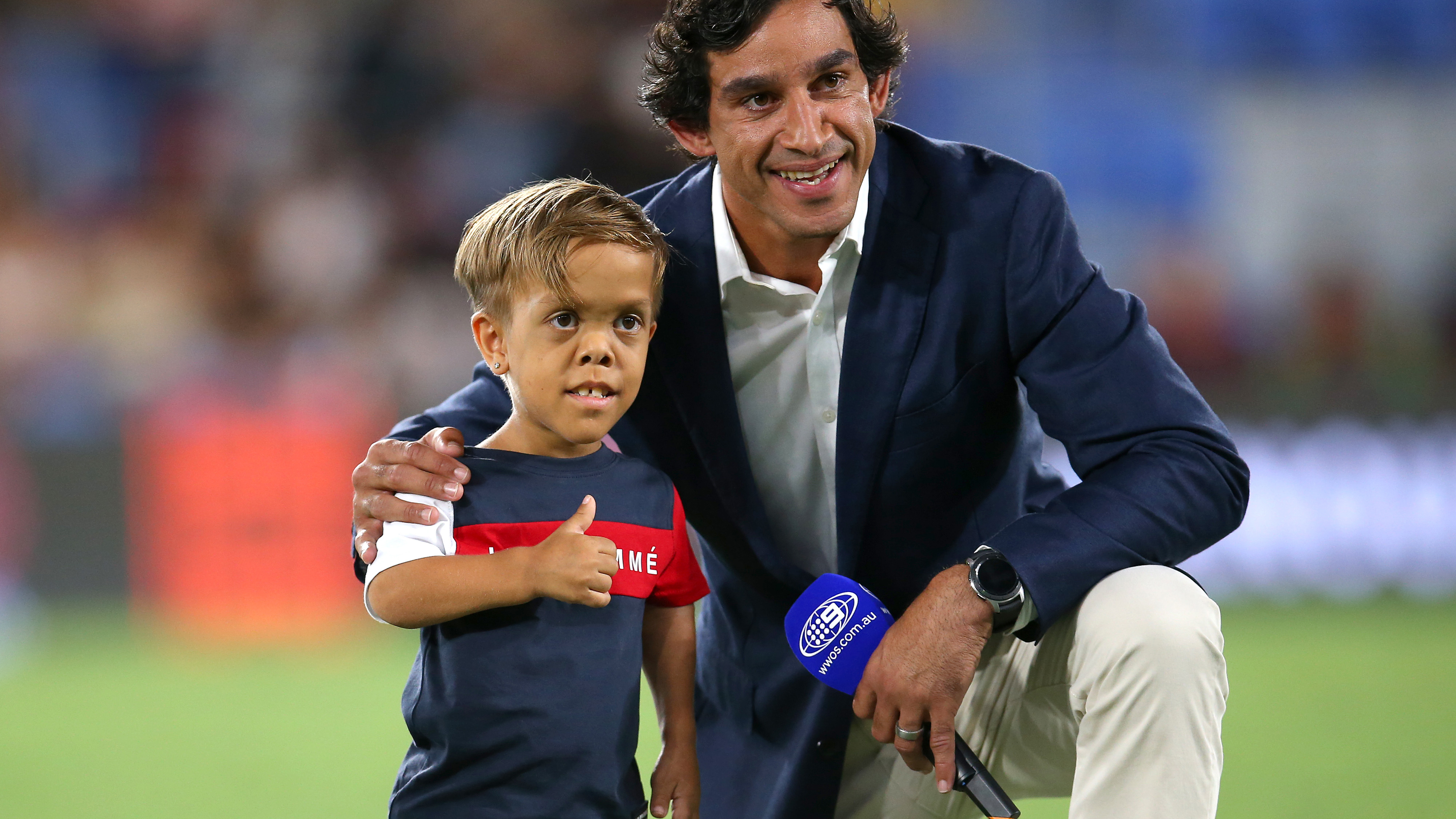 The relationship between Indigenous Australia and rugby league obviously isn’t perfect, but the former Maroons’ halfback said it stacks up extremely favourably compared to other sports.

“I believe rugby league is creating social change – but that’s not to say there hasn’t been racist incidents. We’ve seen it with some of our stars, it still exists, but I do believe that the NRL is at the forefront of the nation when it comes to organisations helping work towards reconciliation.”

Thurston tipped skipper Cody Walker to feature strongly, and praised the way the Rabbitohs’ five-eighth had elevated his game since being taken off in his State of Origin debut in 2019.

“He’s showed incredible resilience and confidence in himself to get his game back to where it belongs. Being the captain will be a huge honour for him and look good on the CV as well.”

Walker became just the fourth man to captain the team the last time this game was played – after Preston Campbell, Greg Inglis, and Thurston himself – and after Joel Thompson took the reins last year, Walker will lead the team out for the second time on Saturday.”

The passion is clear in Thurston’s voice when he talks about the spiritual aspects surrounding the game – from the welcome to country, to the war cry, and the way tribal dances wake up their ancestors.

“For us, playing a game like this – it’s all your family talk about. They talk about the game and the war cry, and having a part in that, it just gives you goosebumps to know how proud your people are.” 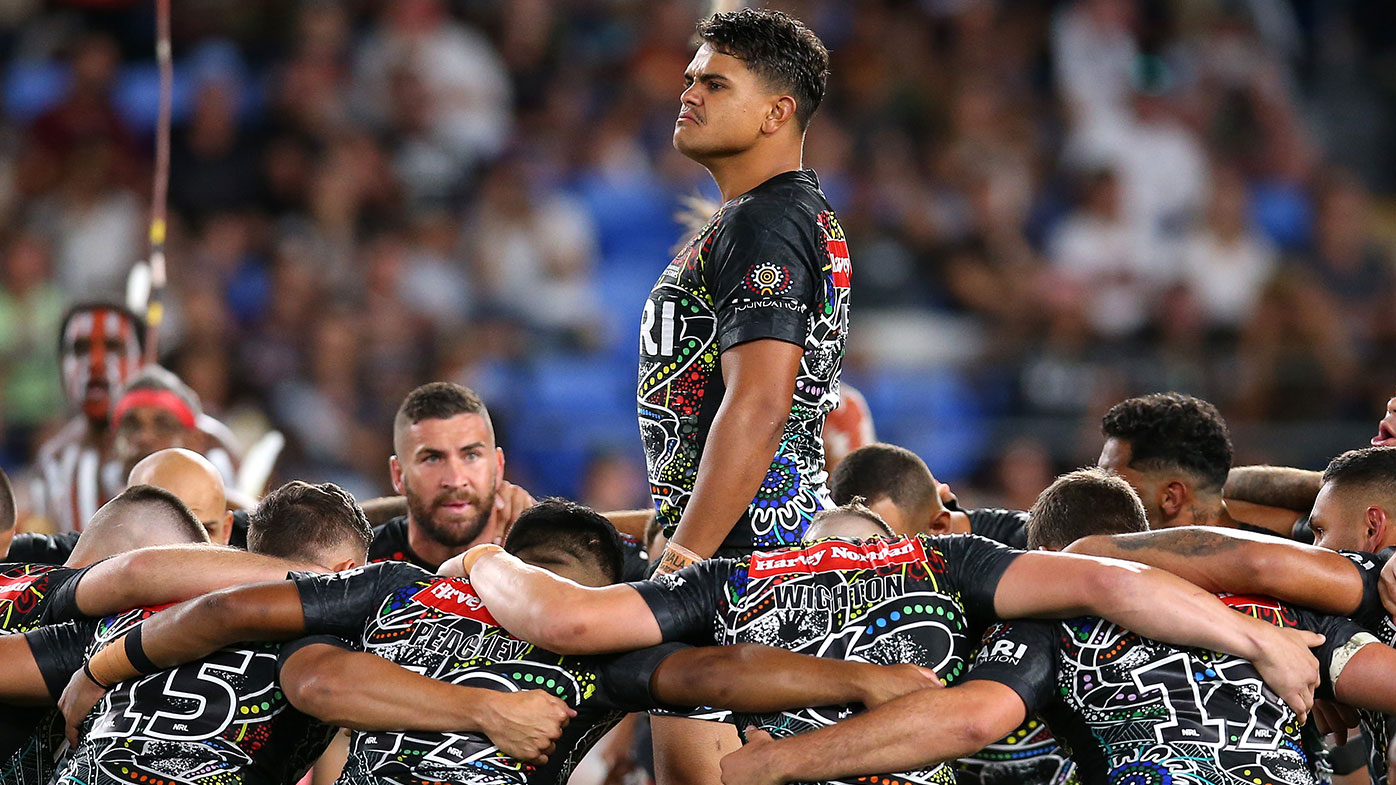 He also said the game provides a window for non-Indigenous people to learn more about the native culture of Australia.

“It’s giving people a deeper understanding of where our culture has come from, what our culture has endured, and that we should celebrate the successes of each other and take this nation forward.”