American Jennifer Brady’s win during the Australian Open semi-final wasn’t without a rather awkward blunder.

American Jennifer Brady is through to the final of the Australian Open after defeating Czech Karolina Muchova.

Brady, who went into this afternoon’s match without having dropped a set all tournament, was forced into her toughest match yet, with Muchova pushing her to three tough sets with the pair trading blows in a thrilling climax as the 22-seed attempted to serve it out.

With Brady stepping up to attempt to close out the match, Muchova lifted to play some of her best tennis with her back against the wall. In a battle within the battle that went for over 10 minutes, with Brady leading 5-4, the final game of the match see-sawed across five deuces before Brady prevailed on her fifth match point to defeat Muchova, 6-3 4-6 6-4. 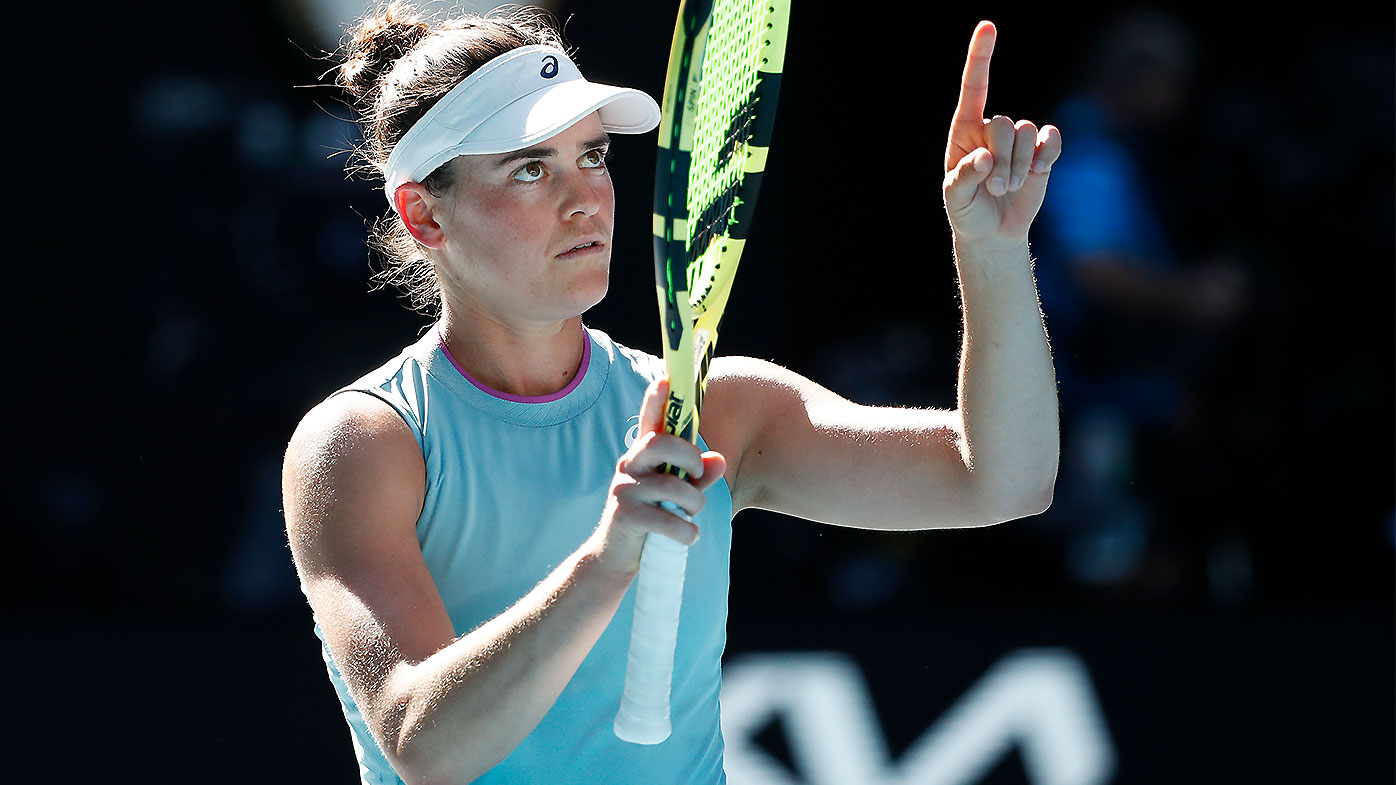 However, Brady’s win wasn’t without an awkward blunder after the American dropped to her knees in celebration after thinking she had sealed the match moments earlier.

On her second match point, leading 40-30, Brady delivered a powerful backhand which Muchova blasted straight into the net.

But the American’s backhand was ruled out, with Hawk-Eye Live technology showing the ball landed millimetres outside of the court as Brady and a number of fans cheered in mistaken celebration.

“She thought she won,” Jelena Dokic said on Nine’s coverage.

Despite reaching the final, Brady conceded she was far from her best today, revealing after the match that her legs felt as if they were “stuck in mud”.

“I can’t feel my legs. My legs are shaking and my heart is racing,” she said.

“After the first set, I was like: ‘Okay, let’s focus here Jenny.’

“I was feeling a little strange today. I was super excited but at the same time, I was pretty flat-footed. My legs felt fresh but at the same, they just weren’t moving.

“I felt I was stuck in mud. I didn’t really pick up my intensity until the beginning of the third set.”