Stefanos Tsitsipas was left with no words after achieving one of tennis’ most remarkable feats against Rafael Nadal.

Stefanos Tsitsipas has been left “speechless” after completing the task which is nigh on impossible in the tennis world: overcoming a two-set deficit against Rafael Nadal.

Tsitsipas became just the third player to defeat Nadal after falling in an 0-2 hole, joining Roger Federer and Fabio Fognini as the only players to achieve the feat as he claimed a 3-6 2-6 7-6 (4) 6-4 7-5 win to send Nadal crashing out of the Australian Open.

Coming into the match having not dropped a single set, Nadal looked all but set to march through to another semi-final before Tsitsipas staged a remarkable comeback in the final three sets, taking Nadal’s all-time record in matches where he holds a two-set lead to 246-3.

The Greek No.5 seed’s epic rescue job was so improbable that he himself was unable to describe how he dug himself out of a seemingly insurmountable deficit. 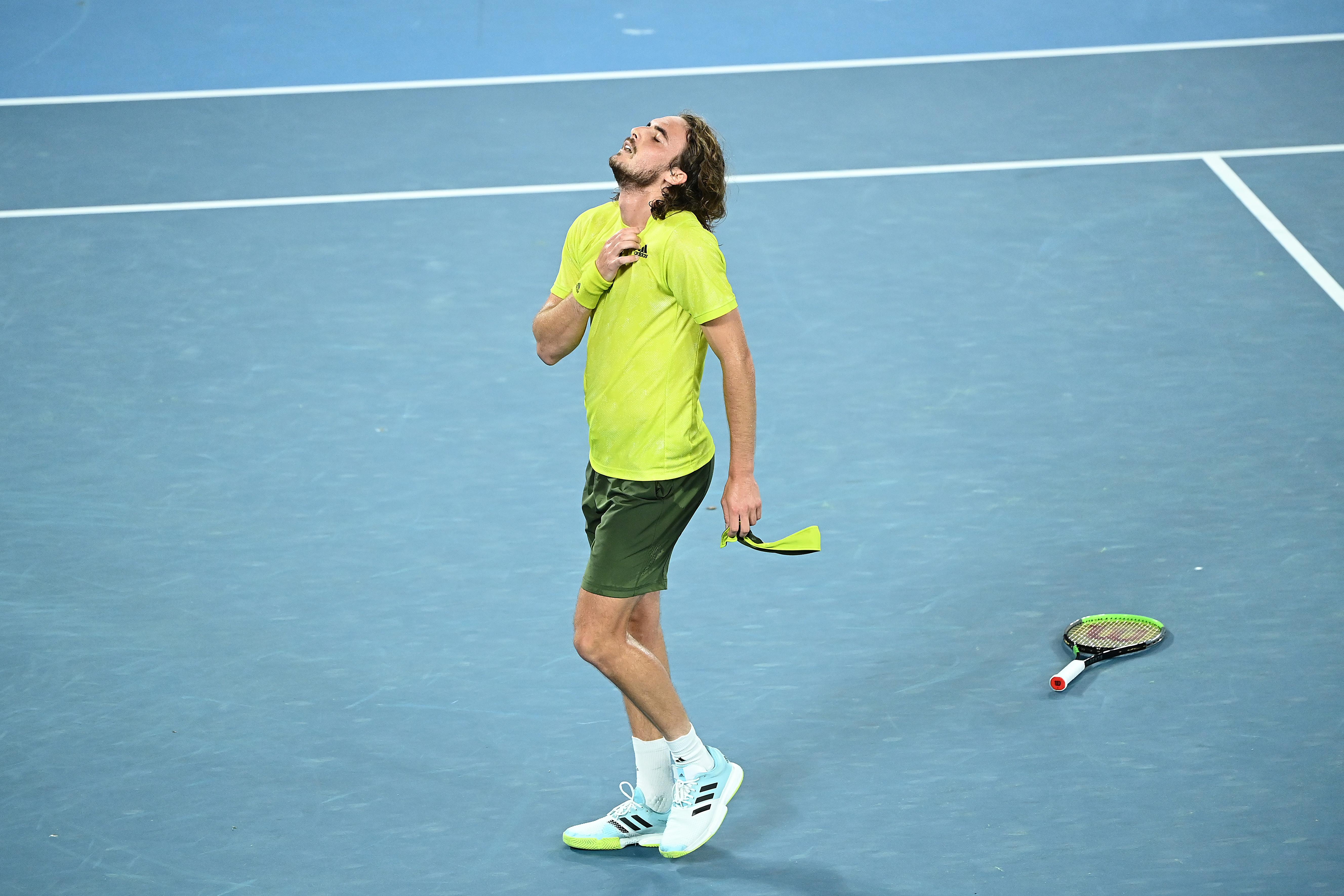 “I’m speechless. I have no words to describe what just happened on the court, my tennis speaks for itself,” an emotional Tsitsipas told Nine’s Jim Courier after the win.

“It’s an unbelievable feeling to be able to fight at such a level and to just be able to leave my all out on the court.

“I started very nervously, I won’t lie. I don’t know what happened after the third set, I flew like a little bird and everything was working for me.

“The emotions at the very end are indescribable, they were something else.”

Tsitsipas’ temperament was praised heavily by Nine’s commentary team throughout the contest, particularly when he received a coaching violation at a crucial juncture in the fourth set with the scores level at three games apiece. 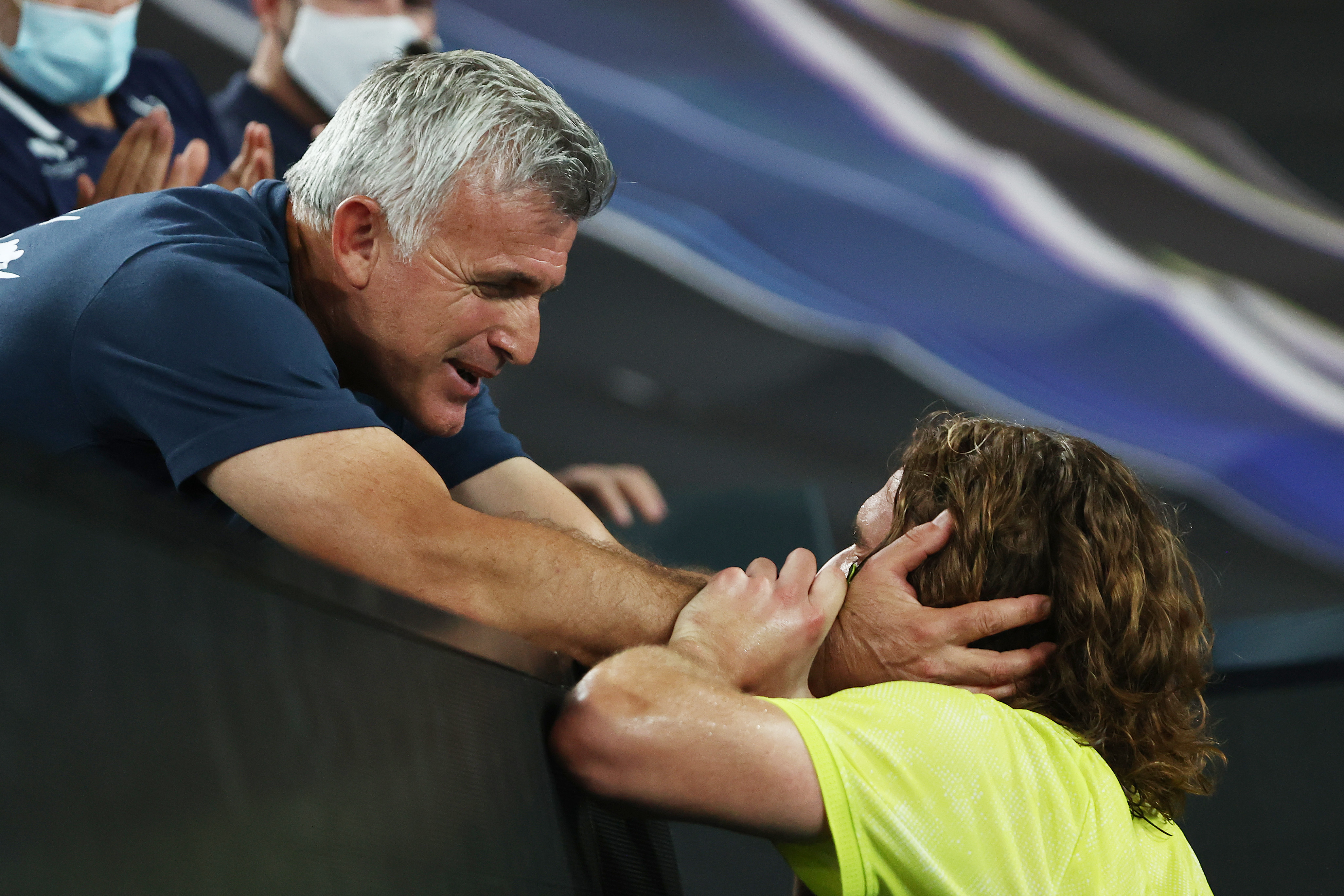 Following his win, Tsitsipas admitted that being able to stay even keel throughout the contest had allowed him to pull through and defeat Nadal.

“It was something that I focused a lot on today,” he said.

“Staying calm on the court and holding my nerves is a very important element and I’ve been failing to do it in some of my matches.

“I would also give a big part of my win today to that, being able to be consistent with my mood and just staying calm in the crucial, tight moments, that helped a lot.

“I’ve been working on trying to keep everything to myself and it is also something I’m really really happy with the attitude that I showed out on the court.” 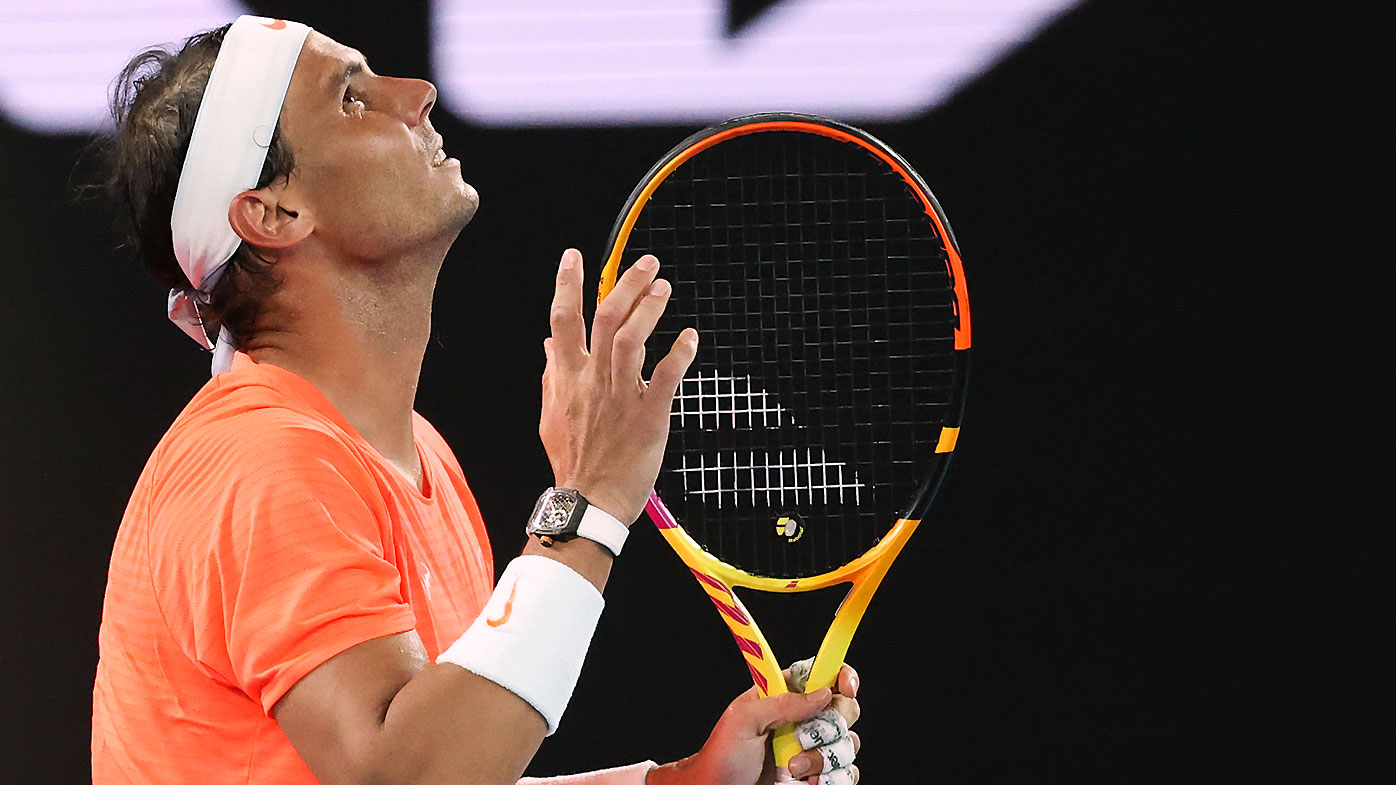 Following Tsitsipas’ improbable victory, Todd Woodbridge exclaimed that the 22-year-old had “come of age on Rod Laver Arena”, while fellow Australian tennis icon Lleyton Hewitt called it an “unbelievable” win, noting that the No.5 seed looked “down and out” at one stage.

Next up for Tsitsipas is a tantalising semi-final match-up against fellow young gun Daniil Medvedev.

Tennis has been waiting on the next generation to challenge the existing big three of Nadal, Djokovic and Federer.

Maybe the 2021 Australian Open will be remembered as the tournament where the new kids on the block truly arrived.