Stefanos Tsitsipas was handed a warning for coaching after the Greek star appeared to receive some instructions from his box.

Stefanos Tsitsipas was handed a warning for coaching after the Greek youngster appeared to receive some instructions from his box late in his quarter-final clash with Rafael Nadal.

Having fought back from two sets down, Tsitsipas managed to force a fourth set out of the Spaniard to keep the match alive.

Locked up in the fourth, Tsitsipas was pulled up by chair umpire Damien Dumusois for what he assumed was a time violation, before he released a warning for coaching.

The moment held some significance considering Patrick Mouratoglou, the coach who was embroiled in Serena’s infamous US Open meltdown, is also a member of Tsitsipas’ team. 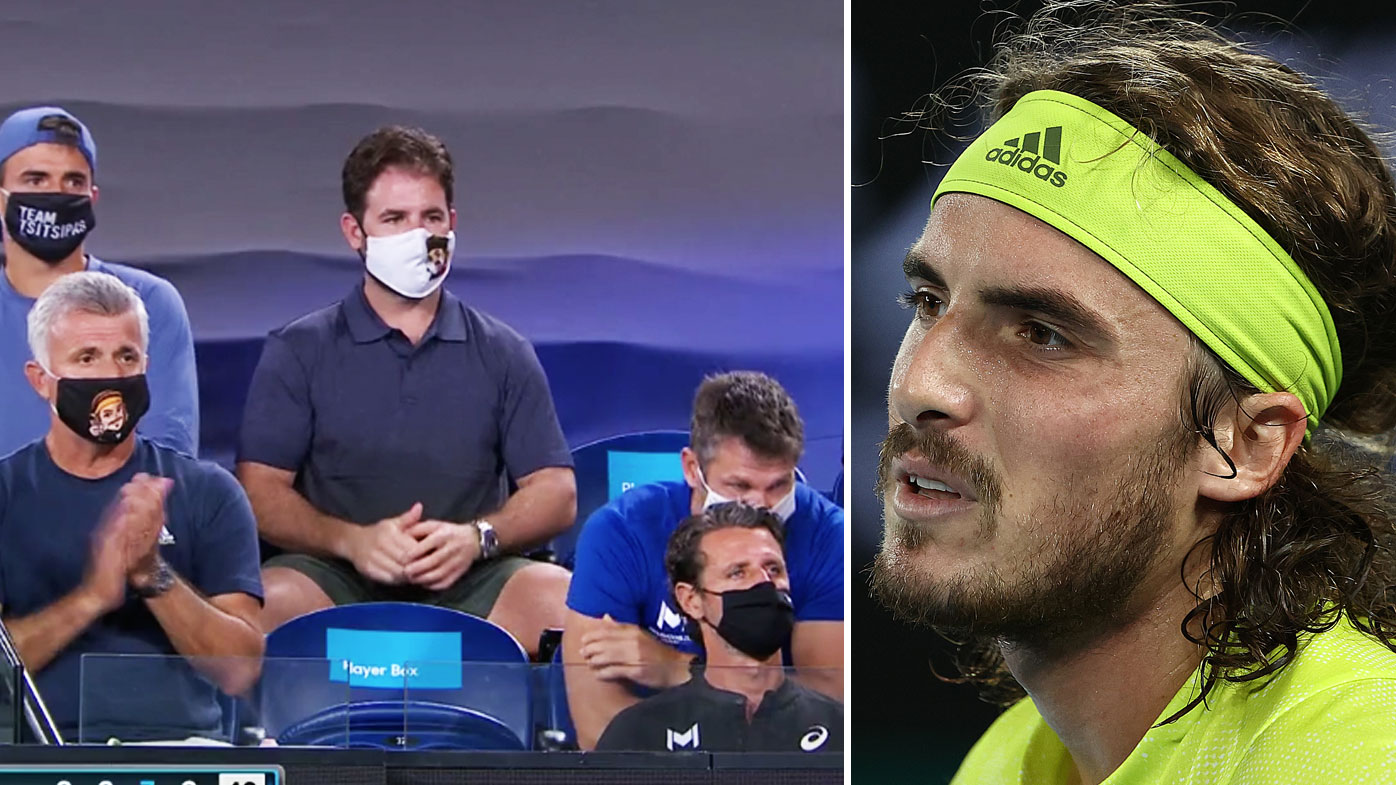 “The most famous coaching violation in the world was Serena Williams with Patrick Mouratoglou against Naomi Osaka at the US Open final a couple of years back… just a reminder,” tennis great Jim Courier said.

Todd Woodbridge added: “He (Tsitsipas) was told they were warned a little while ago.

“They were told and the umpire has followed.”

Courier did make mention there is no clear way of knowing whether Mouratoglou or Tsitsipas’ father, Apostolos, was the one who was spotted coaching.

“There’s no way to know if it was Patrick or his dad (Apostolos), they’re both coaches,” Courier added.

“It’s also worth pointing out that a player gets penalised for something they are not necessarily doing in that environment.

“That’s how it works. If a coach says something they shouldn’t say, it’s the player who gets the penalty.”