Serena Williams was very coy when asked about a new potential documentary on her extraordinary life and career.

American tennis legend Serena Williams has had camera crews tracking nearly every one of her moves on and off the court during the Australian Open.

But the 23-time Grand Slam champion was highly secretive when asked in tonight’s on-court interview if a second documentary about her extraordinary life and career was in the making.

Courier wanted to know if season two of Being Serena was in the planning, and although Williams suggested the makings of another documentary were underway, the 39-year-old gave very little additional detail.

The first season of Being Serena was released in 2018 and offered a captivating insight into Williams’ life and career through five episodes.

The seven-time Australian Open winner defeated Halep 6-3 6-3 in tonight’s quarter-final to set up a salivating semi-final duel with world No.3 Japanese star Naomi Osaka, who won the Melbourne Grand Slam in 2019.

The greatest female player of the Open era was full of praise for Osaka in her on-court interview with Courier. 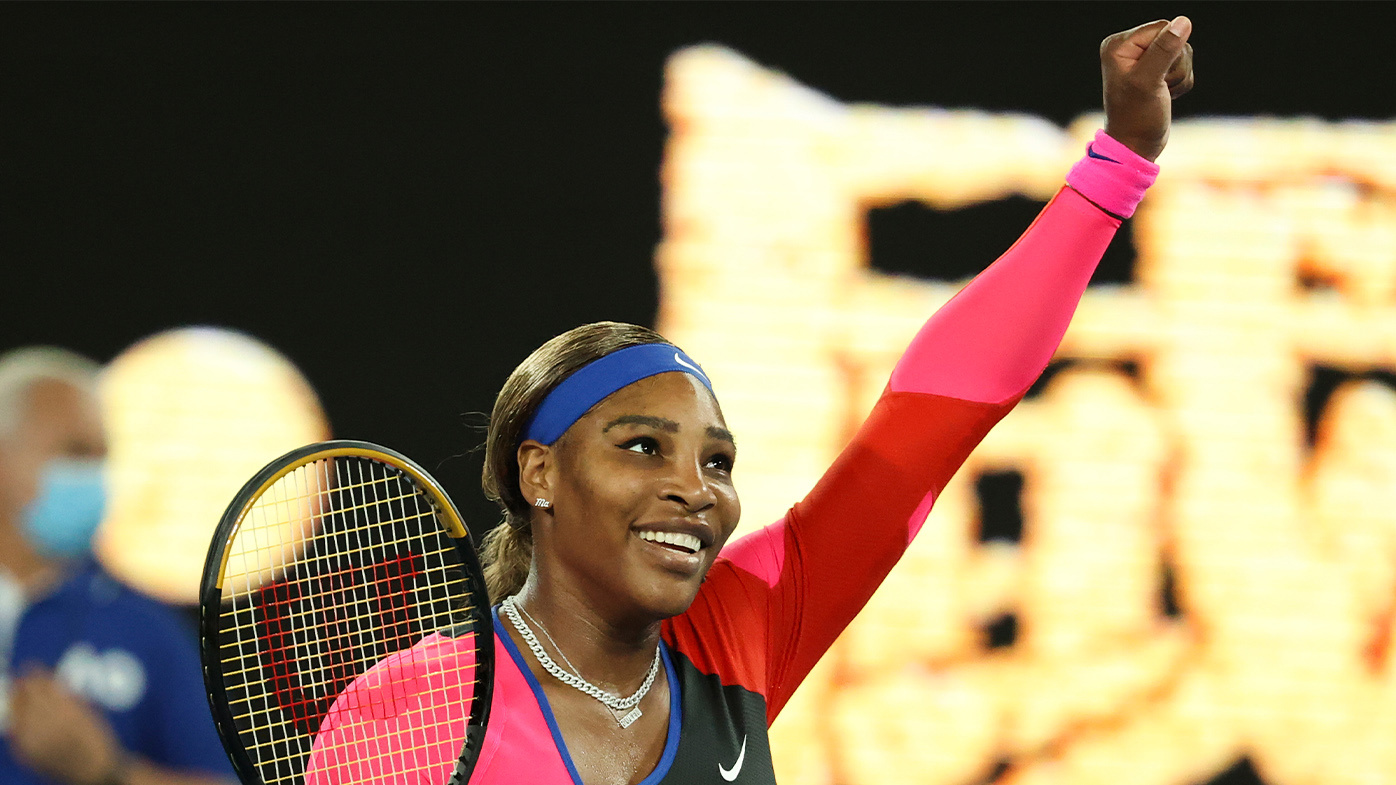 “She is such a strong player on the court and she is such an inspirational person off the court, which I think is really cool,” Williams said.

“It’s so good to see someone that is so inspiring on both things, when they’re doing their job or they’re not doing their job. That’s really cool to me.

“I’ve been watching her and I’m sure she’s been watching me and I feel like this is a great opportunity for me to keep doing my best.

“It’s my first Grand Slam of the year and I had an incredibly long, arduous off-season. So I’m really happy with honestly every win that I get.”