A Russian qualifier playing in his debut Grand Slam has continued his hot run at the Australian Open.

Russian qualifier Aslan Karatsev has continued his hot run at the Australian Open by advancing to the semi-finals of the tournament.

Twenty-seven-year-old Karatsev, who is ranked 114th, took full advantage of a hobbled 18th-seeded Grigor Dimitrov, advancing in four sets, 2-6 6-4 6-1, 6-2. Dimitrov suffered back spasms after the first set, which ultimately led to his downfall.

The Australian Open debutant’s win over Dimitrov mean’s he’s now made it past three seeded players this tournament, with No.8 Diego Schwartzman and No.20 Felix Auger-Aliassime the other two. 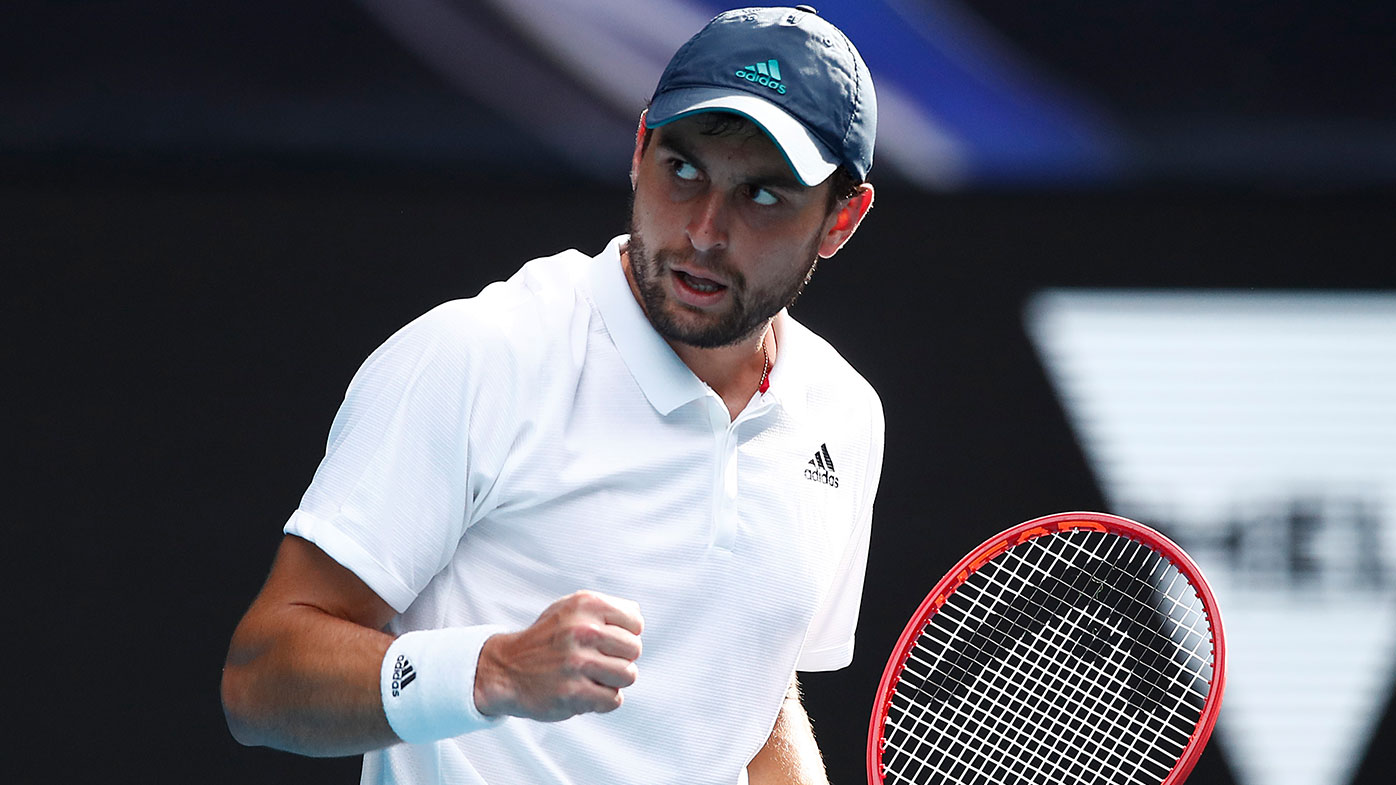 The Russian underdog has surprised so many at this year’s event, he was forced to explain his life story to reporters after the match, with the internet providing little information about the emerging Karatsev.

“I’m born in Russia, the city of Vladikavkaz. I moved to Israel when I was three years old with my family and then I started to practice there, in I Yafo, Tel Aviv-Yafo. I think you know it,” he said after the match.

“And then I grew up there, practising there until 12 years old, and then I moved back to Russia with my father. Then I was living in Rostov, next city to Rostov, Taganrog, and I found a sponsor there.

“I was practising there until 18 years old, then I started practising in Moscow. Then I started to work with (former professional Dmitry) Tursunov, and then they said like, okay, I will help you to move to Germany to practice in Germany in Halle.

Asked who he credits his breakthrough to, Karatsev tipped his hat to his coach and team.

“I think the key is to find the right team, the right coach that I found. I was really lucky to find him, and we just met in one tournament,” he added.

“I played futures, and we were saying, okay, let’s try to work together, and it’s really – I think it’s a big luck that we start to work together and I have a good team around me.”