Folau to meet with NRL bosses as clubs circle

Controversial outside back Israel Folau has launched a fresh bid to return to the NRL, according to reports on Tuesday evening.

Controversial outside back Israel Folau has launched a fresh bid to return to the NRL, according to reports on Tuesday evening.

The former star has been out of the league for a decade, but has been agitating for a return to the competition as debate continues as to whether or not he should be welcomed back into the fold. 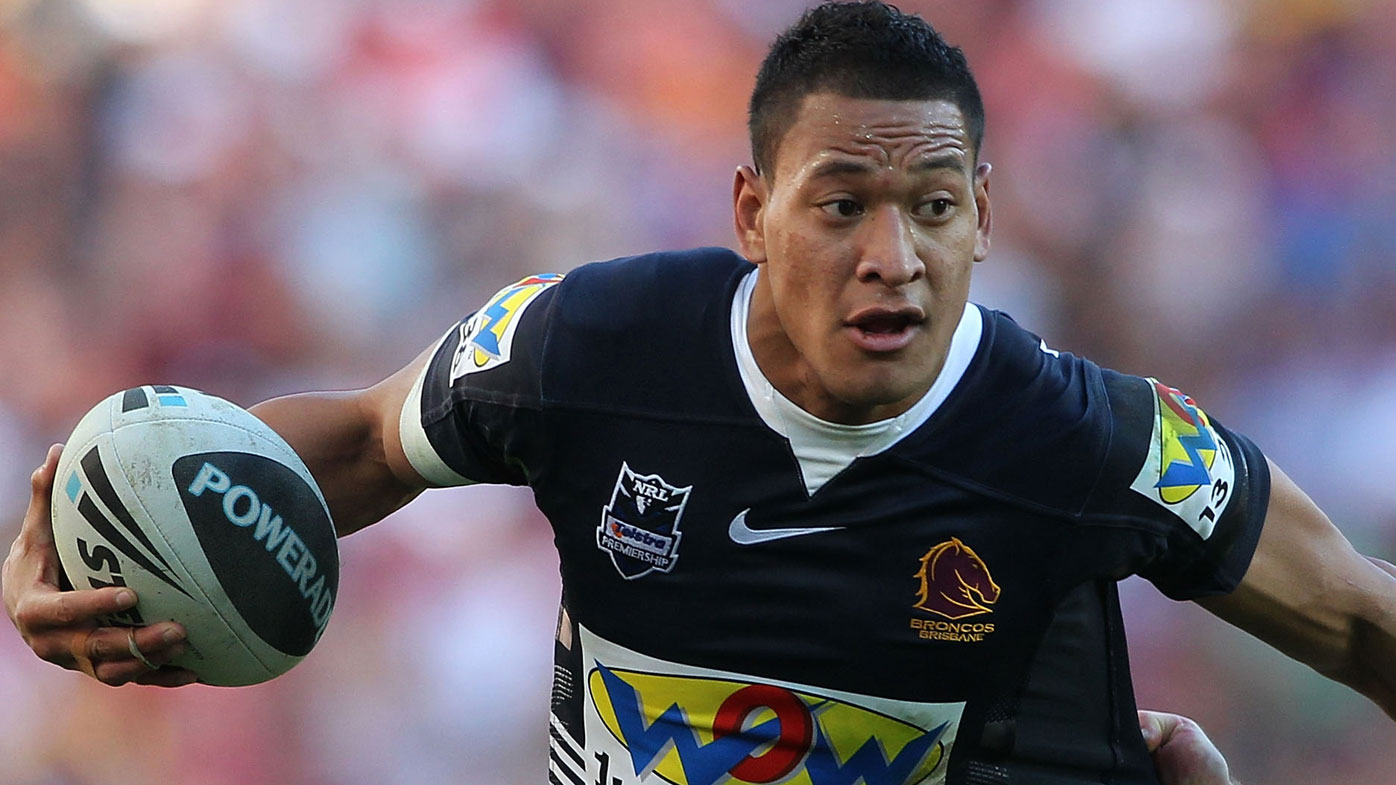 Channel Seven rugby league reporter Michelle Bishop is reporting that Folau has sought a meeting with the game’s top powerbrokers in a bid to return to the field in 2021.

“He (Folau) has contacted the NRL and sought a face-to-face meeting to ask that question; whether or not he does have a future in the code,” Bishop said on 7News.

Bishop said that Folau’s camp had written to both ARLC boss Peter V’Landys and NRL CEO Andrew Abdo, requesting a meeting to discuss the criteria that would allow the former Storm and Broncos winger would have to meet to lock in a return to the game.

She also said that several clubs were circling the ex-Wallaby, but that one of them would have to make an application for a contract before the process could move forward.

Folau was cut loose by Rugby Australia in 2019 after being repeatedly warned about divisive social media posts that condemned homosexuality.

In April of that year, then-chief executive of RA, Raelene Castle, confirmed that Folau’s four-year, $4m contract would be torn up.

He later reached a settlement with the governing body.

After appearing for the Catalans Dragons in last year’s English Super League, the 31-year-old returned home but has faced stiff opposition to a return to the NRL, where he first burst onto the scene in 2007, winning Rookie of the Year at that season’s Dally M awards.

The St George-Illawarra Dragons were linked with Folau two weeks ago, before a massive public backlash resulted in them cooling their interest.

A club sponsor slammed the NRL after the failed attempt to sign Israel Folau, saying the club was “stitched-up” and “led down the garden path”.