Ash Barty is perfectly positioned to lift the Australian Open trophy, with one expert making as ‘wild’ prediction about her path.

Strap yourself in tennis fans. If Nine commentator Sam Smith is on the money, Ash Barty’s best hope of making it through to this year’s Australian Open final could be determined by lunchtime today.

The Australian world No.1 looks to be sitting pretty, with carnage among the seeds on her side of the draw paving a golden path for her to Saturday’s decider, if she can hold her nerve.

All the household names remaining in the women’s side of the draw – Serena, Osaka, Halep – occupy the lower half, forcing them to scrap for one spot in the final while Barty is by far the most accomplished player left in the top half.

Her quest continues tonight when she takes on powerful American Shelby Rogers on Rod Laver Arena. If she can get beyond the world No.57 she’ll play either world No.16 Elise Mertens or world No.27 Karolina Muchova in a quarter-final.

The other four players vying for a semi-final spot in the top half of the draw are similarly credentialed. None of them would send a shudder through the world No.1.

Yet Smith sees a banana skin in the biggest unknown quantity left in the draw. Twenty-six year old American Jessica Pegula is having a breakout tournament.

She smashed Aussie US Open champion Sam Stosur 6-0 6-1 then backed it up with a pummeling of Frenchwoman Kristina Mladenovic, 6-2 6-1. And it wasn’t that long ago that Mladenovic was ranked 10 in the world. 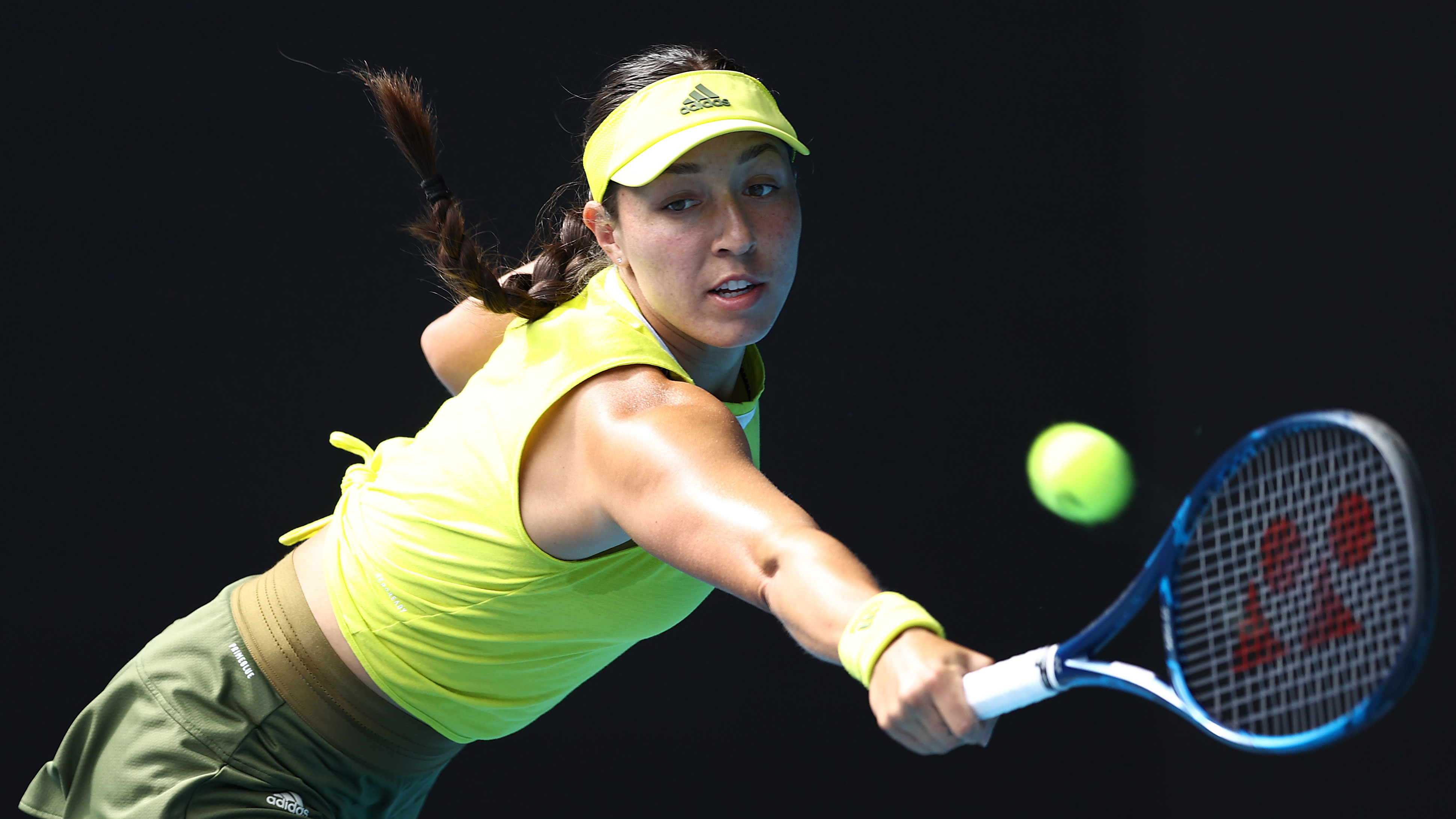 Pegula is first on court this morning against world No.5 Elina Svitolina and Smith’s predicting a giant upset.

“I actually think Jessica Pegula is playing some of the best tennis of anyone in this tournament, I really do,” Smith told Wide World of Sports.

“The way she smashed Sam Stosur and then Kristina Mladenovic, two top players … look Pegula’s not used to being at this level but I think it could be Pegula coming through that section, that’s quite a wild statement for me and I’m not known for my brash predictions.

“But I’ve been so impressed by her, if she can keep that level up, I think Mertens, Brady and Pegula (are the biggest threats to Barty in her half of the draw).”

Yet Barty, according to Smith, is in outstanding shape to win her second major.

After winning her first tournament back in almost a year as a tune-up, Barty has breezed through her first three matches at the Open without dropping a set.

She was below her best against compatriot Daria Gavrilova and sent a scare through the Australian public in that match due to a thigh injury that seemed to be restricting her, the world No.1 composed herself, weathered the storm and looked pretty close to her old self again in sweeping aside seeded Russian Ekaterina Alexandrova on Saturday.

Smith said Barty’s return to the court after such a long lay-off has been beyond expectation, to the point that she’s almost looked as though she’s missed no tennis at all.

“Considering she had a 50-week competitive layoff I would compare it to not being at school the whole year and then coming back to take your end of year exam and coming top of the class,” Smith said.

“She has been excellent. She hasn’t played her very best tennis, it would be ridiculous to think that … she doesn’t want to play her best tennis in the first week.

“But it’s been gradual, she’s done everything she’s needed to do, when she had one little hiccup in the second set against Gavrilova she dealt with it.”

Smith said the biggest mistake Barty could make would be to get complacent about the quality of opponents left on her side of the draw, not that she expects that to be a problem.

Smith said there are a variety of different threats that could bring the Aussie 24-year-old undone if she has an off day but favours her to overcome them and set up a blockbuster final with one of the superstars in the bottom half of the draw. 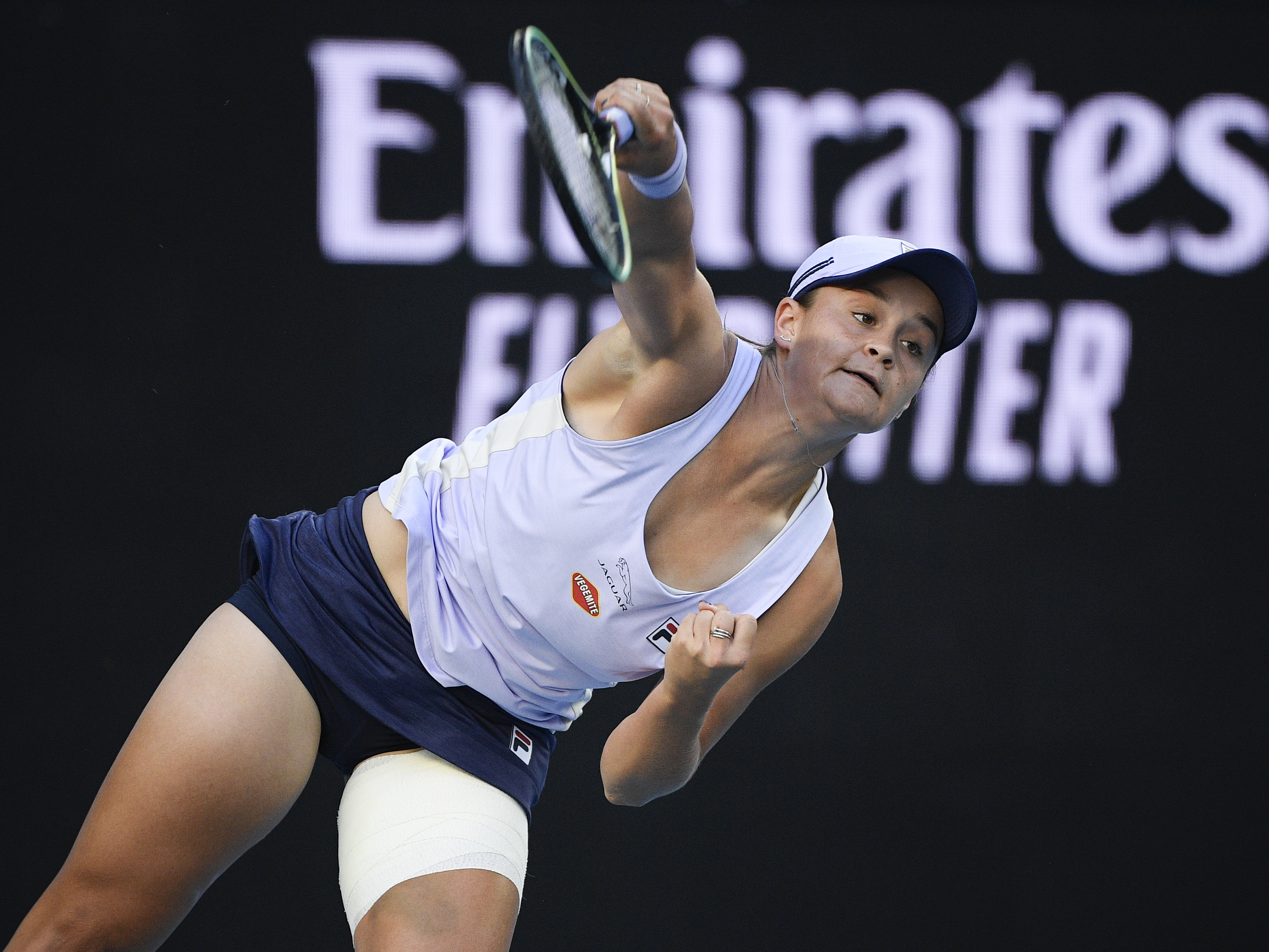 “Sometimes there’s more pressure when you’re on the more comfortable side of the draw, so I’m not sure there’s such a thing really.

“Williams, Osaka, Halep is pretty tough but [Barty] plays the American next Shelby Rogers, she’s a great ball striker, the pressure on Barty’s going to be huge.

“You might not have any other grand slam champions in [Barty’s half] but there is a lot of difficulties in that whole section. But if I was an Aussie I’d be getting very excited right now.”