V’landys admits Storm may be forced to relocate

Peter V’landys has revealed the Melbourne Storm could be relocated to NSW amid Victoria’s latest COVID-19 spike.

ARL Commission chairman Peter V’landys has revealed the Melbourne Storm could be relocated to NSW amid Victoria’s latest COVID-19 spike.

In high-level meetings to be held today, V’landys confirmed the league would explore the possibility of moving the Storm to NSW to avoid any complications with border restrictions as the start of the 2021 season draws near.

Seven Storm players were scratched from the All Stars game amid the state’s snap lockdown, and Nine’s Danny Weidler revealed the league was now considering relocating the whole club as to not place the league in jeopardy.

“NRL giving serious consideration to moving Storm out of Victoria as early as today due to concerns about virus. Move to NSW. Meetings today,” Weidler tweeted.

Speaking to SEN 1170 Breakfast, V’landys flagged the possibility of moving the Storm as early as Monday.

“We may take them out and bring them to a resort in New South Wales where they can train in isolation.

“There’s a possibility at some point that the New South Wales and Victorian borders may close, and we can’t take that risk.

“We’ve got to be two to three steps ahead, we were last year, and we hope to be again this year.

“We’ve got strategies for all scenarios, we’re ready.” 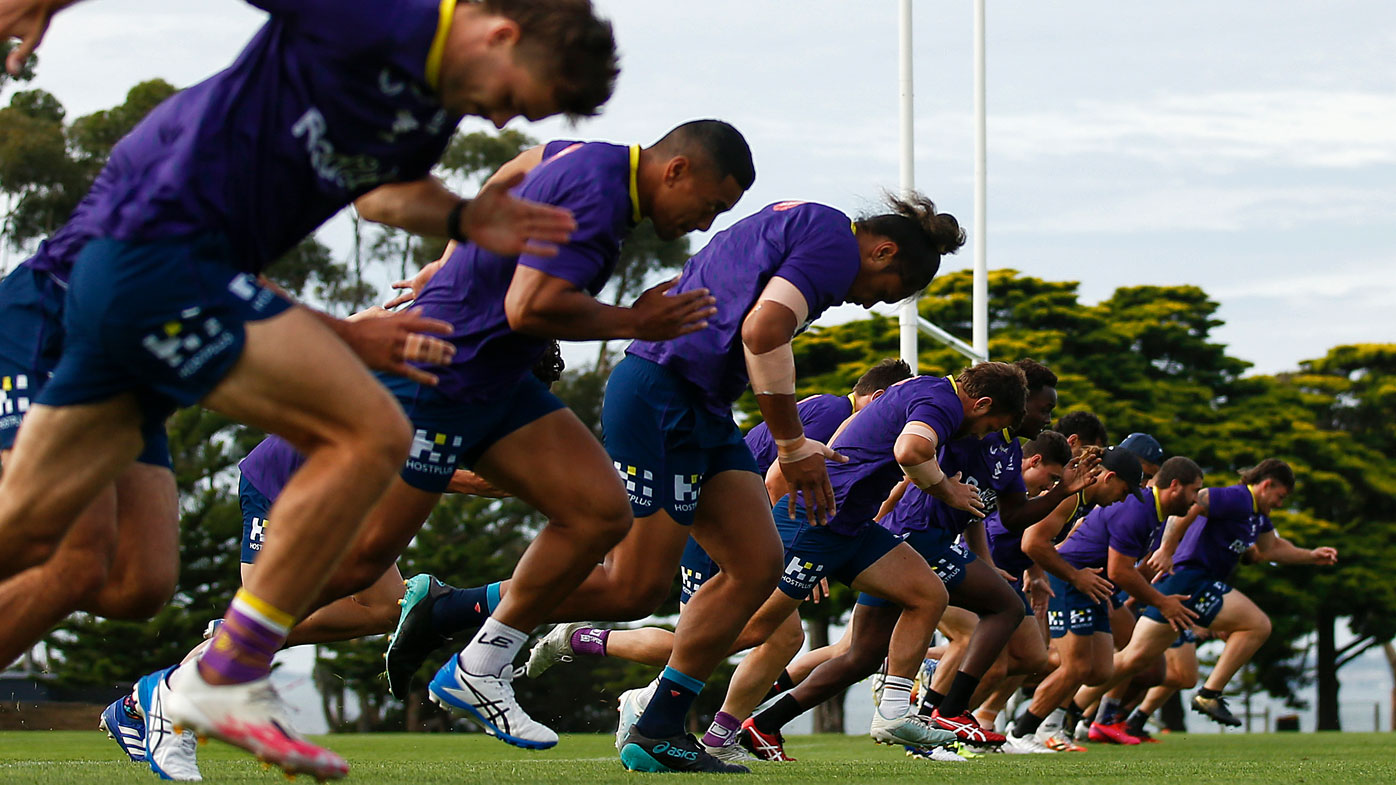 V’landys revealed that the NRL had its own expert in contact with health officials in both states, and was seeking advice on how to act.

“We have our own expert who keeps in touch with the health authorities. We get very good information, and we have set ourselves three options,” he said.

“One option at the moment was to have our players have life as normal – they may have now gone out the window with what’s happened in Victoria.

“We have a medium scenario, where we allow players certain freedoms and not as harsh as what they were last year. The third one was what we had last year.

“The matter that will change everything is the vaccine and how successful the rollout is.”

As it stands, the Melbourne Storm still have clearance to train and their trial match against the Knights does not appear to be in jeopardy.