The power fallacy behind Demon’s development

Despite crashing out of the Australian Open in straight sets to Fabio Fognini, Alex de Minaur is still miles off his ceiling.

Despite crashing out of the Australian Open in straight sets to Italian Fabio Fognini, Alex de Minaur is still miles off his ceiling, assures Casey Dellacqua.

It was an abrupt end for the Aussie who was inch-perfect throughout his run into the third round until he was undone in a comprehensive loss to the Italian 16th seed.

At 21-years-old, De Minaur has already added a handful of ATP titles to his belt, with the most recent coming just weeks ago when he claimed the season-opening Antalya Open in Turkey.

While many would have expected the Aussie up-and-comer to at least push Fognini harder, Dellacqua believes the result is not a reflection on his big-game potential and assured De Minaur is still years from reaching his peak. 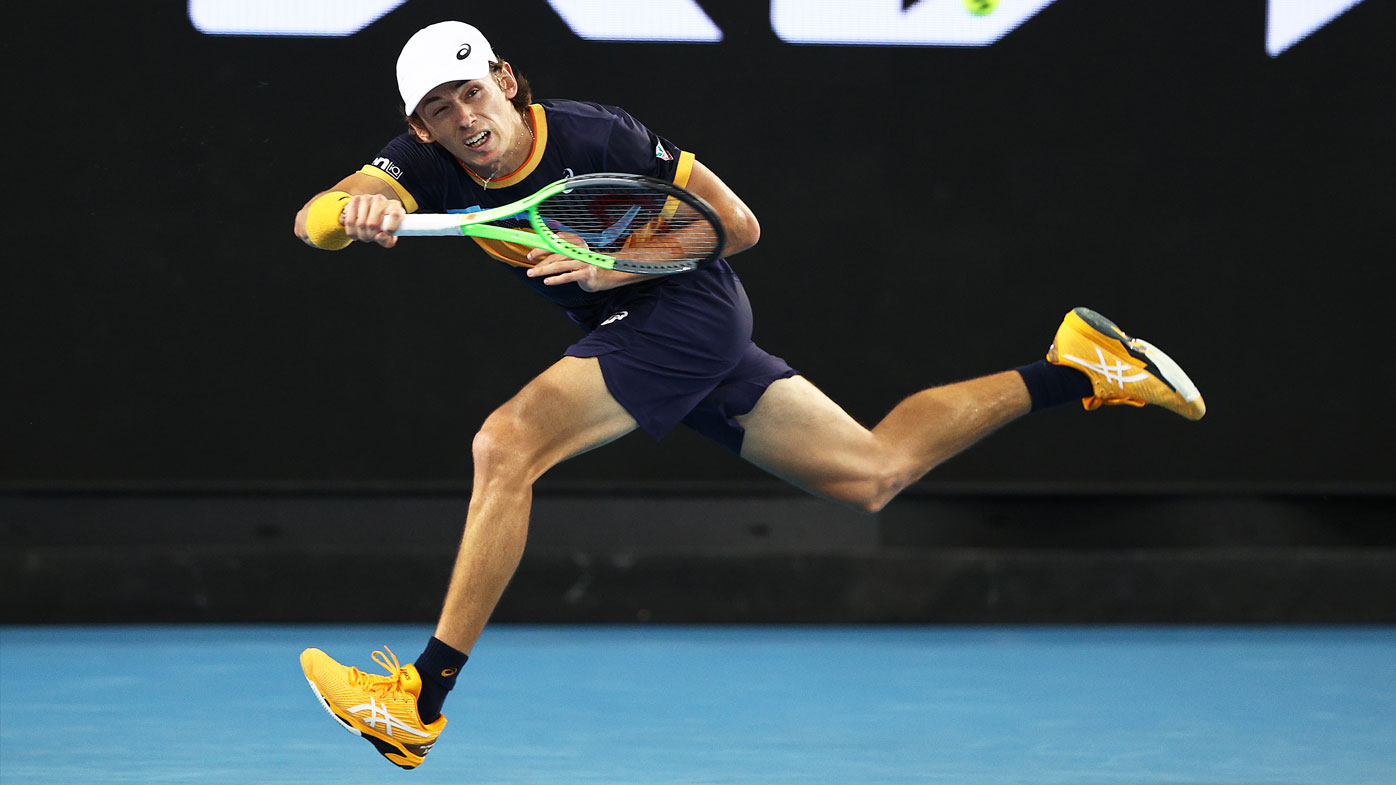 “He’s got some work to do but I think he’s going to get there,” Dellacqua told Wide World of Sports’ The Morning Serve.

“The average age of the men inside the top 100 has already increased over the years, and I think that’s just the type of game we’re seeing.”

Many have made the claim that De Minaur’s game is lacking that knockout punch or weapon to routinely put points away when needed.

While the youngster will undoubtedly fill-out as he ages, Dellacqua shot down the notion he needed to put in hours in the gym arguing that De Minaur’s game is built on agility and consistency.

“The game style that De Minaur has, I don’t think its necessarily a matter of him going and spending hours in the gym because I think he has so many (other) strengths anyway,” she said.

“He’s obviously, quick, and you want stay fast. But he’ll build up strength as well. Along with his mentality, I think a couple more years we’ll see him really hit his peak.

“He’s still young but I think in the male’s game we’re seeing them play their better tennis in their late 20’s.”

For all the concern of his power, or lack thereof, De Minaur has in fact clocked the fastest serve at this year’s Open, topping 228km/h.