Most Australians might not have heard of Oliver Hoare – but that all might start to change in the lead up to the Tokyo Olympics.

Most Australians might not have heard of Sydneysider Oliver Hoare – but that all might change in the lead up to the Tokyo Olympics.

While Australia has been without a big name in the middle distance stocks for a while, Hoare has started making some noise at the right time ahead of Australian qualifiers for the delayed Games.

The 1500m runner was competing at a meet in New York and was in second position heading into the final lap behind Scotland’s Jake Wightman. The Aussie then put the foot down and left Wightman and the rest of the competition in his wake by a dominant margin, crossing the stripe in a time of 3:32.35. To those in the know that’s pretty quick.

In fact the 24-year-old’s time was an Australian indoor record for the 1500m and the sixth fastest in history. On that time alone Hoare qualifies for Tokyo by three seconds, although it doesn’t quite work that way.

Athletics Australia rules give preference to those who compete at the upcoming Australian Track and Field Titles in April. for selection at the Olympics. Given the nature of quarantine during the pandemic, some Aussies based overseas feel at a disadvantage.

“Oli doesn’t, and either do the other boys I’m sure, want to ruffle any feathers at Athletics Australia whatsoever,” Hoare’s father Greg said.

“But the reality is, he just cannot get back to run at the nationals in distance events which require so much aerobic training and go through quarantine in a tiny hotel room for 2 weeks, then be expected to race and run world class times. It isn’t humanly possible.”

It would be a shame if Hoare couldn’t find his way on the team, considering how fast his run was. Gold at Rio Olympics 1500m event was won in 3:50. When asked about qualifying, Athletics Australia media manager Sascha Ryner said being overseas won’t hurt Hoare’s or anyone else’s chances, however the rules remain.

“In a nutshell, being overseas won’t hinder an athlete’s chance of selection to the Australian Olympic Team. And indoor times are considered. 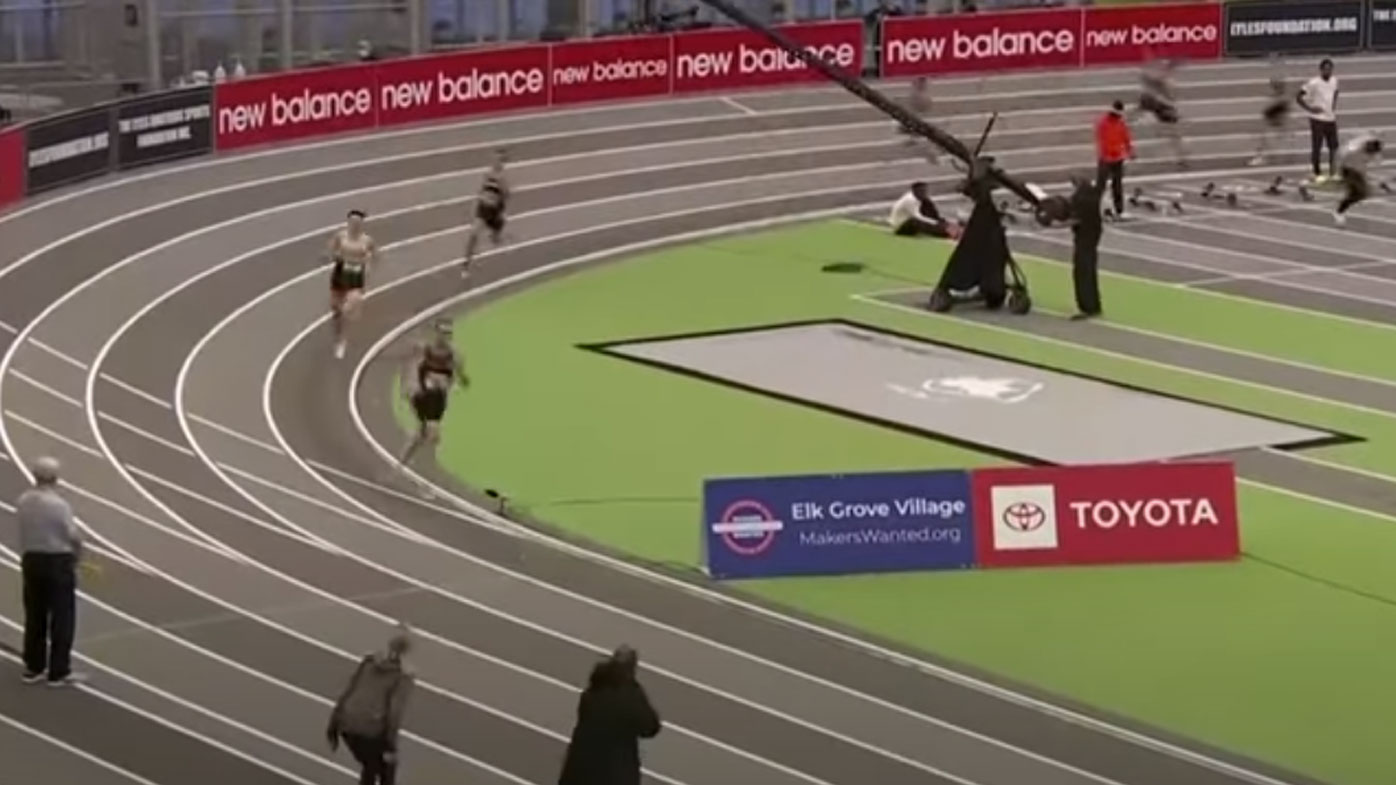 “In regards to AA nomination policy, it says that athletes are required to come back for the Australian Track & Field Championships, but can seek exemption if they can’t get back.

“Given COVID-19 is an extraordinary circumstance, we’ll have a lot of athletes apply for exemptions.

“One thing to note re missing National championships is that if an athlete wins the National title and runs a qualifying time, they will automatically get that spot,” Ryner said.

“So, if an athlete isn’t able to make it back for Nationals, they could potentially be putting themselves at risk.” 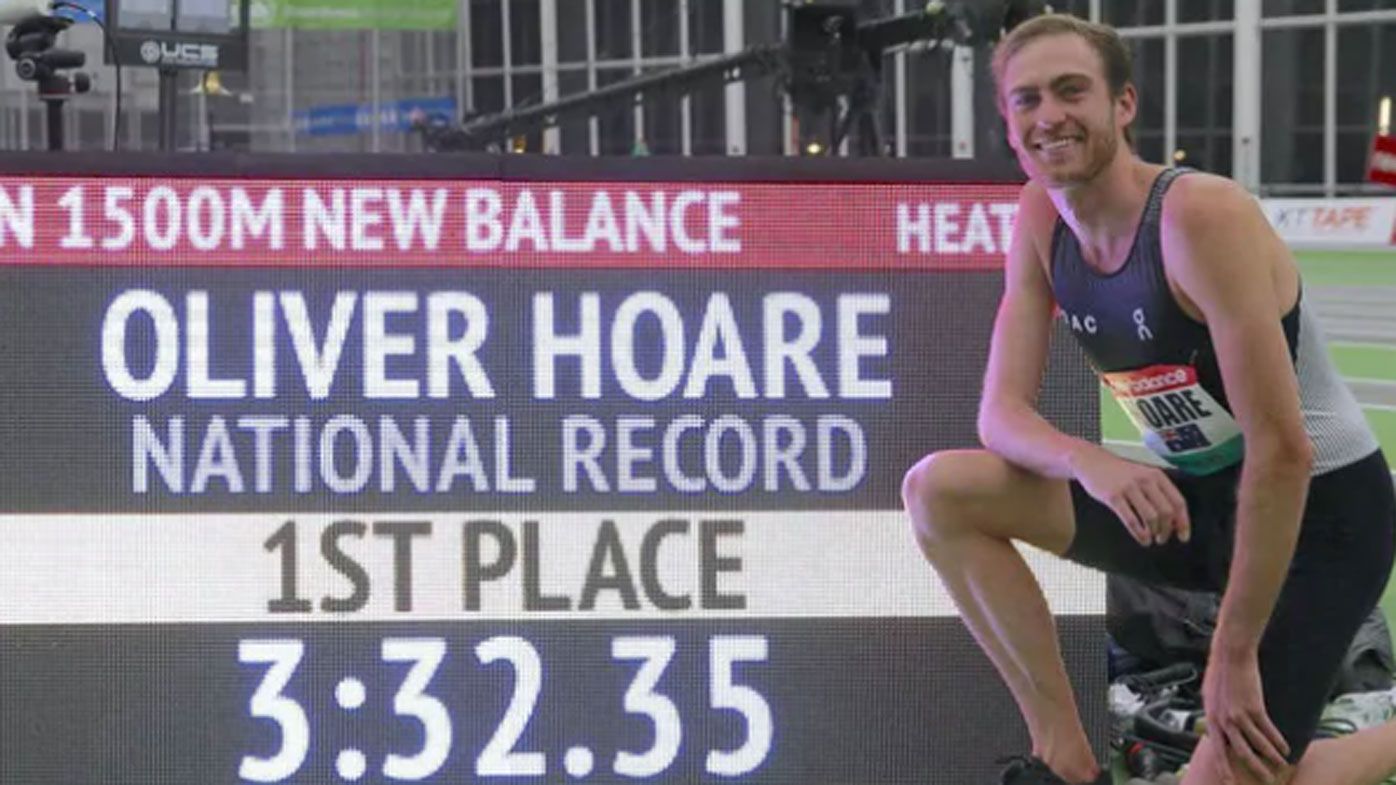 The banked surface Hoare competed on in New York is traditionally about four seconds slower than the outdoor tracks.

So if he could replicate the same kind of run again – there’s no reason why he couldn’t run a 3:28 or less. That is elite company, especially since the fastest time ever run on Australian soil outdoors is 3:31:25 by two-time Olympic champion and world record holder Hicham El Guerrouj.

El Guerrouj held the indoor world record at 3:31:18. His outdoor world record is 3:26:00. That alone will give Athletics Australia plenty of food for thought when thinking about how overseas based athletes fit into the qualification picture.

Iconic Australian Herb Elliot is the last Aussie to win the 1500m gold at the Olympics back in 1960, with no other Australian competitor even gaining a place in the event since.

The Olympic trials will be held in Sydney this year from April 12-21.