One of the players likened it to Alfred Hitchcock film The Birds. Melbourne Park just hosted a truly wild match.

One of the players likened it to Alfred Hitchcock film The Birds.

And overseas watchers started to lose their minds as flocks of seagulls and swarms of beetles invaded a Phillip Island Trophy match between Bianca Andreescu and Madison Brengle at Melbourne Park.

The WTA event was created for players who bombed out early at the Australian Open. For Andreescu and Brengle, the extra court time came with a dirty catch.

Their match was initially delayed, because the court was covered in bird poo and needed to be cleaned. But the birds weren’t done. Apart from continuing to defecate on the court, they were in a crazy, dive-bombing kind of mood. 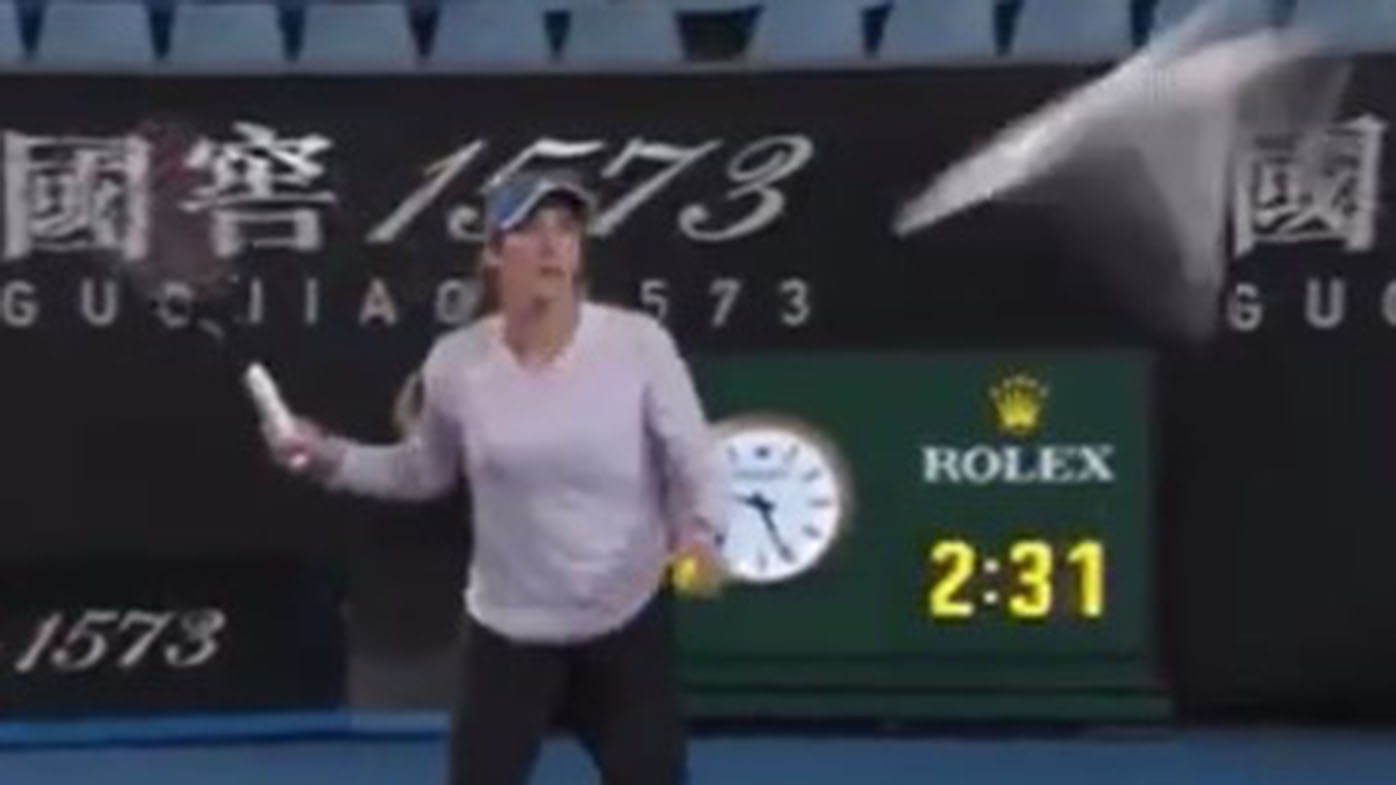 Brengle at one stage tried to either clobber or shoo-away one, after it buzzed down from a giant circling flock above the court and flew straight in front of her face.

Andreescu was robbed of an ace when another gull flew down and distracted Brengle as the service winner was delivered.

Another bird briefly stopped play as it flew across the court and landed in the corner, leading Brengle to exclaim: “It’s like a Hitchcock … thing” – referencing the suspense master’s 1963 film in which malevolent birds invade America.

But because this is Australia, the birds weren’t the only ones making their presence felt, as UK outlet The Tennis Podcast noted. Beetles also took to the court, as they have at times during Australian Open matches.

Brengle again played wildlife narrator, saying: “What is that one? It’s like a pill bug … but bigger!”

New York Times tennis journalist Ben Rothenberg was another spellbound viewer of the match, which of course came with a soundtrack of incessant squawking.

“This Brengle-Andreescu match should be airing on Animal Planet. It’s been absurd,” Rothenberg wrote on Twitter, alongside a GIF of the swarming seagulls over the court.

“That match deserves to go viral.”

Andreescu, the 2019 US Open champion who lost in the Australian Open second round after a 15-month layoff, was the eventual winner of the bizarre clash. Even as the pair bumped racquets at the net, seagulls seethed overhead.

Former Australian Open champion Naomi Osaka had a nice moment with a butterfly in the Grand Slam’s opening week, when a butterfly landed on her face mid-match. She carefully ushered it off the court afterwards.

To Australian viewers, Andreescu vs Brengle was an extreme example of the fairly common wildlife presence at Melbourne sporting events. To international watchers, it was truly wild.