The most dangerous dark horse in the Australian Open has struck again.

Russian qualifier Aslan Karatsev is ranked just 114th in the world and is competing in his first-ever Grand Slam, but the 27-year-old has today clawed back from a two-sets-to-love deficit to snare his place in the quarter-finals.

Karatsev started sluggishly but eventually rounded out a 3-6 1-6 6-3 6-3 6-4 victory over world No.19 Canadian Felix Auger-Aliassime at Margaret Court Arena. 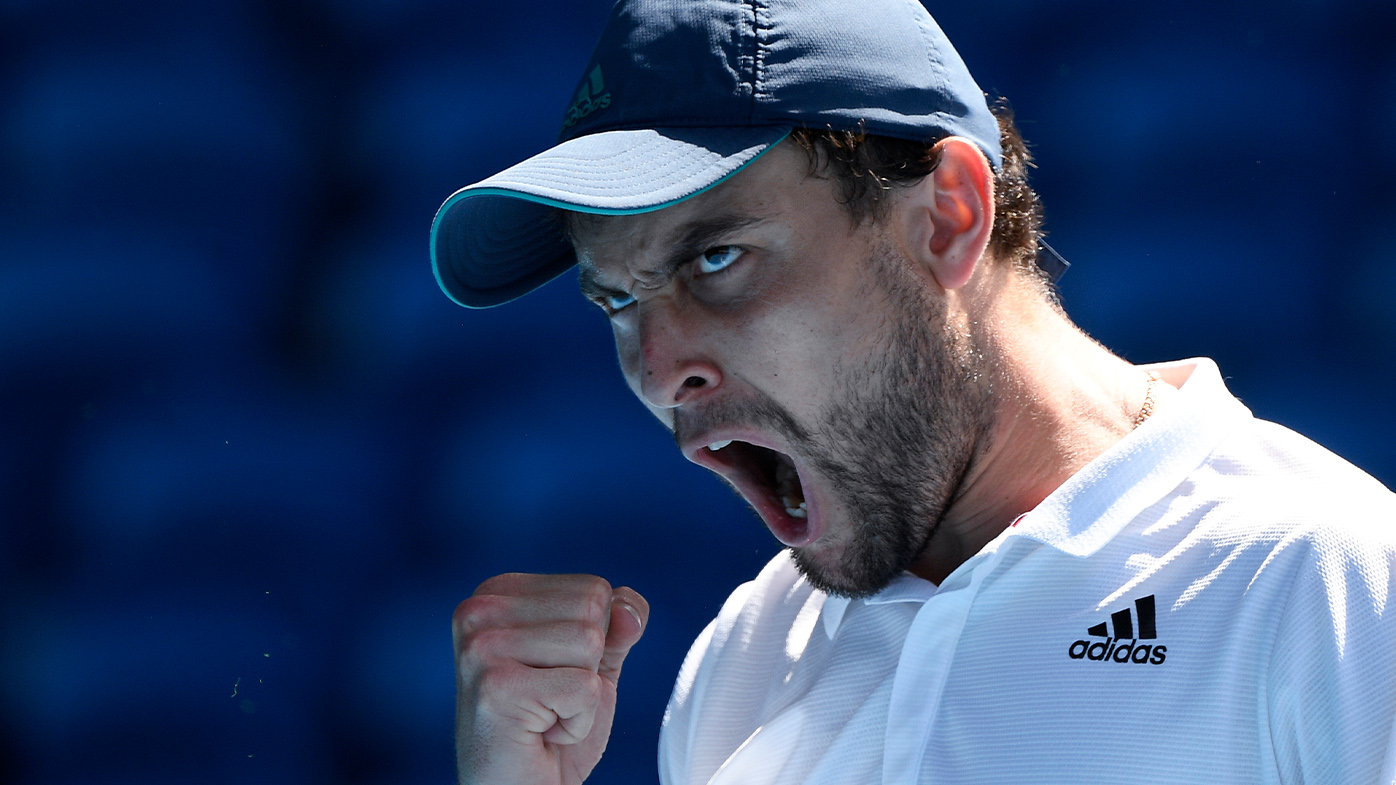 “Anyone with an accreditation badge who’s allowed in Melbourne Park today has been in Margaret Court Arena to watch this amazing comeback from Aslan Karatsev,” Lilley said on Nine’s coverage.

“He was dead and buried after an hour and 10 minutes.”

“Couldn’t find his range, so many unforced errors in those first two sets, just started to find the range, made those little adjustments to his game and his return position, the adjustment off the forehand side, first ball on his serve.

“He just increased his consistency level and he was the better player.”

Karatsev hadn’t dropped a set before today’s comeback victory over Auger-Aliassime, having breezed through Gianluca Mager, Egor Gerasimov and Diego Schwartzman in straight sets over the first three rounds.

Karatsev said he had struggled to assert his dominance early in the match against Auger-Aliassime.

“It was really tough in the beginning,” Karatsev said in his on-court interview on Nine.

“He is a really good player, he was playing really fast and it took me two sets to find a way to play.

“But then I was able to keep with him in the third and fourth and in the fifth I finished it off.”

Karatsev today became the first qualifier to reach the quarter-finals of the Australian Open since Croatian Goran Ivanisevic in 1989.

He is also the first qualifier to have made the quarters of any Grand Slam since Australia’s Bernard Tomic at Wimbledon in 2011.

And the 27-year-old is the first Grand Slam debutant to have made the quarter-finals since German Alex Radulescu at Wimbledon in 1996.

Karatsev is now set to face the winner of Dominic Thiem and Grigor Dimitrov in the last eight.