A shock NRL rival has emerged for the signature of Melbourne Storm coach Craig Bellamy.

The Sharks have confirmed “meetings have been ongoing” between the club and Melbourne Storm premiership-winning coach Craig Bellamy surrounding a future in Cronulla from 2022.

Bellamy, who has one year left on his contract with the Storm, has been heavily chased by the Brisbane Broncos in recent times, with the club making no secret of their attempts to lure the legendary coach up north.

However, it is now clear the Broncos aren’t the only club chasing Bellamy after the Sharks were forced to confirm their secret approach of the three-time premiership-winning Storm coach following a report outing the club’s pursuit in The Daily Telegraph. It’s understood the club has tabled Bellamy a multi-year offer to join the Sharks once his contract is up with the Storm.

Sharks CEO Dino Mezzatesta said in a statement the club’s talks with Bellamy were “ongoing” as Cronulla look to bring in a game changer to their football department. 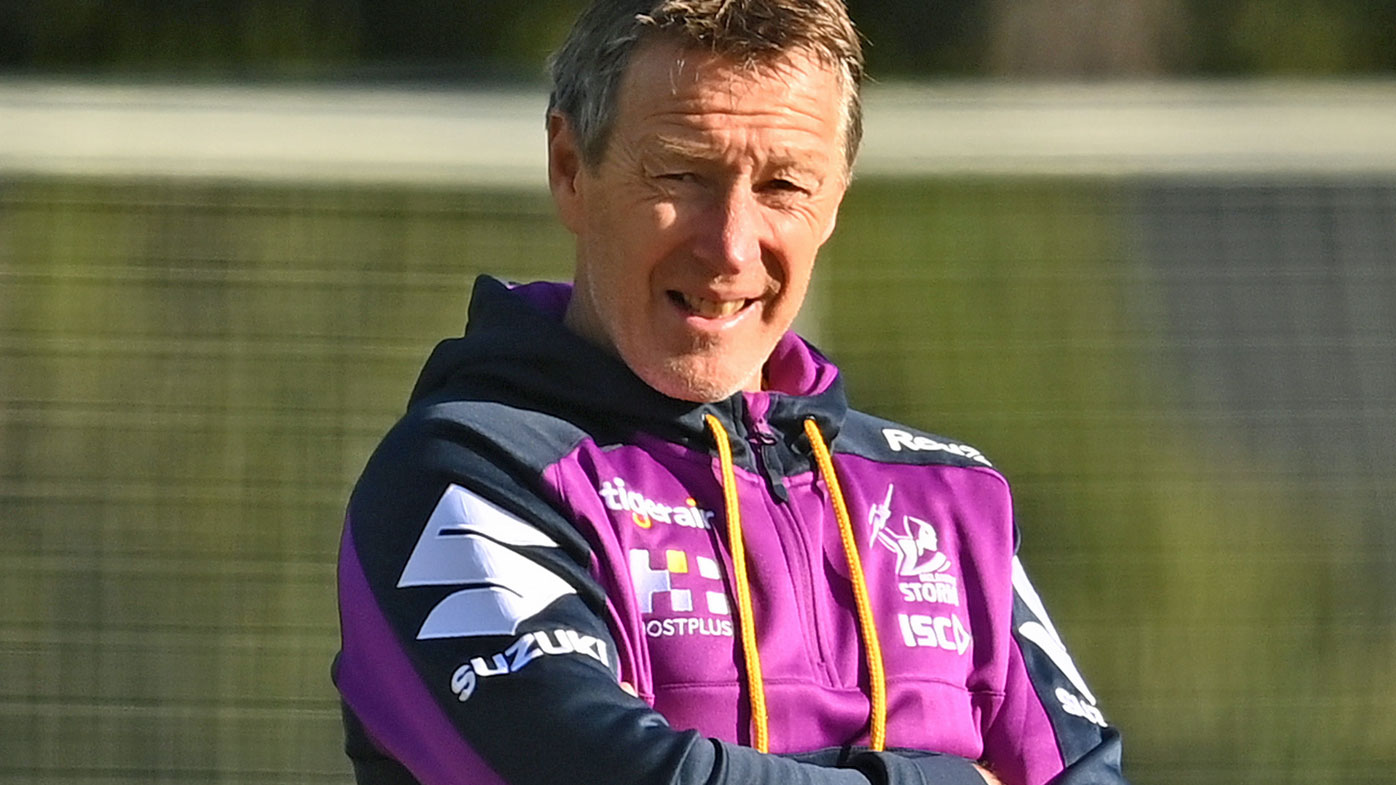 The club’s former coach before John Morris took over, 2016 premiership winner Shane Flanagan, was de-registered at the end of 2018 for breaching terms of a previous ban back from 2014.

“We can confirm meetings have been ongoing between the Sharks, Craig Bellamy and his advisors, in relation to a potential coaching director role at our club from 2022 onwards,” Mezzatesta said.

“Until there is more to report, the Sharks will be making no further comment.”