Karolina Pliskova was feeling the pressure late in the first set in her third round clash against compatriot Karolina Muchova.

Czech former world No.1 Karolina Pliskova was feeling the pressure late in the first set in her third round loss to compatriot Karolina Muchova and it prompted a code violation for something she did out of the chair umpire’s view.

Muchova, who made her name by beating good friend Pliskova 13-11 in the third and final set at Wimbledon two years ago, was again dominant early in their third Grand Slam meeting, taking the first set 7-5.

After losing the first frame, Pliskova went to the bathroom to let off some steam and, out of the view of the cameras, must have smashed her racquet. When she returned, she faced the ire of veteran British chair umpire Alison Hughes. 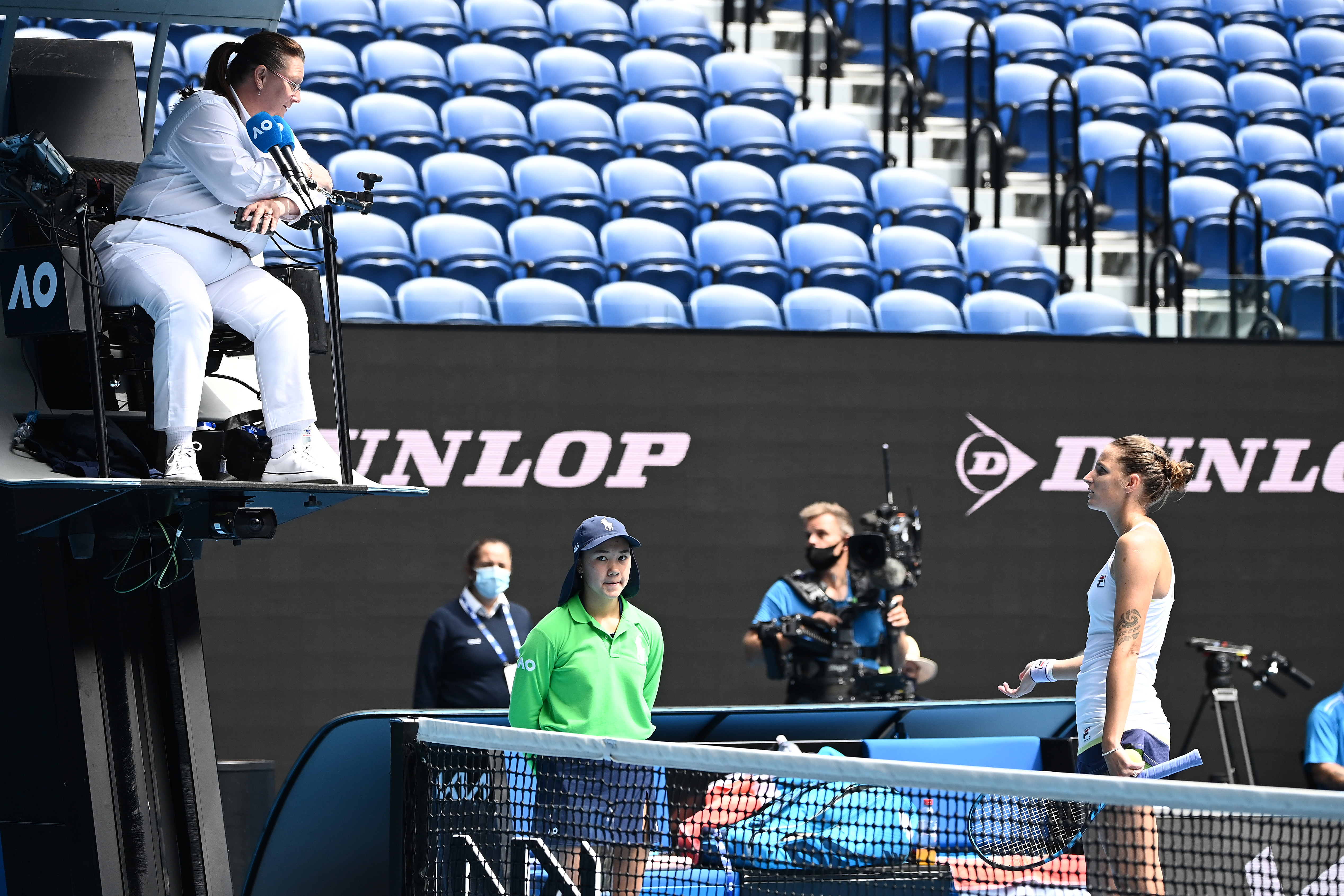 “You’re still not allowed to do it off court,” Hughes said.

“Why not?” Pliskova asked. “Off court I can do what I want.”

Hughes: “No, not during the match you can’t.”

Plisvoka: “Somebody saw me or what?”

Pliskova was hit with a code violation for racquet abuse and started the second set a point down for the incident.

“Pliskova went off court to have a bathroom break and obviously cracked a racquet or did something with the racquet,” Sam Smith said in commentary for Nine.

“She’s already had a warning for racquet abuse, now she loses a point so she’s going to start the second set at 0-15.”

Following the clash with the umpire, Pliskova came out fired up for the second set and shot out to a 5-0 love lead to roar back into contention. But a huge collapse saw Muchova make a comeback of her own, fighting her way back to win the match 7-5, 7-5.

“We are really good friends and I was a bit nervous but very happy I am through,” Muchova said post-match.

Muchova will now face either Belinda Bencic or Elise Mertens in the round of 16.