Nick Kyrgios and Thanasi Kokkinakis’ first round doubles wasn’t without a hint of controversy before the match even started.

Nick Kyrgios and Thanasi Kokkinakis’ first round doubles win at the Australian Open wasn’t without controversy after the pair were hit with a violation before the match had even started.

The two Aussies advanced to the second round with a straight-sets win over Lloyd Harris and Julian Knowle, 6-2 6-4.

But before the match even started, the Australian duo found themselves in the cross-hairs of chair umpire Louise Azemar Engzell, who handed them a time violation for failing to take the court quick enough after time had been called. Harris and Knowle were waiting in position for the opening set to start when the call was made.

Kyrgios and Kokkinakis were stunned by the call, seemingly unaware that they were due on the court. 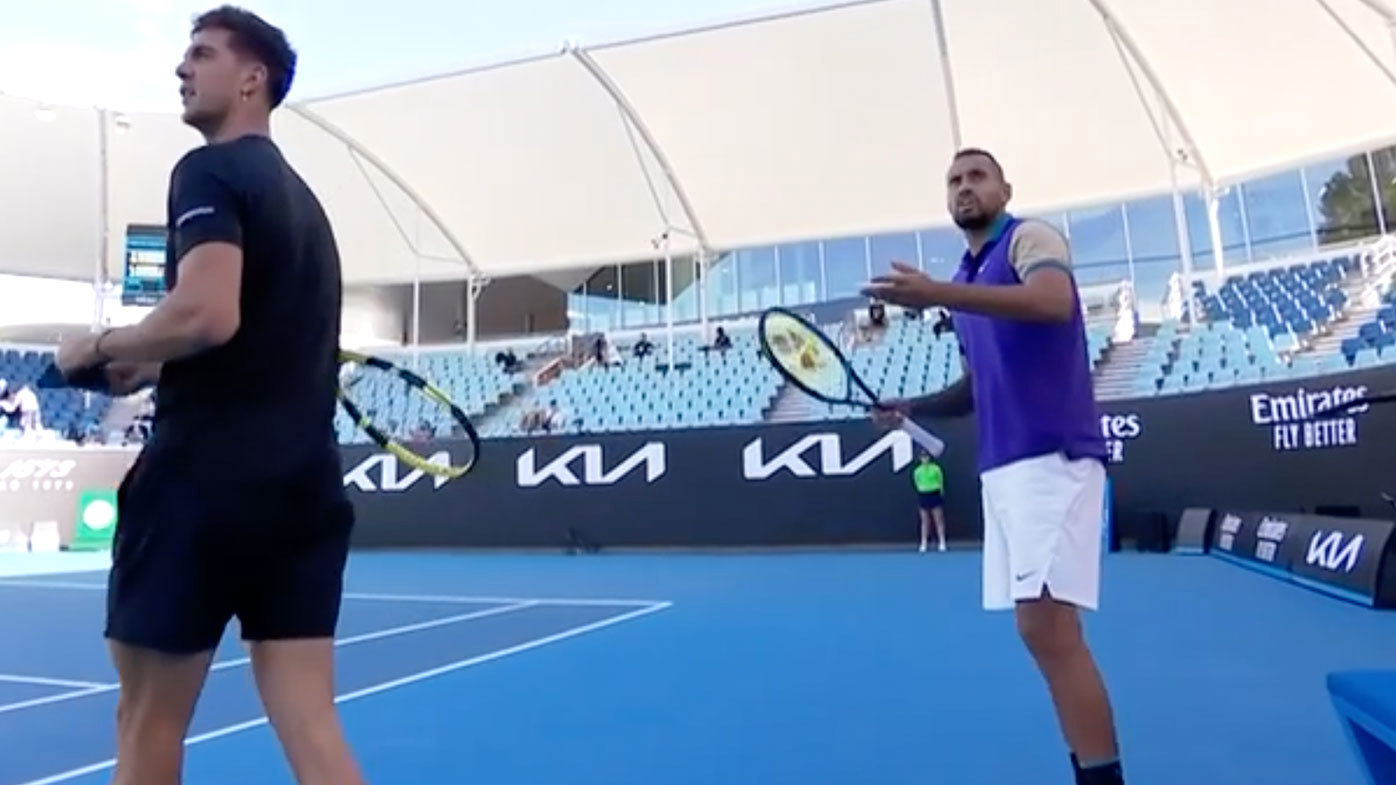 It prompted an upset Kyrgios to ask the “nervous” chair umpire why a “warning” wasn’t issued before the violation came.

“We were waiting for you to say time,” Kyrgios said to the chair umpire.

“You’re doing a good job. I get you’re nervous.”

Fortunately, the violation didn’t appear to rattle the pair who comfortably cruised through their opening round match.

Kyrgios and Kokkinakis will face fourth-seeded Wesley Koolhof and Lukasz Kubot in the second round.