Nick Kyrgios left Thanasi Kokkinakis feeling rather embarrassed when he said his doubles partner was more interested in something else.

Nick Kyrgios left Thanasi Kokkinakis feeling rather embarrassed when he said his doubles partner was more worried about talking about girls than the tactical side of their match today.

The two Aussies, Kyrgios and Kokkinakis, advanced to the second round of the Australian Open doubles with a straight-sets win over Lloyd Harris and Julian Knowle, 6-2 6-4.

But it was the pair’s press conference and their ever-growing bromance, which may have stolen the show today after Kyrgios, who’s currently in a relationship, revealed Kokkinakis was busy all match talking about girls.

Clearly caught off guard by the comments, Kokkinakis was forced to deny the claims as Kyrgios continued to poke fun at his teammate. 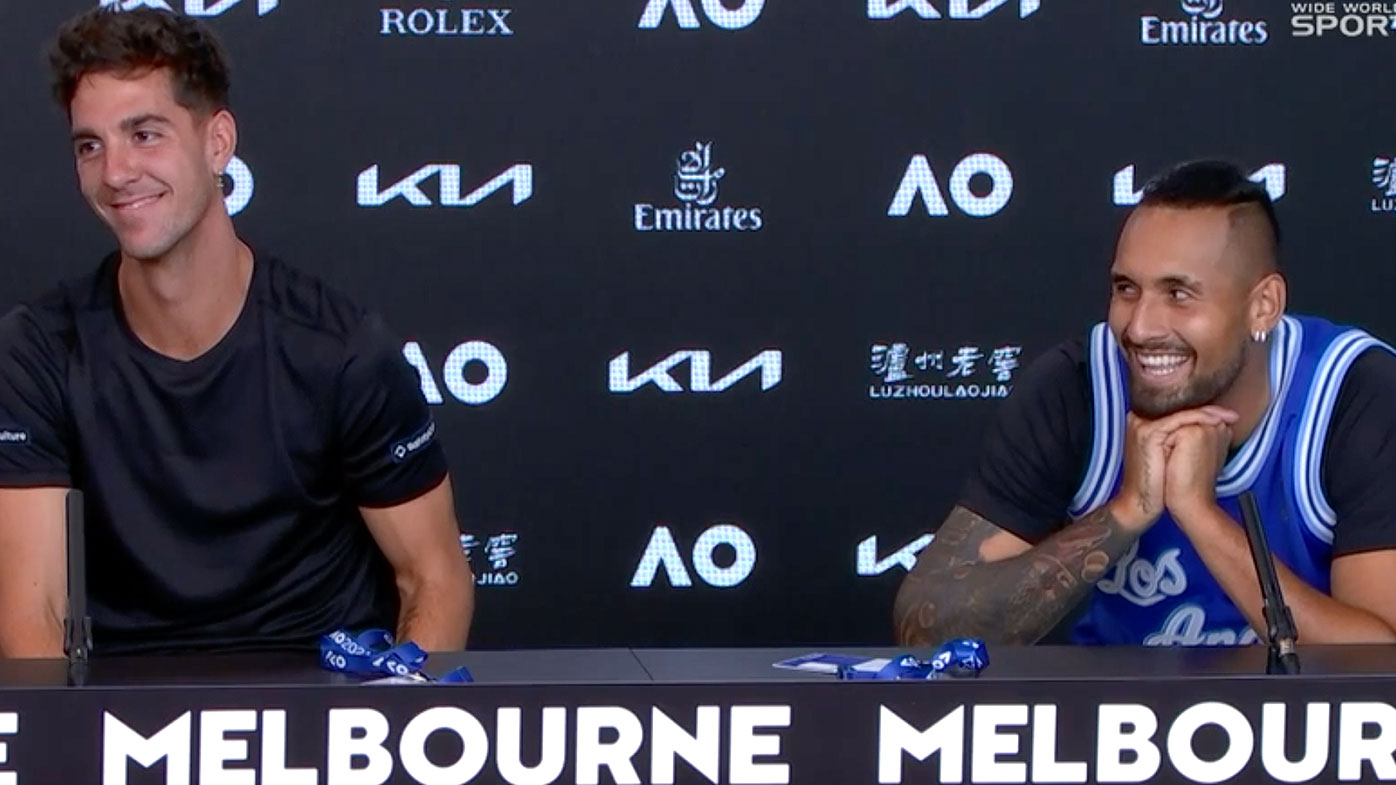 The hilarious interchange started when the pair was asked if their conversation between points was about match tactics or just general banter.

Kokkinakis: Tactical, maybe one per cent?

Kyrgios: I don’t know, there was actually a bit of talk out there.

Kokkinakis: Maybe a little bit, but it was definitely more rubbish.

Kyrgios: Well I’m a taken man, so he’s talking to me about girls most of the time.

Kokkinakis: He’s just thrown me under the bus right here. But that’s not true, we were just having fun.

Reporter asks: Has anything changed since the Tsitsipas match? Any developments for you [Kokkinakis]?

Kokkinakis: This guy [Kyrgios], every time!

Kyrgios and Kokkinakis will face fourth-seeded Wesley Koolhof and Lukasz Kubot in the second round.