Russian star Daniil Medvedev has overcome a spectacular falling out with his coach to win a five set thriller.

Russian star Daniil Medvedev has overcome an incredible mid-match falling out with his coach to progress to the fourth round with a rollercoaster 6-3 6-3 4-6 3-6 6-0 win over Filip Krajinović.

Medvedev looked to be cruising to an easy victory when he took a two sets to love lead but the match started to go off the rails for him in the third and, down 1-4 in the fourth, Medvedev snapped. 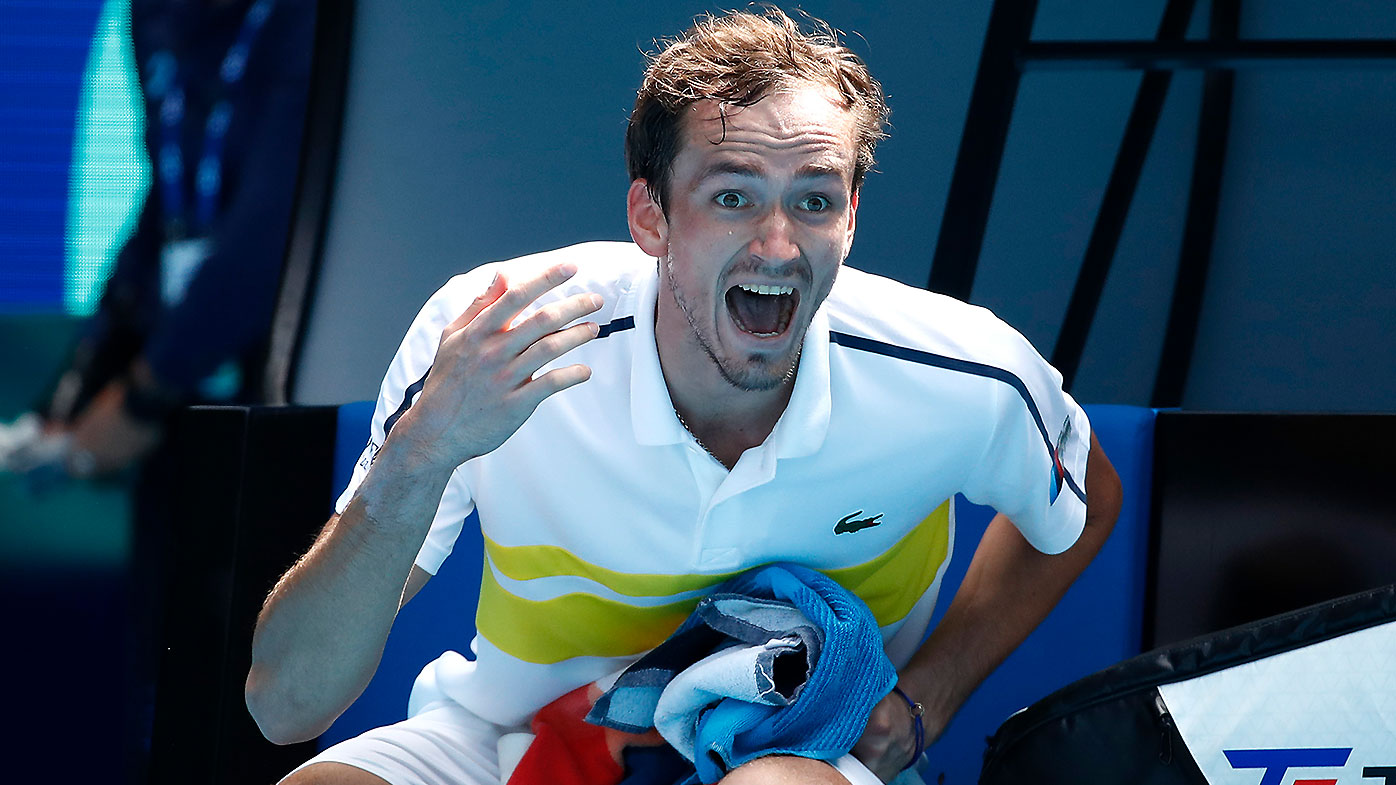 Speaking in French, which is the common language he shares with his coach Gilles Cervara, Medvedev directed a tirade at his courtside coach’s box, prompting Cervara to pack up and leave.

It was an extraordinary reaction, leaving the world No.4 to dig himself out of a match that was slipping away from him without any support.

Commentating for Nine, Todd Woodbridge and Jim Courier were stunned by the chain of events, reasoning that Medvedev may have been trying to draw energy from his coach in the same way that he feeds off a crowd, whether it’s cheering for or against him.

“What is very interesting about the scenario (of no crowds) is that Medvedev can draw on energies as Novak (Djokovic) does with the crowd to fire himself up, to find something to change momentum,” Woodbridge said.

“There’s nothing like that happening in the environment today, you’re going to have to self-create everything, and that’s not normal.”

Courier added: “It seems like he was doing that by almost picking a fight with his coach. That’s Gilles Cervara, and he has packed up and left the building! Took his bag with him.

“As we know, Daniil has been chatting in French, that’s their common language, and I think Gilles just had enough of what he was hearing and said, ‘That’s it, I’m going.” 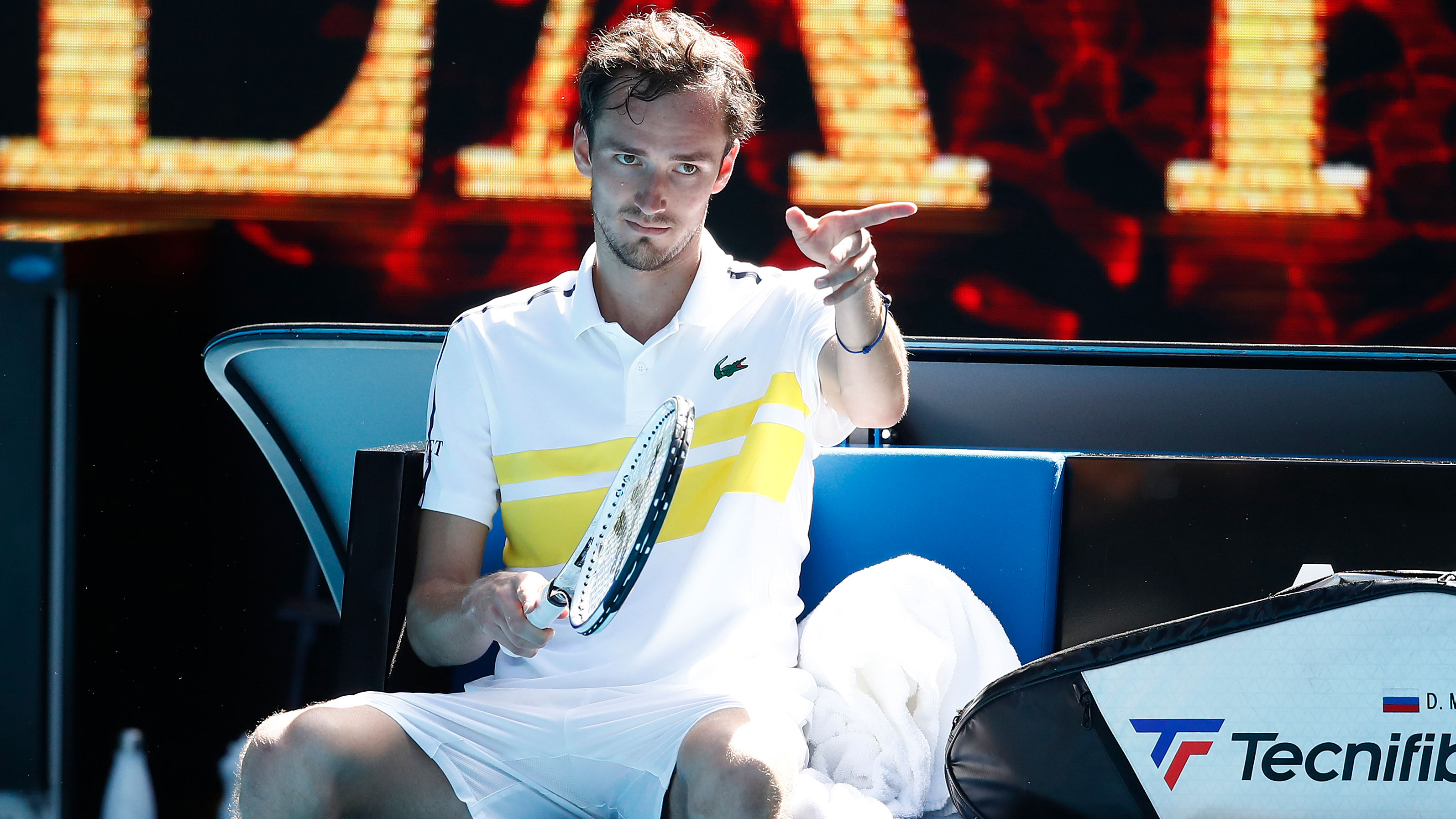 Although he was unable to turn the fourth set, his level of tennis lifted and the runaway train that Krajinović had become stalled.

After sealing the fourth set to level the match, the Serbian was unable to post a single game in the decider, with Medvedev breaking three times to sprint to the finish line.

The Russian will play American surprise packet Mackenzie McDonald in the fourth round.