He can be an “absolute nutter” but Fabio Fognini looms as a huge threat to Alex de Minaur’s Australian Open hopes.

When it comes to Fabio Fognini, the word ‘combustible’ barely cuts it.

Fognini, now 33, has been in and around the top 10 for the best part of a decade. He’s a supremely talented tennis player, so it’s quite something that he’s better known for his meltdowns than his Grand Slam triumphs, not that there hasn’t been plenty.

In some ways he’s the Italian version of Nick Kyrgios. Some would think of him as a wasted talent. Gifted with the game to be a Grand Slam champion he has instead become a fireworks show. Loud, colourful and unpredictable but more often than not fizzles out before you hope or expect.

One thing’s for sure, when he’s on the court you can’t look away.

Already he’s drawn headlines at this tournament for an ugly clash with his countryman Salvatore Caruso, who he outlasted in an extraordinary five set match then rubbed it in with some dismissive verbals as the pair met at the net for the handshake. 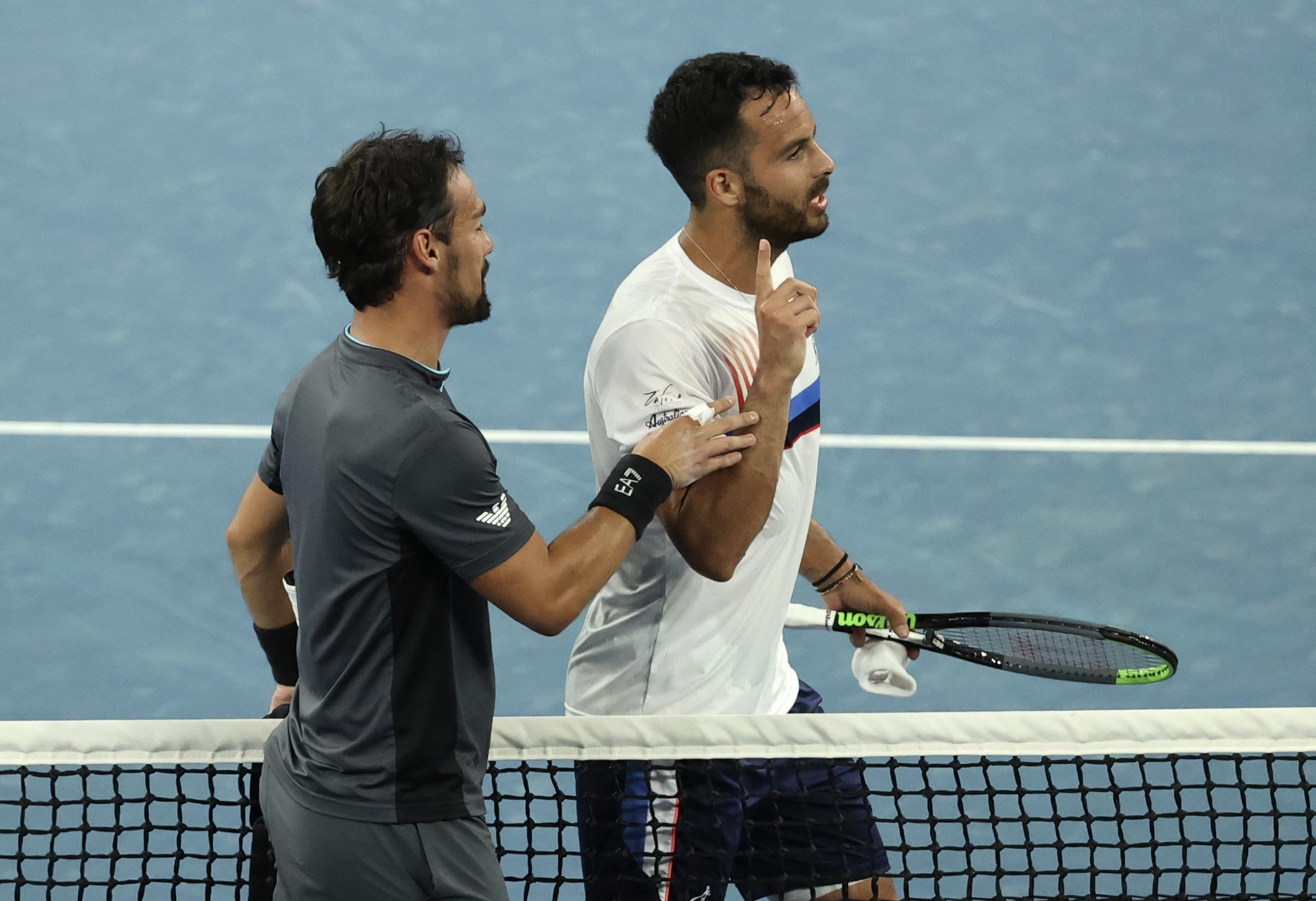 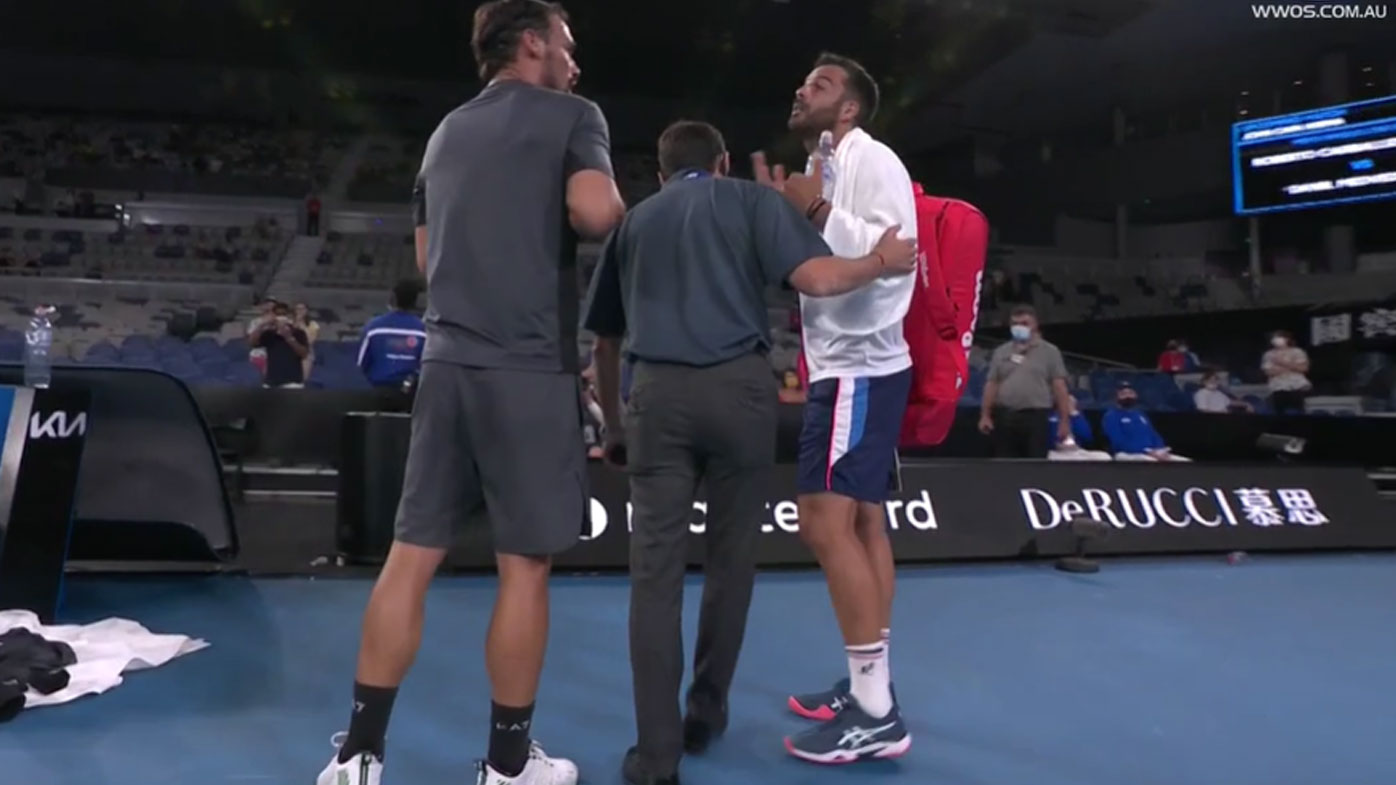 Caruso was unimpressed with Fognini’s insistence that his opponent was “lucky” – a word he apparently uttered consistently in Italian with a bit of salt and pepper – through the match as Caruso painted the lines with his ground strokes.

Fognini, unsure what all the fuss was about, actually had the gall to demand an apology for the suggestion that he was out of line. “He’s Fabio” after all.

So it’s fair to say the last local hope in the men’s draw will have a fair bit on his plate when he takes the court against Fognini tonight.

“He’s crazy talented but you never know which Fabio’s going to turn up and I think that’s one thing; it’s the unknown with him when he turns up, you don’t know what you’re going to get,” Groth told Wide World of Sports.

“He could turn up and play unbelievable tennis, I mean the guy’s still the 16th seed here for a reason. His best tennis is incredible. But his best tennis is reliant on him not being an absolute nutter on the day.”

The comical finish to Fognini’s second round match on Thursday night is far from the only time his wild personality has drawn the spotlight in Melbourne.

He’s become somewhat infamous for punching his racquet strings when he gets wound up and at last year’s Australian Open pounded it so hard in one match that he ripped his knuckles open and started bleeding on the court.

Astonishingly, he won that match, a five set thriller against another Aussie, Jordan Thompson, in the second round. He returned two nights later to thump Argentinian 22-seed Guido Pella in straight sets before losing in the fourth round to controversial American Tennys Sandgren. 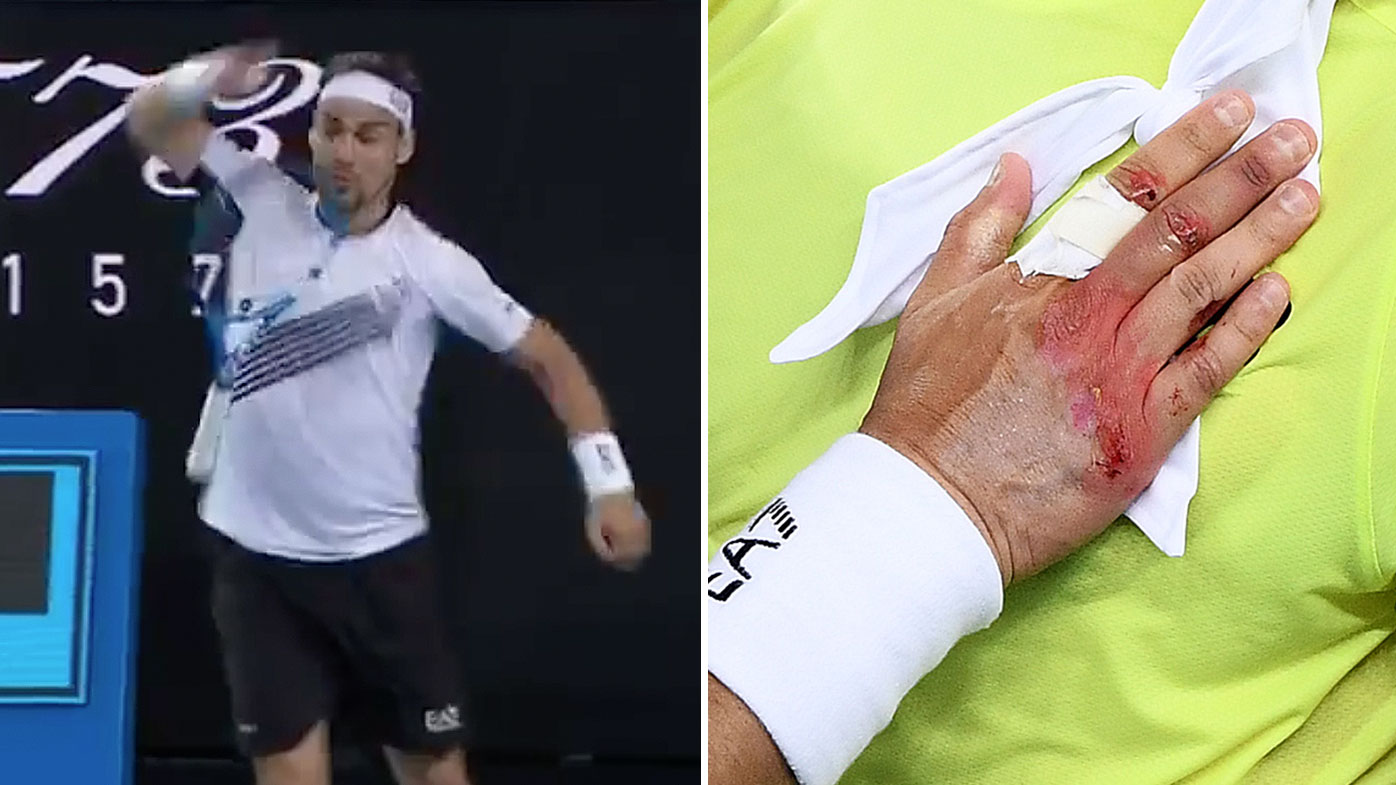 He routinely bounces back from controversies and long five-setters to win the next match. There’s no better phrase to explain him than a crude one; ‘zero [insert expletive here] given’. He’s Fabio and according to Groth, his emotion should frighten de Minaur.

“It’s when it goes the other way and he almost goes into his shell and starts to tank. When you lose that energy, sometimes that negative emotion is still a high energy.

“It’s when he goes the other way and he starts to throw in the towel that you get really worried about his prospects of winning, when he doesn’t say anything and he starts to drop his shoulders.”

Yet out of all the players on the circuit, de Minaur perhaps has the personality best equipped to deal with the bi-polar showing he’s likely to see from the other end.

In many ways tonight’s match is like fire versus ice. You can guess which one’s which.

“Playing someone like that’s not easy because so much focus goes into what you’re doing but you’re aware of what’s going on at the other end,” Groth said.

“It’s almost like when you’ve got an injured opponent or you’ve got someone tanking at the other end, it’s hard to keep doing what you’re doing because you’re almost waiting for them to implode.

“But we also know that ‘Demon’ is so good at taking care of his business and that’s what makes him so good. He hasn’t got the biggest weapons, but he’s quick and he takes care of his business and I think if Fognini starts to do the crap that we see, Demon has that ability now where he’s mature enough and he’s a good enough player to just take care of what he’s doing at his end.”

De Minaur won’t know what to expect out of Fognini but if the Italian brings his A-game beating him will be no mean feat.

Baseline rallies will be on Fognini’s racquet. The key to blunting his attacks though, could lie in de Minaur’s greatest strength. His speed and ability to retrieve balls that are lost causes for almost anyone else.

Like a wound up puppy, de Minaur has the ability to frustrate; even infuriate.

“He’s going to make Demon hit a lot of balls but I think Demon’s speed, I have Demon as the quickest guy in the top 100, I mean his genuine foot speed, and I think he’ll be able to take time away from Fognini and press him a little bit, stand up on the baseline,” Groth said.

“You’ve got to rush Fognini’s forehand and really get on top of his serve. I think Fognini, his serve can be a little bit shaky at times, you’ve just got to get on top of that.

“He’s good from the baseline, that’s why he’s ranked where he is. But for Demon, take care of your own serve, and no doubt Fabio will give you chances.”

‘An easy target’: Ex-Roo hits out at relocation talk