German star Alexander Zverev is through to the fourth round after a routine straight-sets win over Adrian Mannarino.

German star Alexander Zverev is through to the fourth round of the Australian Open after a routine 6-3 6-3 6-1 win over French No.32 Adrian Mannarino on Rod Laver Arena.

Zverev was in charge throughout the match and never really looked like losing, despite conceding a few break point opportunities at different stages. 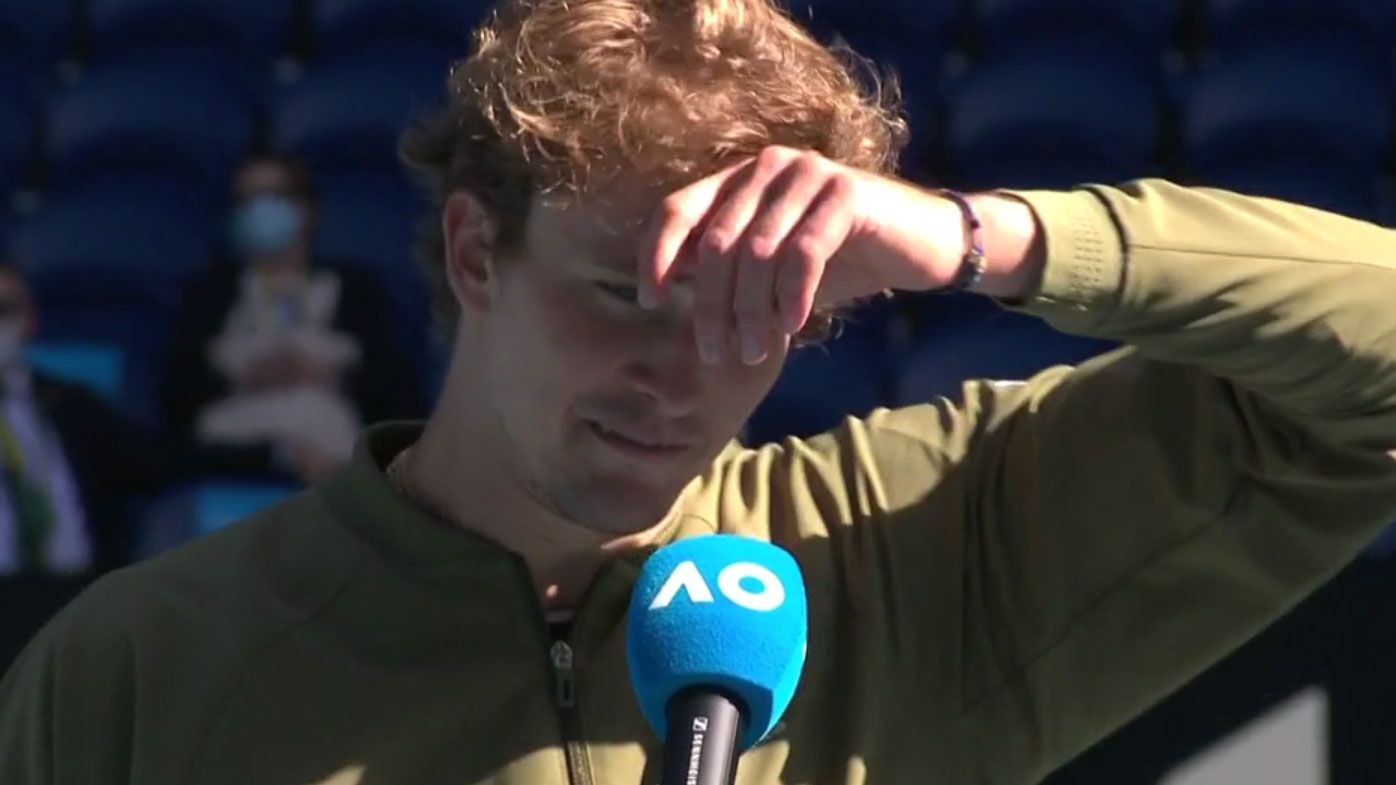 The only moment he looked uncomfortable was in an awkward post-match interview with Aussie tennis great John Fitzgerald.

As Zverev approached the mic, Fitzgerald noted that he looked taller this year and asked whether the German had grown.

“I hope not otherwise it will be very difficult for me to find a wife,” he responded, leaving the crowd with an awkward giggle.

“I feel weird now after I said that. I don’t know what else to say now.”

As many tennis fans pointed out, the line of questioning was a bizarre one from Fitzgerald, but it was also a strange response from Zverev given the claims of domestic assault that were leveled against him last year.

In an in-depth interview with Racquet magazine, Zverev’s former partner Olga Sharypova alleged the German tried to “strangle” her at the 2019 US Open.

Zverev has consistently denied the allegations, noting that people were trying to ruin his name.