The inaccuracies of the new Hawk-Eye Live and net chord systems at the Australian Open have been laid bare by several players on the first week.

Suspicions about the accuracy of the new Hawk-Eye Live and net chord systems at the Australian Open have been laid bare by several players in the first week.

Nick Kyrgios, French star Gilles Simon and others have had run ins with officials over calls made by technology that they disagreed with and many of their frustrated peers have backed them without making as much noise.

Yet Nine’s Sam Groth argues that only some of the players’ complaints are legitimate, with the commentator pointing out that Hawk-Eye technology had been called for by the players and that they were merely looking for something to vent about.

The introduction of technology in tennis officiating started in the 1970s, with computerised line-calling devices using pressure sensors and infra-red laser beams brought in to give calls more clarity, with service faults causing a loud beep.

But the complete removal of lines judges at this year’s Australian Open has taken technology’s influence on matches to the next level and players seem to be having buyers’ remorse.

Hawk-Eye was tested and passed for professional use by the International Tennis Federation in 2005. But this Grand Slam is the first that has put players in a position where they can no longer blame human error for their grievances. The Australian Open is the first to force them to blame technology for calls they think went against them.

Simon, Kyrgios and Francis Tiafoe all expressed their displeasure with the new technology, (Simon and Tiafoe both lost) while world No.1 Novak Djokovic had nothing but goods things to say, giving it his stamp of approval for future use. 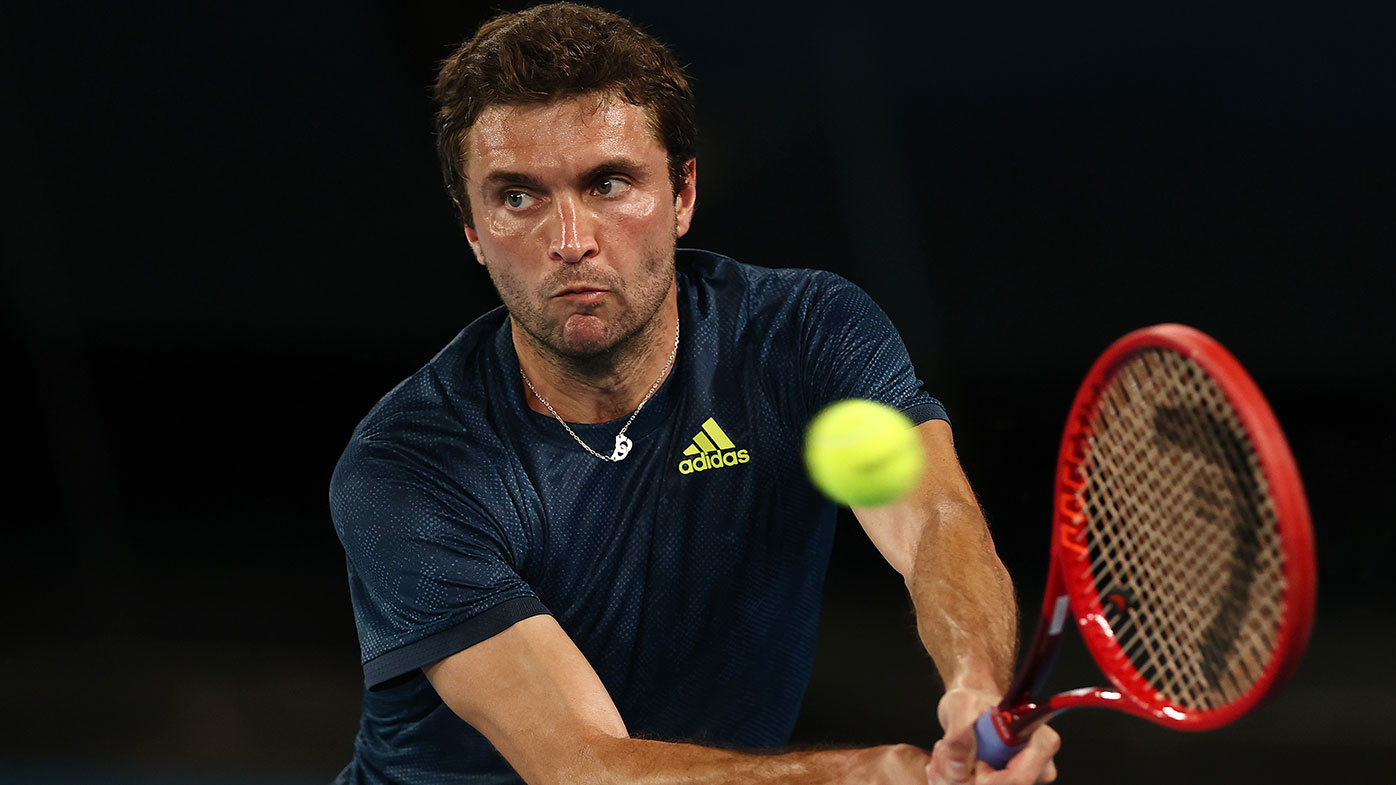 The mixed reaction is nothing new, players across several sports over the years have been critical of technology’s implementation. The Hawk-Eye Live system uses remote tracking cameras to relay automatised line calls to the umpire, removing the need for player challenges.

NRL’s ‘The Bunker’, cricket’s DRS, and football’s VAR have all invited controversy since virtual officiating was brought in, with most sports capitalising on the integration of sponsorship into the automated technology.

In tennis’ case, arguing against the definitive calls of a computer may not endear players to fans, but according to Groth they will continue to argue their point no matter how decisions that go against them are made. 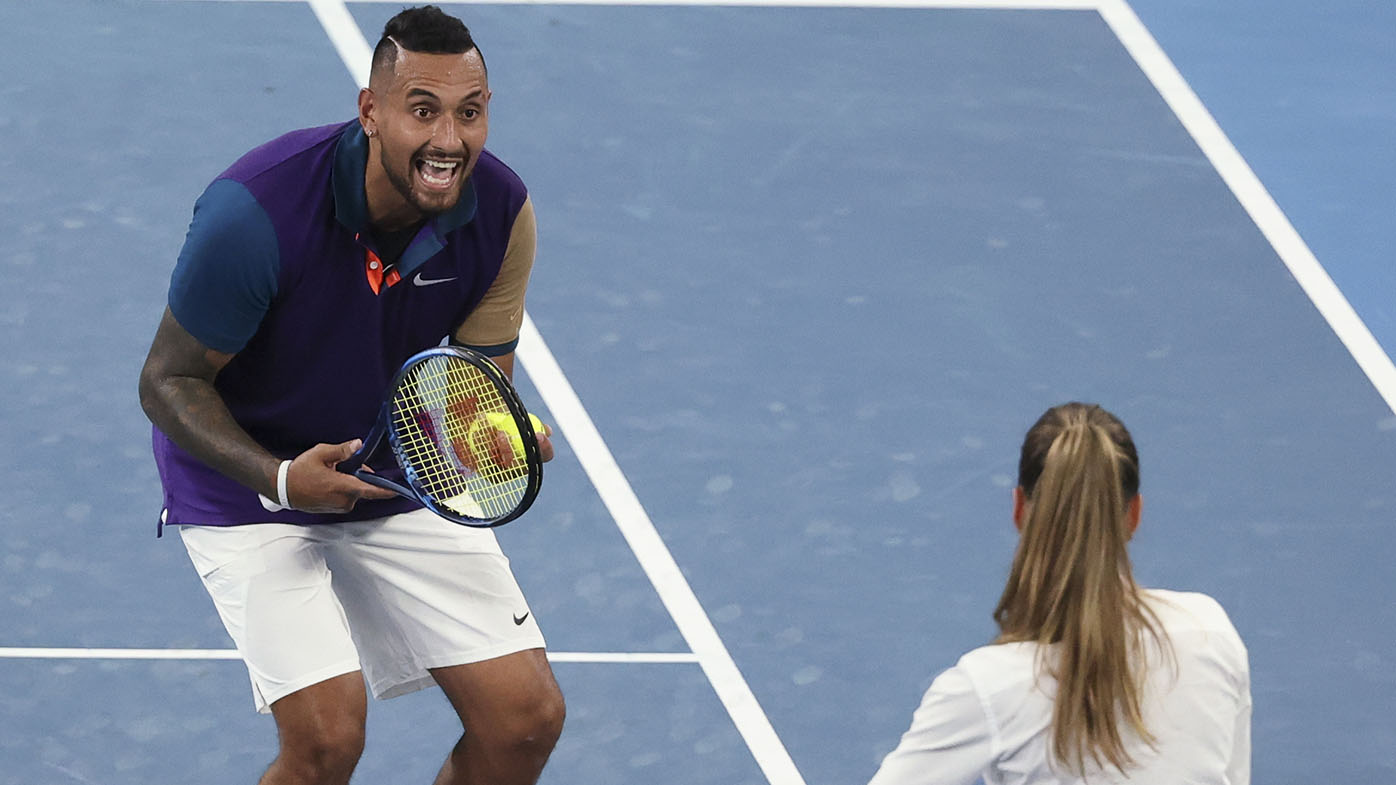 “Players have been crying out for Hawk-Eye forever, they love the technology and will argue with an umpire if there’s one on the court,” Groth told Wide World of Sports’ The Morning Serve.

“I think the introduction of Hawk-Eye it gets rid of a lot of the uncertainty. Everyone has been OK with the technology up until now and with it calling every line who else are you going to blame?”

The most contentious aspect of the technology at this year’s Open appears to be the net cord system. It’s a sensor attached to the top of the net that detects vibration, making a let call more certain in the eyes of officials. Its sensitivity was called into question by Kyrgios after his first round win over Ugo Humbert.

“It’s tough because having technology like that, you sound like an idiot trying to argue against it,” Kyrgios said.

“But in saying that, even when he was serving, he (Humbert) served a ball that was like literally about this far (gestures) over the net and the net thing went off. I was like, there’s no chance this is accurate, in my opinion.

“The line calling , we can’t do anything about that because that’s for COVID reasons, so that’s fair enough. But the net machine, if you have a device that you can turn down the sensitivity and stuff, I just think there’s too many variables.”

Groth agreed with Kyrgios’ assessment, highlighting the concerns of several players over the imperfect net cord system which is riddled with problems.

“The let one has always been a bit of a contentious issue,” Groth, who reached world No.53 in singles, admitted.

“With the device on there, sometimes when you hit a fast enough serve and it just misses the tape, I guess the breeze coming off the ball can set the net device off a little bit. We’ve seen them flying off in matches as well.”

Monitoring a net cord was once deemed a risky job with net judges encouraged to wear helmets in the past. Officials were expected to literally stick their necks out in the line of fire before new technology was brought in.