Serena delights after breezing into fourth round

Serena Williams joked about playing an Australian Open doubles match with her daughter after breezing through to the fourth round.

Serena Williams never lost a set to Jelena Dokic in their four career meetings, with the tennis megastar twice humiliating the Aussie with 6-0 set scores.

So it was perhaps no surprise that Dokic admitted to be “nervous” facing her former foe again on Rod Laver Arena today, albeit with a microphone in hand rather than a racquet. 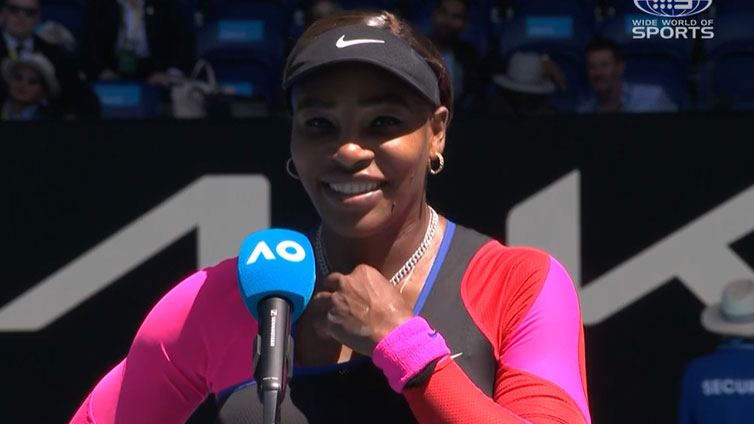 Conducting the on-court interview for Nine after Williams swept into the Australian Open fourth round with a 7-6 (7-5) 6-2 win over Russian Anastasia Potopova, Dokic coaxed some fascinating answers out of the 23-time Grand Slam champion after softening her up with a request that she be “less brutal”.

“I’m just hoping you’ll be a little less brutal than you were when I played you because I’m still a bit nervous to interview you,” Dokic said.

After laughing at the ice breaker, Williams revealed the inspiration for her much-talked about Australian Open outfit and her three-year-old daughter Olympia’s talent with a racquet, joking that she wanted to pair up with her in a Grand Slam doubles match one day.

“I’ve been talking to her about playing doubles here with her one day,” Williams laughed as the camera panned to her faux horrified looking husband Alexis Ohanian. 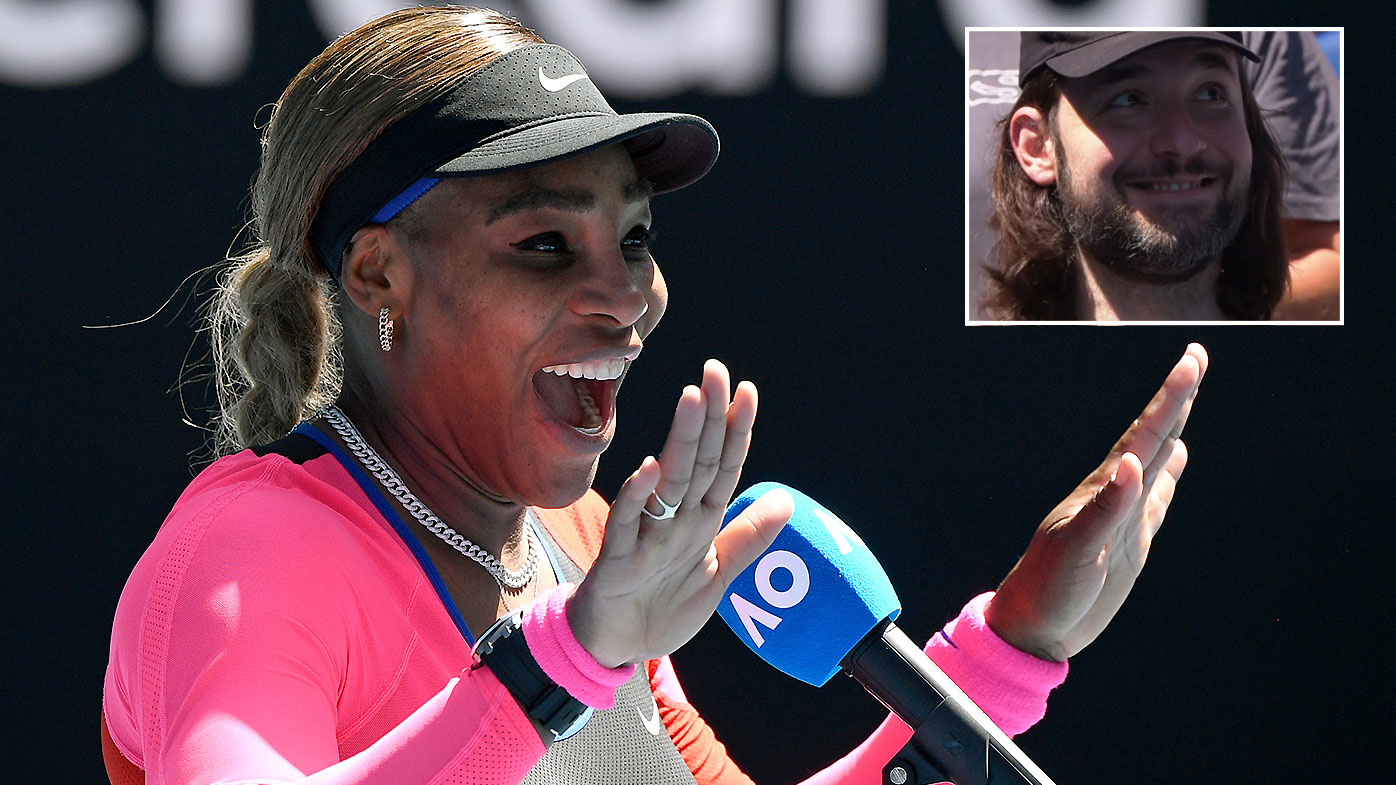 “She technically already has an Australian Open title (Williams was pregnant with her when she last won the season-opening Grand Slam in 2017), the trophy’s usually in her room.

“But, you know, it was the only thing that we can do social distanced for almost a whole year of COVID is play tennis, so I was like ‘I would never put my daughter in tennis’ and then it’s the best socially distanced sport, I think, that you can play.” 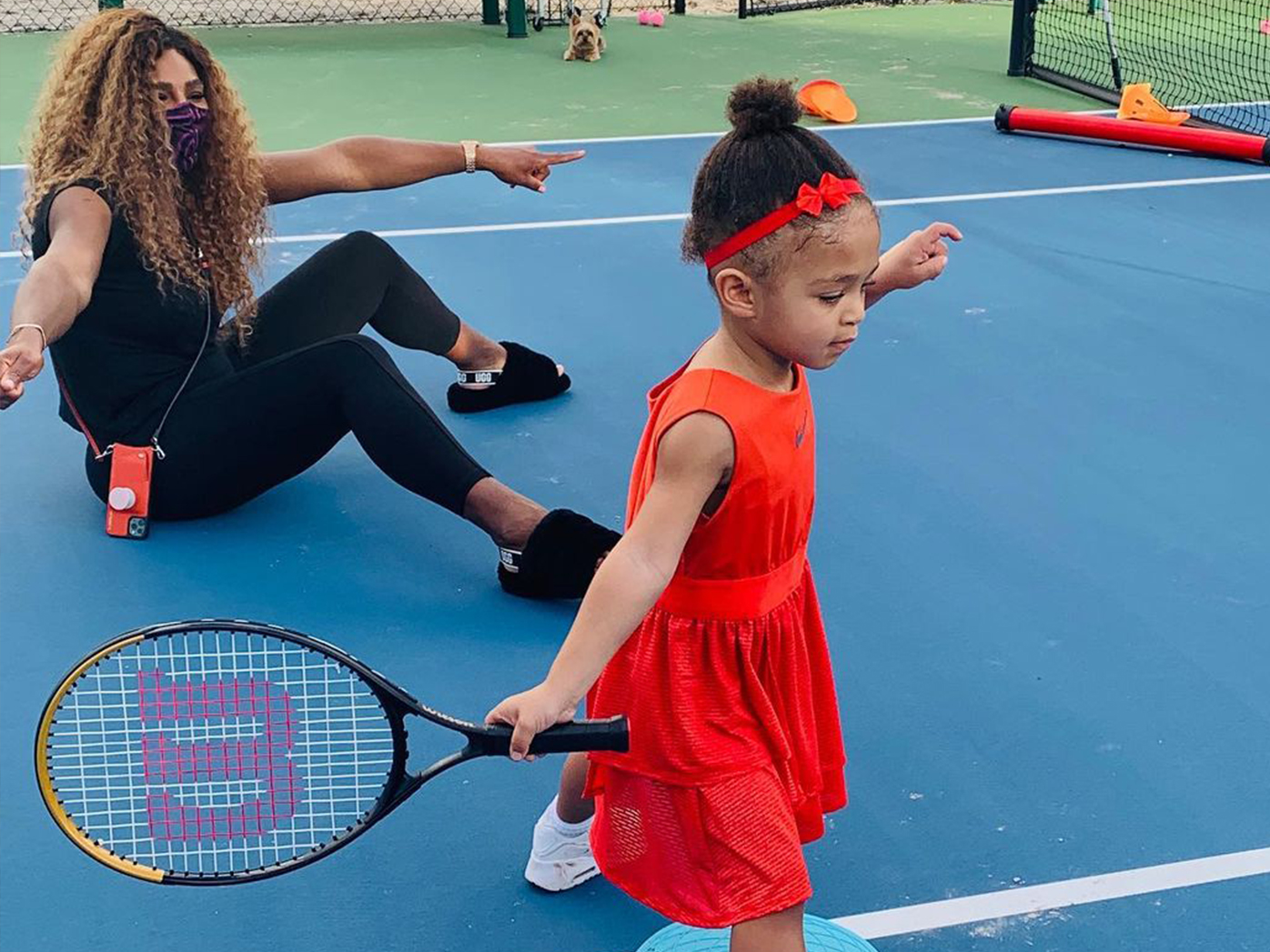 While Williams’ post-match interview was light-hearted, the match itself wasn’t quite as breezy.

The 39-year-old, who has been in imposing form so far this tournament, admitted she hadn’t “got off the starting blocks like I would have wanted to and like I have been since I’ve been playing here” and she very nearly dropped the first set.

Russian teenager Potapova looked anything but awe-struck as she broke Williams and had an opportunity to serve for the opener before Williams lifted her level, breaking back to set up a tiebreaker. From that point on the result appeared inevitable, with the veteran outclassing her opponent to run away with it in straight sets.

“It’s about surviving and playing better every round,” Williams reflected after the match.

She will take on seventh-seeded Belarusian Aryna Sabalenka in the fourth round on Sunday.