The spectator booted from Rod Laver Arena for taunting Rafael Nadal has fired some extraordinary words on 3AW.

The spectator last night ejected from Rod Laver Arena for heckling Rafael Nadal has defended her behaviour in a staggering radio interview.

During the second set of Nadal’s second-round win over Michael Mmoh, a woman in the crowd halted play when she began yelling insults at the 20-time Grand Slam champion, giving him the middle finger and screaming “hurry up, you OCD f–k”, before security escorted her from the venue.

The unidentified woman, whose alias is ‘Lisa’, said in an interview with 3AW’s Neil Mitchell that she was baffled at the enormous amount of attention she had received. 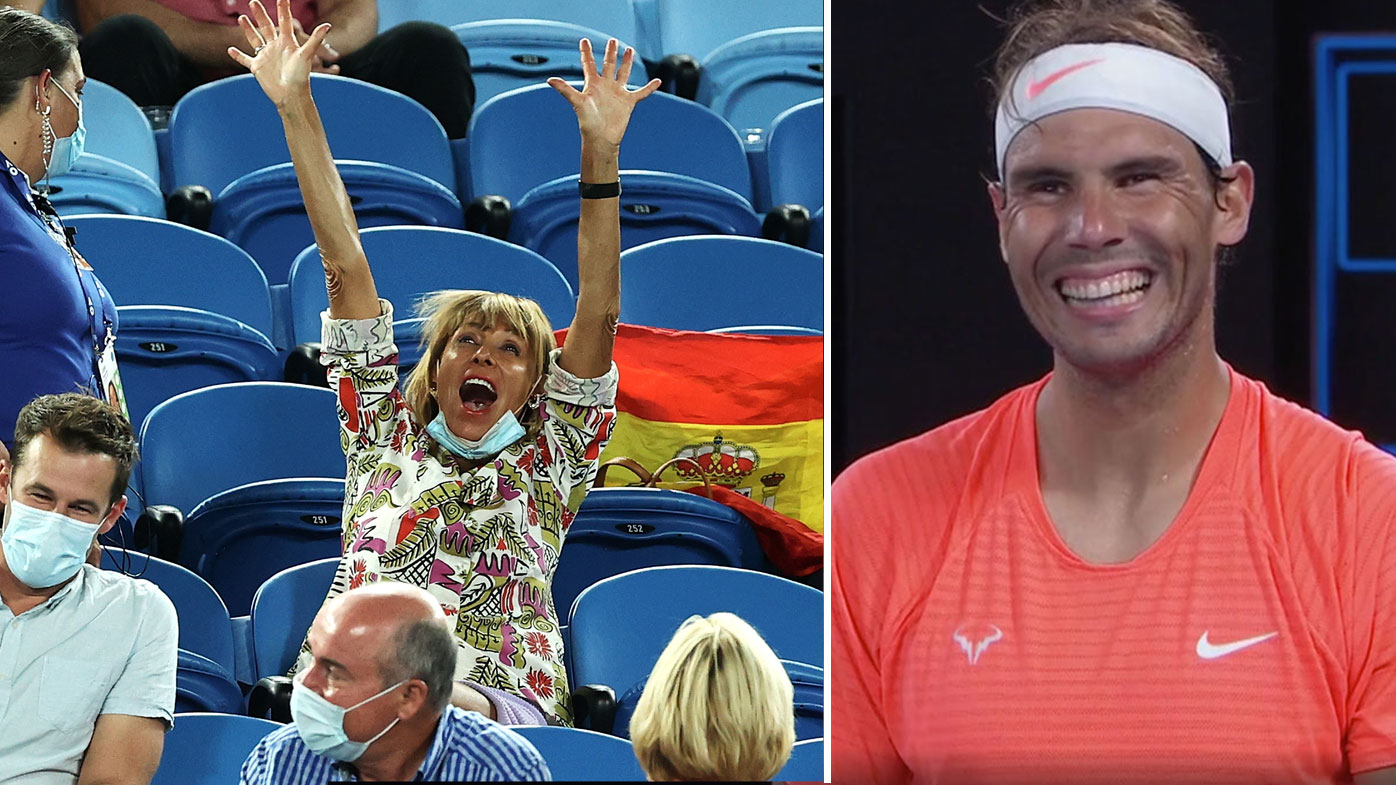 “I think he’s incredibly boring and he goes through all those OCD rituals all the time.

“The only reason I happened to be at the match is because I wanted a ticket to see the previous female match between Coco Gauff and Elina Svitolina and I stuck around to watch the boring Nadal.

“The very fact that apparently pictures of me have gone viral, even around the world, reflects on how incredibly boring his matches are, because why would you want to focus on a spectator?” 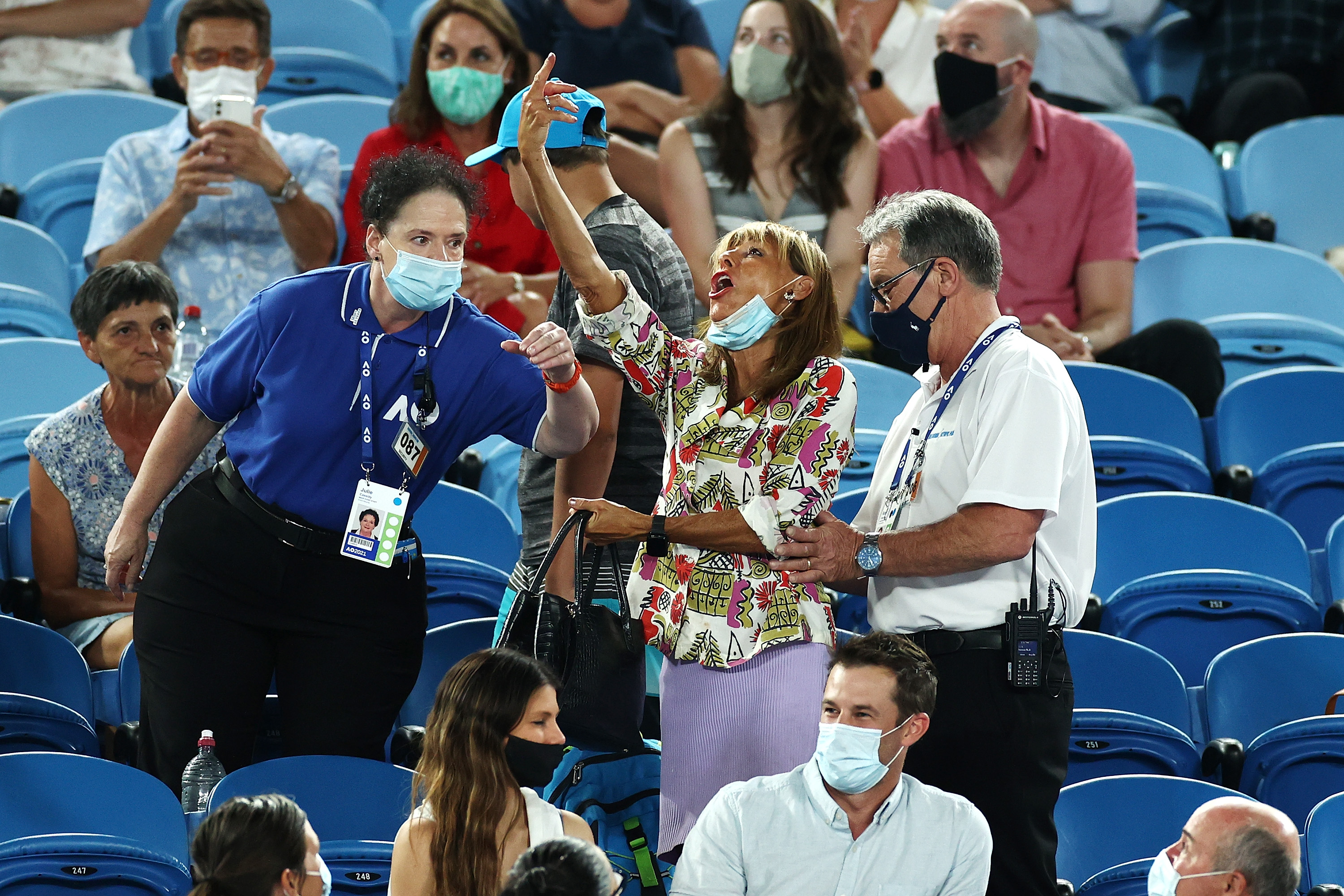 ‘Lisa’, who said her daughter “wasn’t too happy” with her behaviour, accused security of mistreating her.

“I mean I was vocal in the previous match calling out for Svitolina, because she’s one of my faves.

“The other thing is I am a tennis aficionado. I come down to Melbourne (from Sydney) each year, especially for the tennis. I’m so glad that it was held this year.”

When asked post-match whether he knew the woman, Nadal said: “No – and honestly, I don’t want to know (her).”

The superstar Spaniard also suggested ‘Lisa’ may have overindulged on gin or tequila.

The woman addressed her potential intoxication in the 3AW interview, saying she had had “one glass of bubbly” and conceding that she had “possibly” had been impacted by alcohol.

The woman also revealed she had tickets to both Friday’s and Saturday’s matches.

“I might need to go in disguise – and I certainly won’t be wearing the outfit I wore,” ‘Lisa’ said.