He’s ranked just 114th in the world and is competing in his first major, but this Russian qualifier is rocking the tennis world.

He’s ranked just 114th in the world and is competing in his first major championship, but Aslan Karatsev is giving the Melbourne Grand Slam an almighty shake.

Not only did the Russian qualifier today advance to the fourth round of the Australian Open, he is yet to lose a set. 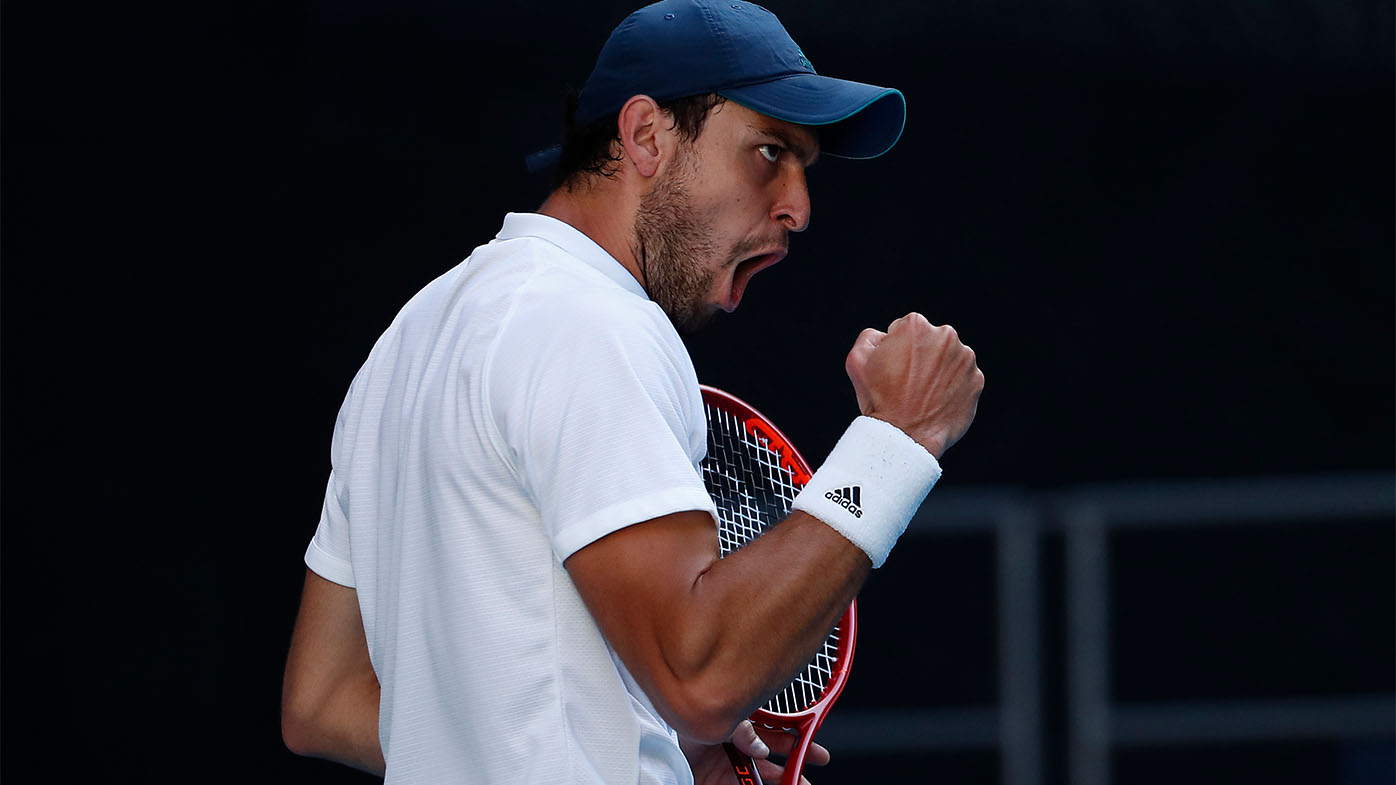 The 27-year-old began this year’s edition with a 6-3 6-3 6-4 first-round win over Italian Gianluca Mager, before again firing in a 6-0 6-1 6-0 second-round thumping of Belarusian Egor Gerasimov.

But Karatsev delivered his most ominous warning yet in today’s triumph over world No.8 Argentinian Diego Schwartzman, bagging 50 winners, including nine aces, en route to a 6-3 6-3 6-3 victory.

And he’s making a big impression on the tennis world.

“So impressed what I am seeing game wise and sense of calmness,” Andre Agassi’s former coach and now respected commentator Brad Gilbert said of Karatsev.

“This is the first match I’ve seen Karatsev play this week, but his level of ball striking just looks insane,” The Athletic’s Sam Vecenie tweeted.

” … The way Karatsev just wrecked Schwartzman was incredibly impressive. He’s a threat in this draw. Know he’s outside the top 100, but I don’t think Shapo(valov) or FAA (Felix Auger Aliassime) will be thrilled about playing this guy.”

The dark horse, who is now set to face the winner of the Canadian duo, was rapt with his performance in his on-court interview.

“First of all, qualifying – I was already happy.

“Then [it’s] been round by round, and I’ve played really good tennis … I’m happy.”

In 2017, Karatsev was sidelined with a knee injury for six months that he had suffered while training in Spain.

He was outside the top 250 when COVID-19 forced the suspension of the ATP Tour in March last year, but he then won 18 of his final 20 matches on the ATP Challenger Tour to surge up the ranks.

Karatsev today became just the fifth qualifier in 21 years to have progressed to the fourth round of a Grand Slam championship.