Crowd boo as they’re kicked out of Aus Open

All remaining spectators at Melbourne Park have been sent home as Victoria’s new lockdown restrictions come into effect.

All remaining spectators at Melbourne Park have been sent home as Victoria’s new lockdown restrictions come into effect.

It was a remarkable moment when the news was announced to the straggling crowd during Novak Djokovic’s clash with Taylor Fritz, inviting a torrent of boos from keen tennis fans.

Midway through the fourth set, the umpire read out an official announcement from Tennis Australia which explained their procedure for ushering fans out of Rod Laver Arena. 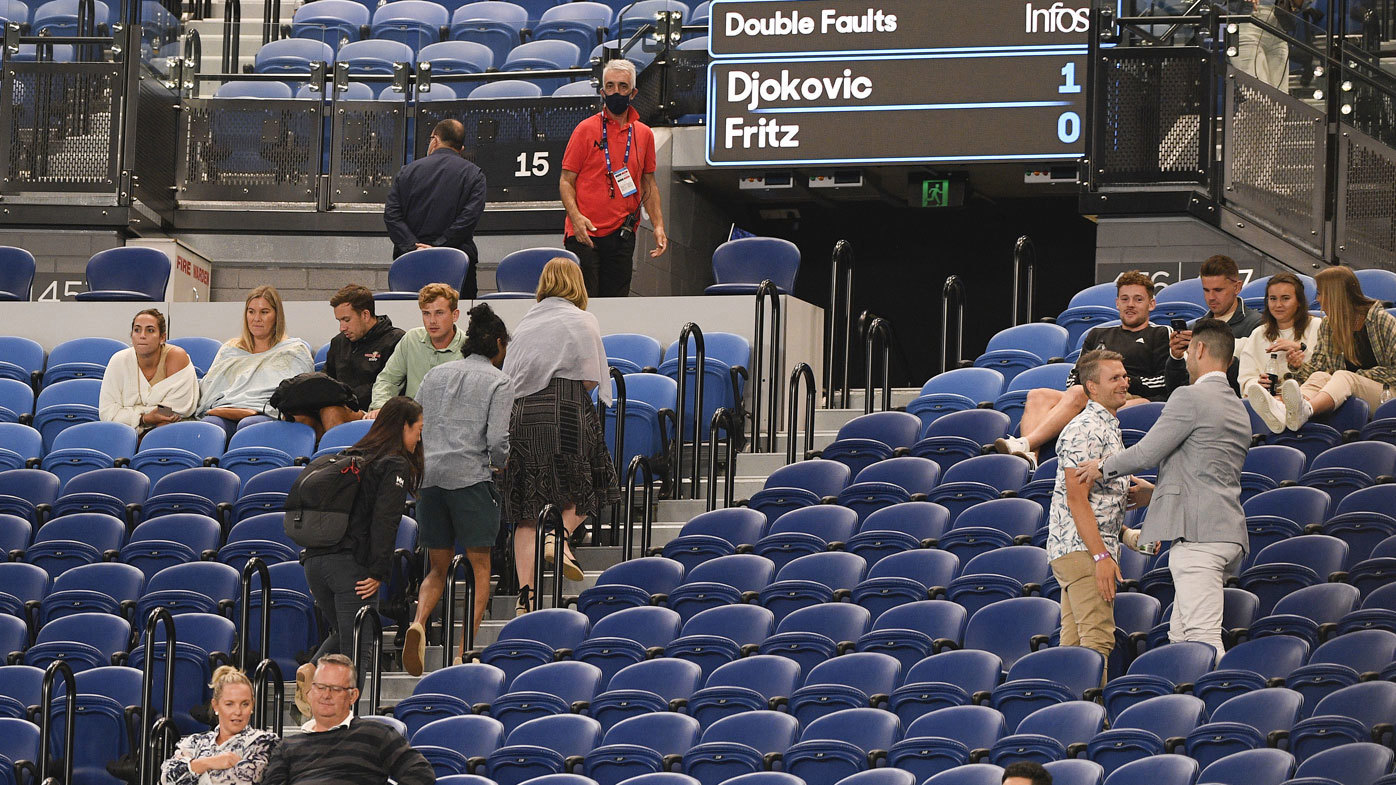 “In line with Victorian Government restrictions, all Melbournians must be at home by 23:59 AEDT tonight,” the statement read.

“Fans inside RLA will be required to leave the arena before 23:30 AEDT. Please note there may be a stoppage in play while the fans exit.”

While fans jeered and booed as they were ushered out of the venue, it was music to Djokovic’s ears who was copping an earful from a hostile crowd as underdog Fritz launched a sensational comeback.

Play was halted while fans exited the premises.