Pablo Carreno Busta’s run at the Australian Open has been cut short by injury in the third round.

Pablo Carreno Busta’s run at the Australian Open has been cut short by a suspected abdominal injury after the Spaniard retired from his third round match against Grigor Dimitrov.

The 15th seed’s range of motion was extremely limited as he battled through the first set going down 6-0. Dimitrov was aggressive from the outset and the ailing Spaniard struggled to keep up racking up 20 unforced errors.

Following a medical timeout in between sets, Carreno Busta took to the court to soldier on but was quickly broken by Dimitrov before retiring from the match after 38 minutes, going down 6-0, 1-0. 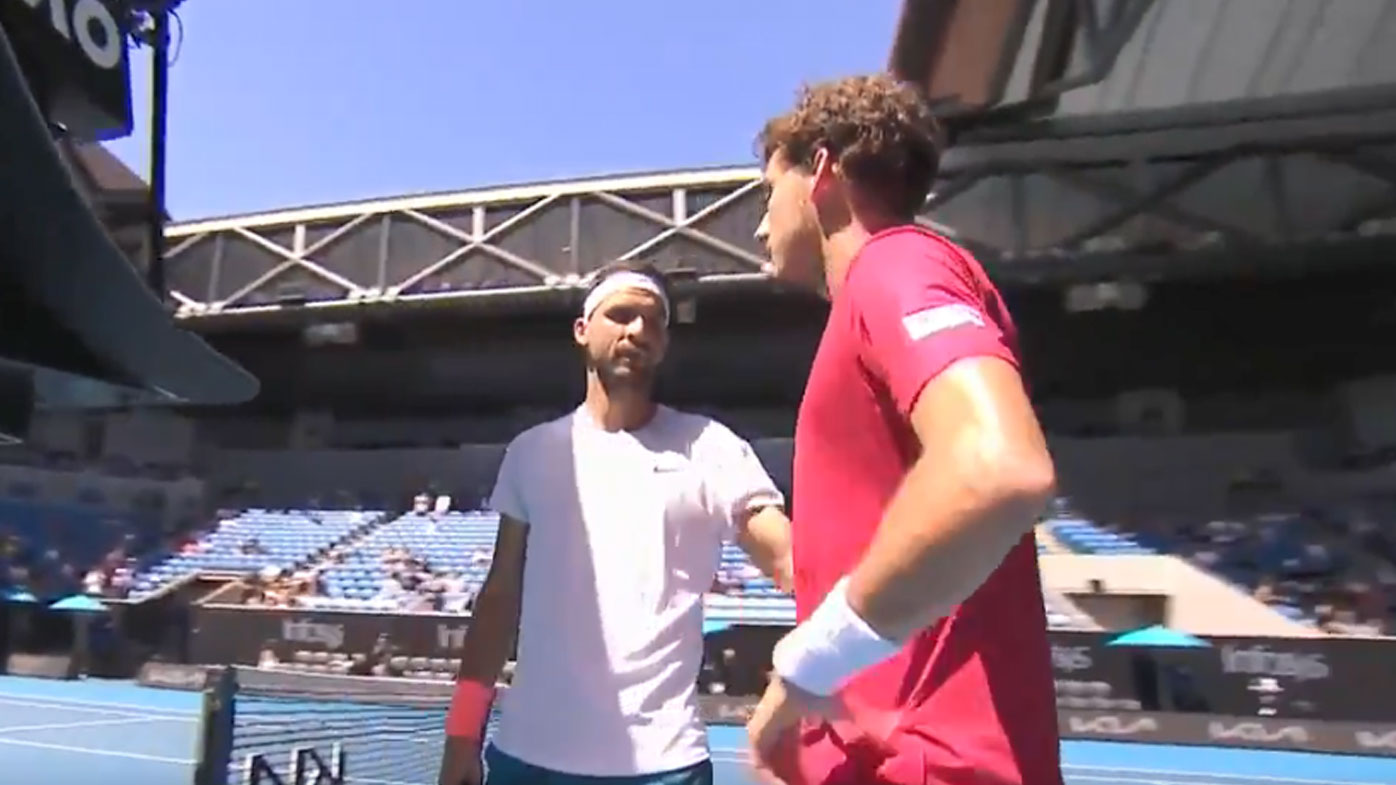 “Clearly it’s very unfortunate for him,” Dimitrov said in his on-court interview.

“But I also want to give myself a little bit of the credit because I stayed in the match.

“I stayed focused. The first sets of tournaments like [this) are so important, so I also wanted to save a lot of energy.”

Dimitrov confirmed in his post-match press conference that he was oblivious to his rival’s injury concerns prior to the match.

The Bulgarian is yet to drop a set at the Australian Open after disposing of former US Open champion Marin Cilic and Australian Alex Bolt.

Dimitrov will face the winner of No. 3 seed Dominic Thiem and Australian Nick Kyrgios for a chance to qualify for the quarter-finals.