An unruly fan has been ejected from Rod Laver Arena for holding up Rafael Nadal’s second-round clash against Michael Mmoh.

An unruly fan has been ejected from Rod Laver Arena for holding up Rafael Nadal’s second-round clash against Michael Mmoh after launching a bizarre expletive tirade at the World No.2 himself.

While Nadal was attempting to serve out the second set, a disturbance could be heard from the crowd. Nadal attempted to ignore it and play on but when it continued the match halted.

Both Nadal and Mmoh looked perplexed as a female crowd member appeared to be yelling while fans around jeered.

The umpire interjected over the microphone: “Thankyou madam, you are delaying everyone”, which only provoked the woman further. 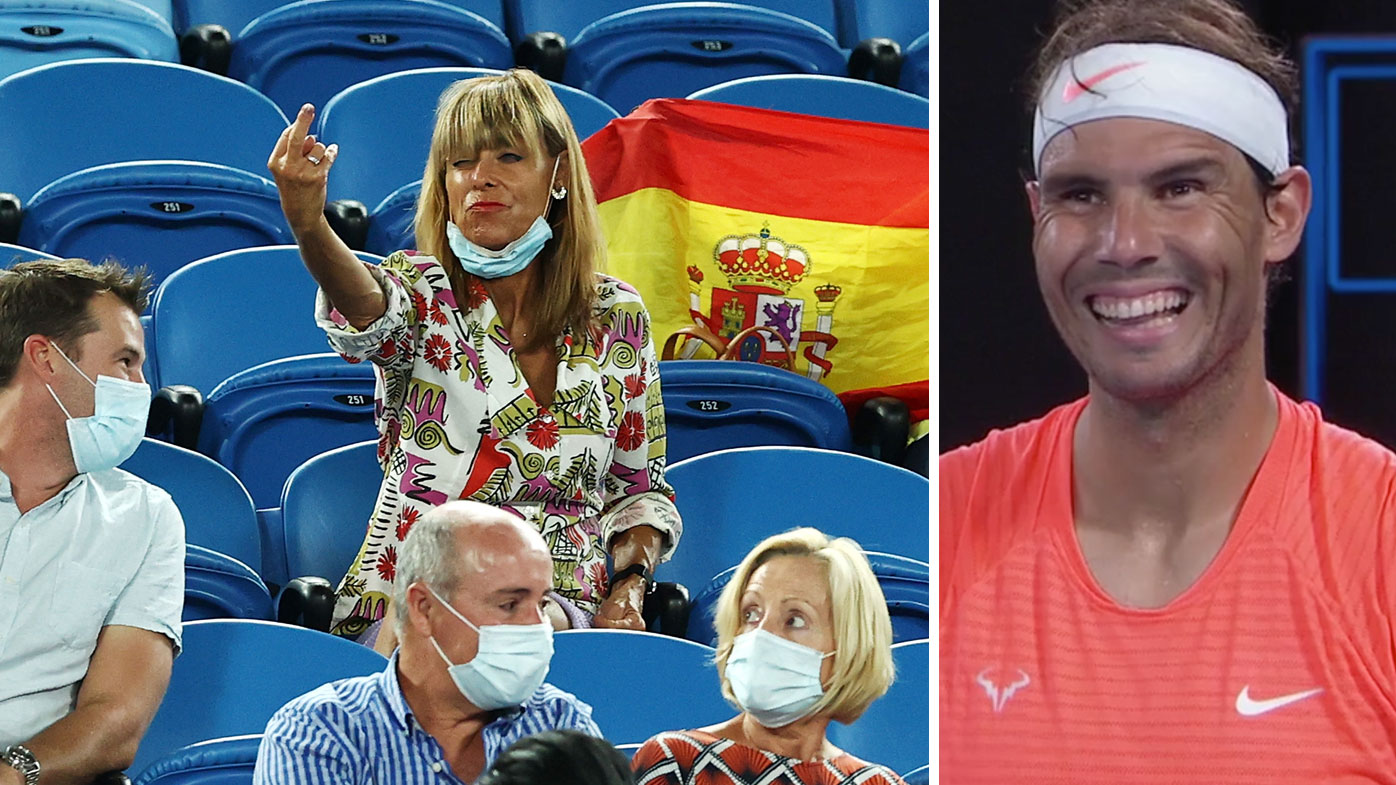 Reports from the stands suggested she yelled out “hurry up you OCD f—” to the Spaniard.

She then gave the finger directly toward Nadal who was seen laughing at centre court.

Nadal was nice enough to see the lighter side of the situation, giggling to himself, but the crowd at Rod Laver Arena weren’t as forgiving as they went in to bat for the Spaniard by booing the woman.

Play resumed, but two points later the same woman cropped up again yelling “w–ker” as Nadal attempted to serve. Cameras caught the woman then wildly flailing her arms around which invited security down to remove her once and for all. 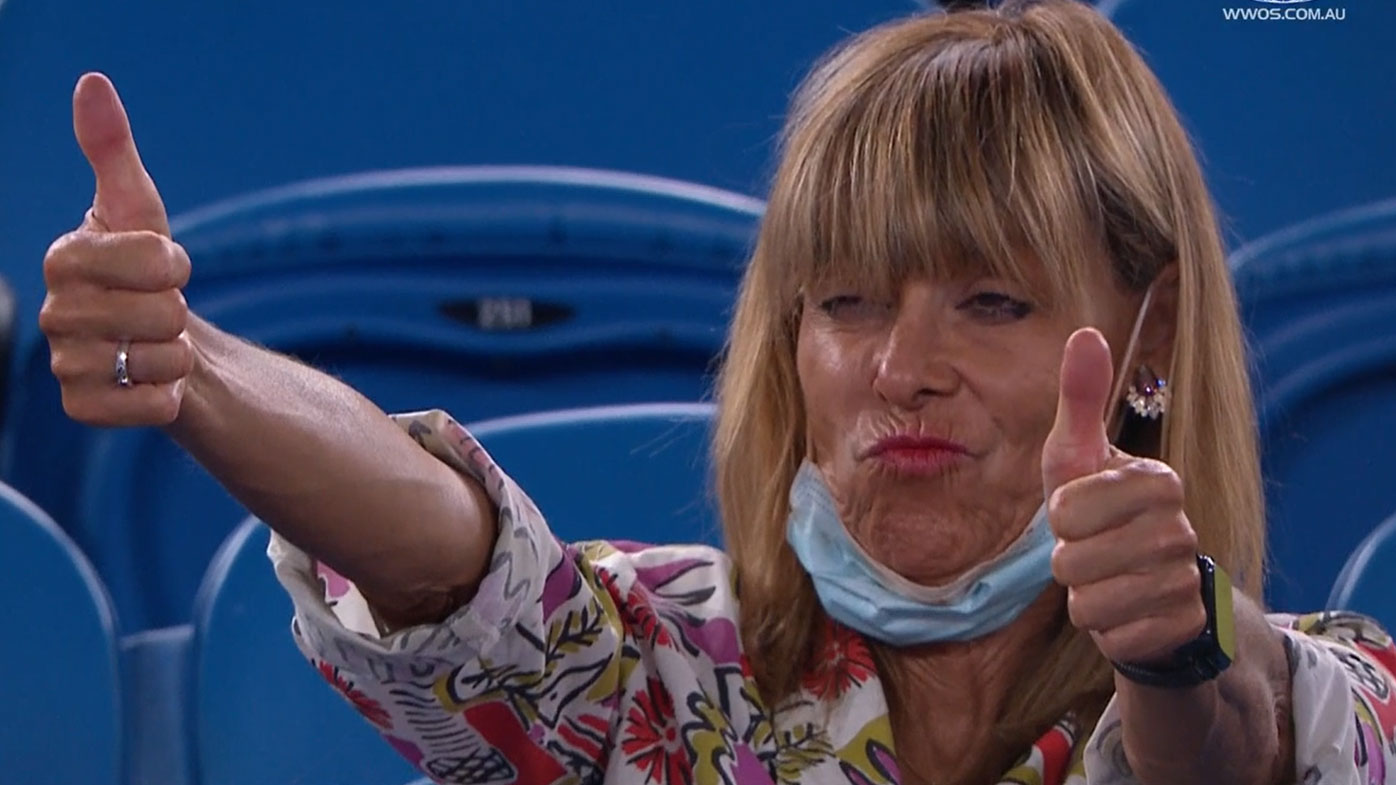 She put up a brief stand for a minute, appearing to try and apologise to Nadal, before eventually being forcibly removed from the arena.

“A little bit of a disturbance there in the crowd,” Aussie tennis great John Fitzgerald said as the madness ensued courtside.

“I couldn’t hear the specific language, there was a little bit of ill will between two ladies.

“Well there is one lady that is getting rather animated, she might be asked to leave, actually. I think she’s having a crack at Rafa, I’m not sure why, she’s the first person I’ve seen do that.

“She’s a bit inebriated I think, this is chaos. This is so unnecessary, it’s just one individual that has made a complete goose out of themselves.”

Asked about the disturbance post-match, Nadal was his usual classy self.

Never a dull moment at the Australian Open!