Buccaneers tight-end Rob Gronkowski was a stand out yet somehow has been kept away from the Lombardi Trophy.

Buccaneers tight-end Rob Gronkowski was a stand out in the Super Bowl win over the Kansas City catching two touchdown passes and posing a threat on offence every time he touched the ball.

Yet the star affectionately known as “Gronk” still hasn’t had a chance to touch the famed Lombardi Trophy following the Tampa Bay’s convincing victory over the Chiefs.

“I haven’t even touched the Lombardi Trophy yet,” Gronkowski told ESPN. “I’m not sure if it’s for a reason, if the Buccaneers organisation is trying to keep it away from me, but it would be pretty cool just to even see it. I just saw it from about 30 yards away yesterday, but I have not touched it yet, and hopefully, I get to soon.”

Perhaps Gronkowski’s history with the trophy itself played a part with the distance between the star and the team’s new hardware.

Two months after New England topped the Los Angeles Rams in Super Bowl 53 in 2019, Gronkowski dented the Lombardi Trophy after using the piece to take a pitch from former teammates Julian Edelman on the Boston Red Sox’s Opening Day game.

“That was dangerous how I dented that trophy,” Gronkowski said from Disney World, where he hung out with Stormtroopers. “I always blame that on Julian [Edelman], he threw me the pitch.”

Gronkowski, who had six receptions for 67 yards and two touchdowns in the memorable win, revealed his plans for the trophy once he does come in contact with it. 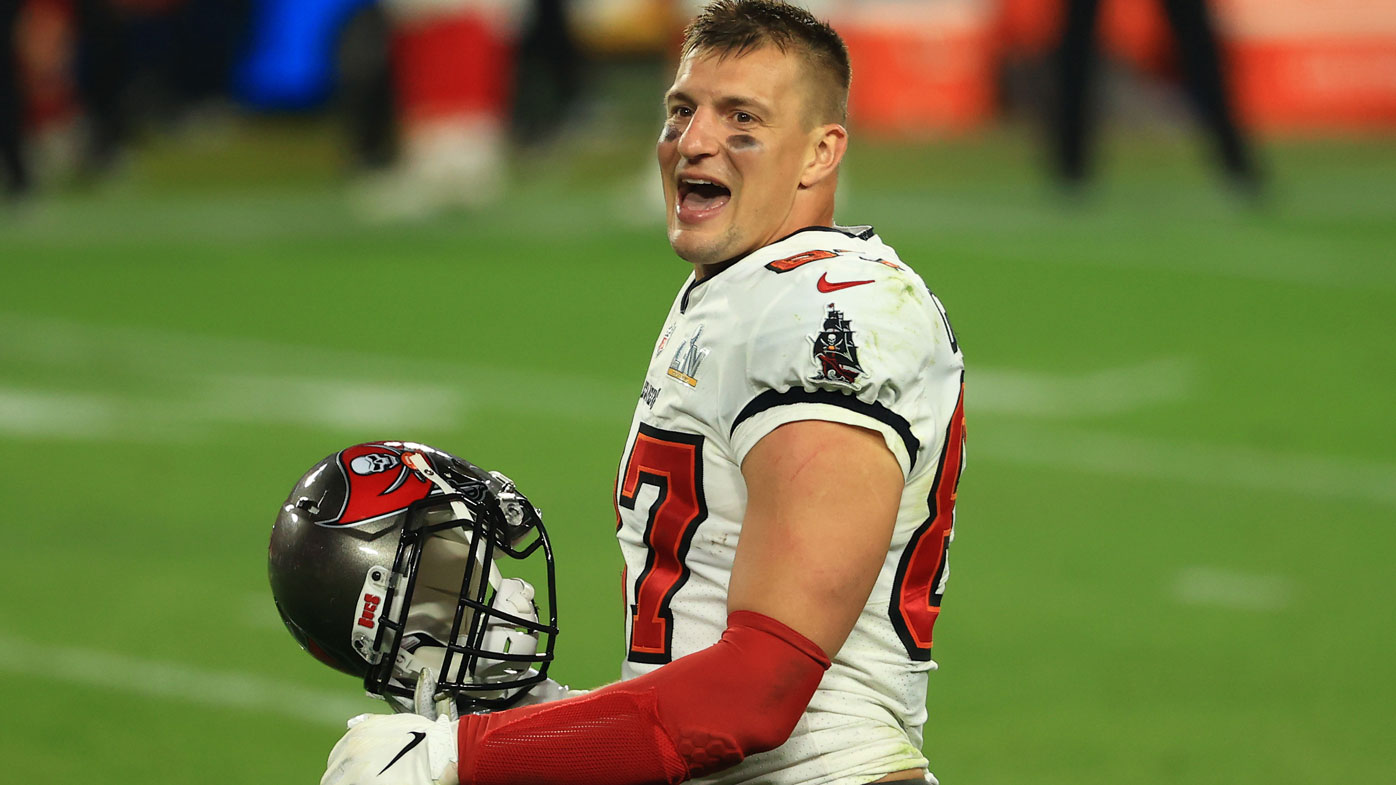 Gronkowski, is aset to be a free agent this offseason after coming out of retirement last April to join Tom Brady in Tampa Bay.

However, he indicated throughout the season that he plans to return for one more year.