Nick Kyrgios revealed he doesn’t know “how I would have reacted to negativity this year” had he lost his five-set epic to Ugo Humbert.

Nick Kyrgios revealed he doesn’t know “how I would have reacted to negativity this year” had he lost his five-set Australian Open epic to Ugo Humbert, in a sobering insight to the psyche the Aussie carries with him every time he steps on court.

Speaking in the aftermath of one of the most memorable victories at Melbourne Park, the 25-year-old revealed as he stood at the centre of John Cain Arena: “If you were in my head, I was thinking about all the s–t I was going to cop if I lost that match – there were some dark thoughts.”

It’s a sobering admission from a figure who is loved and yet so maligned in one of the most critical sports going around.

No stranger to a negative headline, this isn’t the first time Kyrgios has revealed his fear of negative press and the consequences it carries. 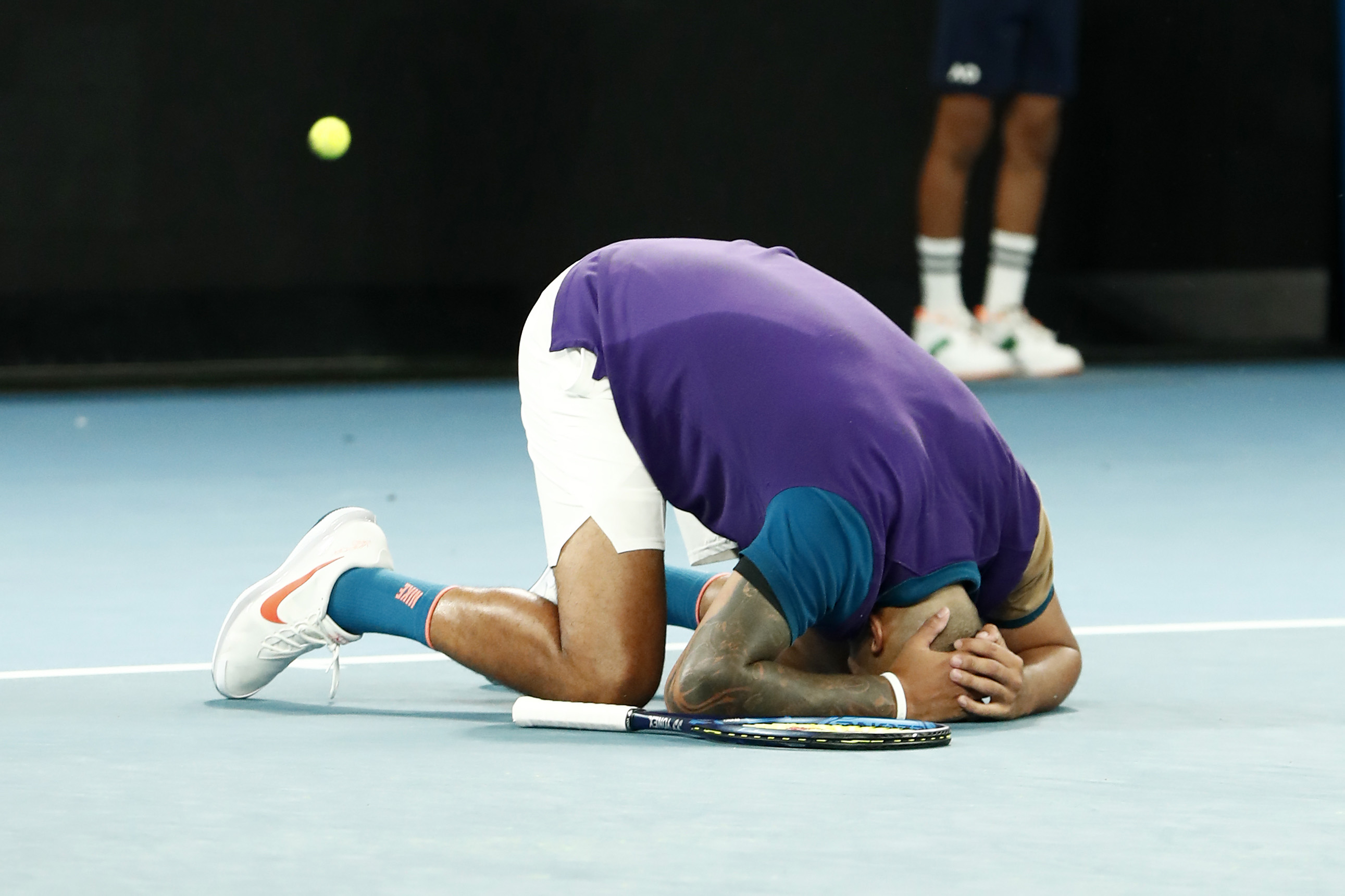 In 2019, Kyrgios was caught on court-side mics scared as to what the media would say had he retired due to injury against Rafael Nadal in Acapulco.

“If I forfeit, the media will blow it up … I’ll be booed off the court,” Kyrgios was caught saying to a trainer.

The then-23-year-old would persevere to eventually win that match and the entire tournament.

Still, it’s a concerning insight into the baggage Kyrgios carries, which has been made all the more heavy due to the expectations that come with his prodigious talent and been galvanised further by his on-court antics.

So, when the issue again bubbled to the surface on Wednesday night having secured his round three berth against Dominic Thiem, reporters were understandingly intrigued.

“The media doesn’t hold back on me,” a candid Kyrgios told awaiting media in his post-match press conference.

“I was definitely thinking about, you know, there’s a lot of expectation on me not having played for a year. Coming back, I wasn’t expecting too much of myself but of course, when I’m a match point down facing a second round exit, I was almost afraid.

“I was afraid to come into this room, go to my Airbnb and just read about it and take it all in, take in all the negativity … that I’ve already taken. It’s not easy to come back and try and put it all behind. 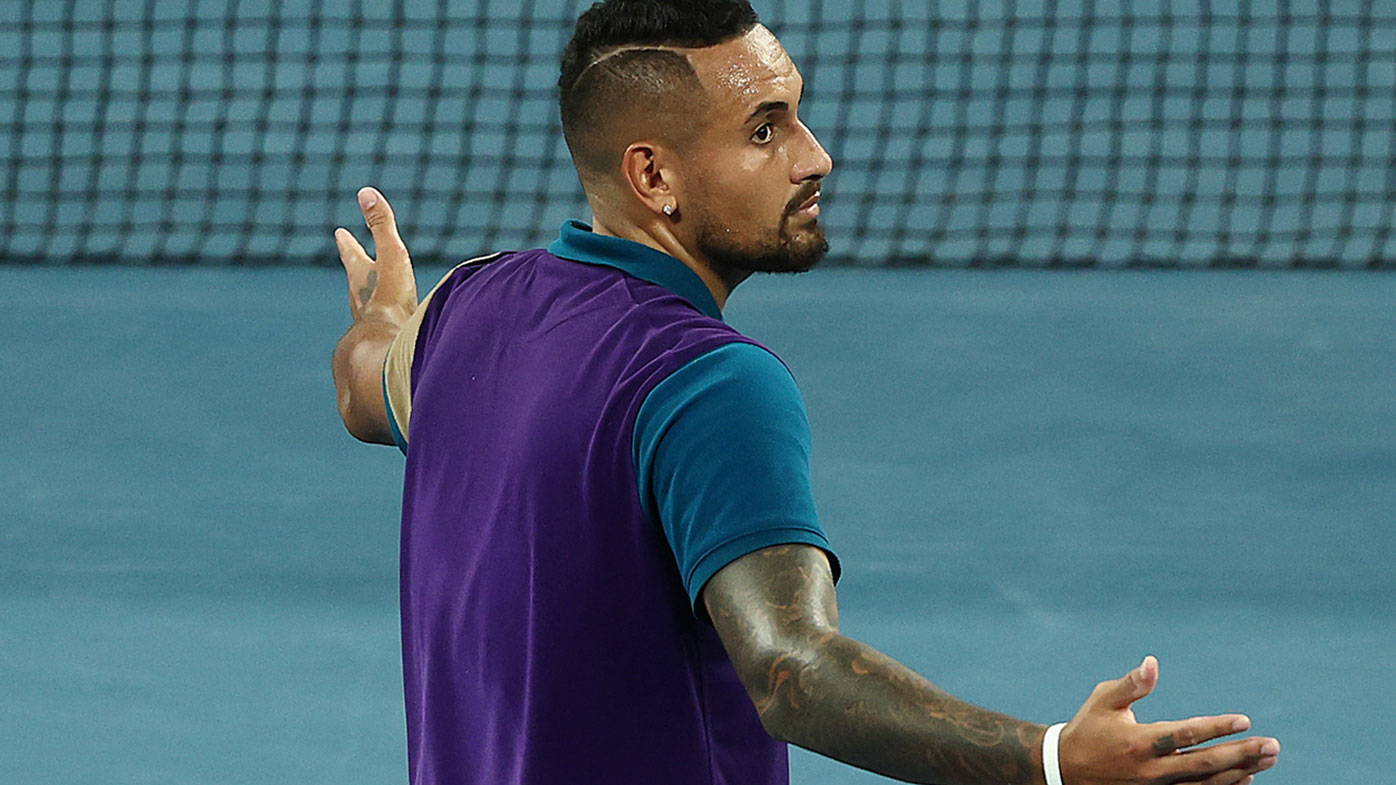 “Every tennis player deals with negative stuff, I know. I’m not trying to play victim here. I don’t live under a rock, I know cop a lot of flak for everything I do.

“Sometimes I don’t read it but it’s hard to miss when I wake up and go on Instagram or something and it’s just subconsciously there. My mind is taking it all in. It’s not easy to just put it all behind you.”

There was an undeniable shift in mentality on Wednesday night, which saw a noticeably “locked-in” Kyrgios, as Jim Courier described it, abandon the on-court blow-ups and histrionics to stave off two match points and claim a stunning fightback.

It’s perhaps the shift the public have been so eagerly desiring of him as he matures into the middle-years of his career, and one that could go a way to dissolve some of the past negativities that have dogged his image. 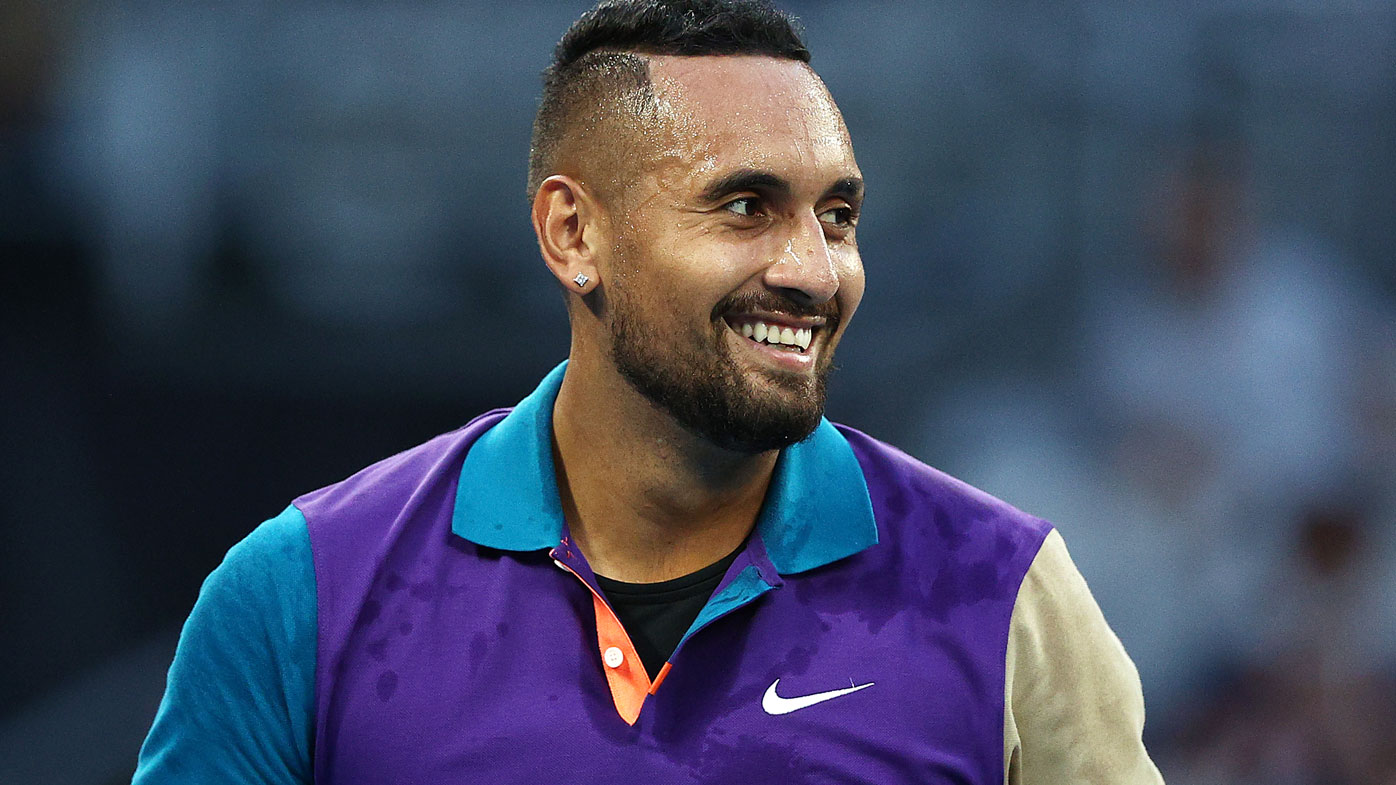 Still, the impact of having such expectations thrust upon you at such an early age have clearly stuck with the Australian, who recalled perhaps one of the harder truths in his head before concluding his press conference.

“I know now, I try to block it out, more mature and stuff, but it’s still not easy.

“Say another Aussie loses tonight, they’re (the media) going to be like, ‘Oh, great effort winning a first round, he really put his heart out’. But if I lose tonight it’s an absolute disaster.

“I remember one night I played [Andreas] Seppi and I lost in five sets from two sets to love up, and I got booed off the court. I was like, I just feel like, it’s not so easy.”