Tennis legend Todd Woodbridge has given Bernie Tomic a brutal truth bomb ahead of his Australian Open second round match.

The Bernie Tomic Files will get another chapter when Australian tennis’ biggest soap opera walks on to Court 3 this afternoon for a second round Australian Open match with Canadian star Denis Shapovalov.

Nine commentator Sam Groth expects to witness a rare occasion when the normally parochial Australian crowd turns against one of their own, telling Tony Jones on Nine’s coverage of the Australian Open that Shapavolov will benefit from the fallen Aussie star’s ugly demise.

“They’re not going to come out and support Bernard,” Groth scoffed.

“They’re not going to support Bernard Tomic, he’s done too much to turn the Australian public against him.”

Todd Woodbridge too has been burned too many times by the former world No.17 to expect anything more than a limp effort and a crashing loss from the now 28-year-old, who long ago lost the backing of his nation.

In January 2016 as a 23-year-old, Tomic reached his peak ranking inside the top 20 and was considered, alongside Nick Kyrgios, to be a genuine major-winning prospect who could lift Australia into another golden era.

Three years later, he started a war with Tennis Australia and escalated an ugly feud with Davis Cup captain Lleyton Hewitt, by rolling a grenade from the press conference podium following a straight sets loss to Marin Cilic in the first round of the 2019 Australian Open. 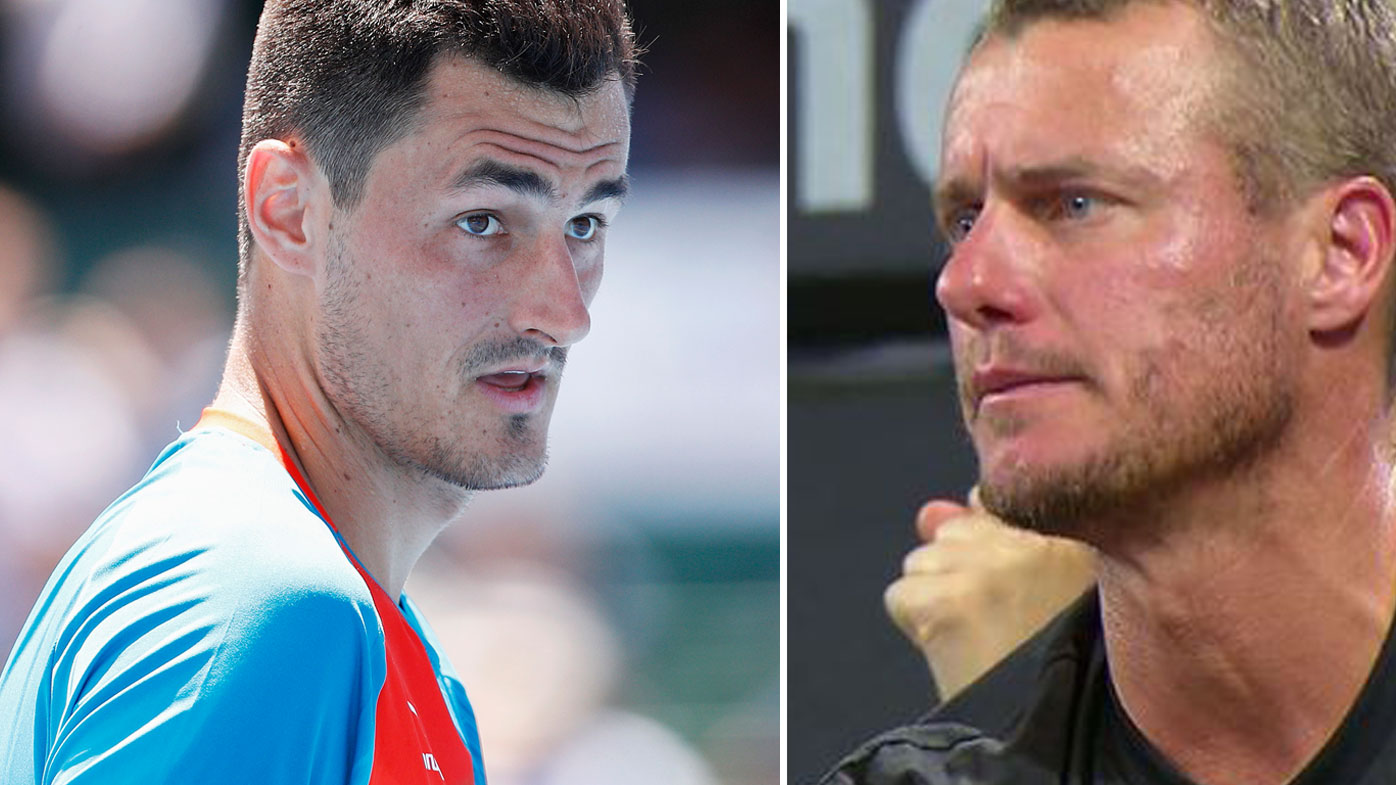 Fair to say he badly lost the PR battle and has barely been sighted on the court since, torching his already brittle reputation with a series of despicable on-court displays that ended in defaults, while his life off the court became a bizarre fascination due to his party boy lifestyle and his semi-frequent run-ins with authority.

“I don’t think anyone has any interest in him anymore,” Woodbridge bluntly told Wide World of Sports.

“I think what stood out on Monday was that if [Yuichi] Sugita had hung in there longer, he probably would have got Bernie to default. He’s had over a year of tournaments worth of defaults in his career.

“So if he wants to become a player, he has to actually commit and try every time he walks out onto the court. Because at the moment, he’s just a part-time player and I don’t know how else to say that.”

It’s no exaggeration from Woodbridge when he says Tomic has quit mid-match so many times over the course of his career it almost adds up to a year worth of tournament entries. 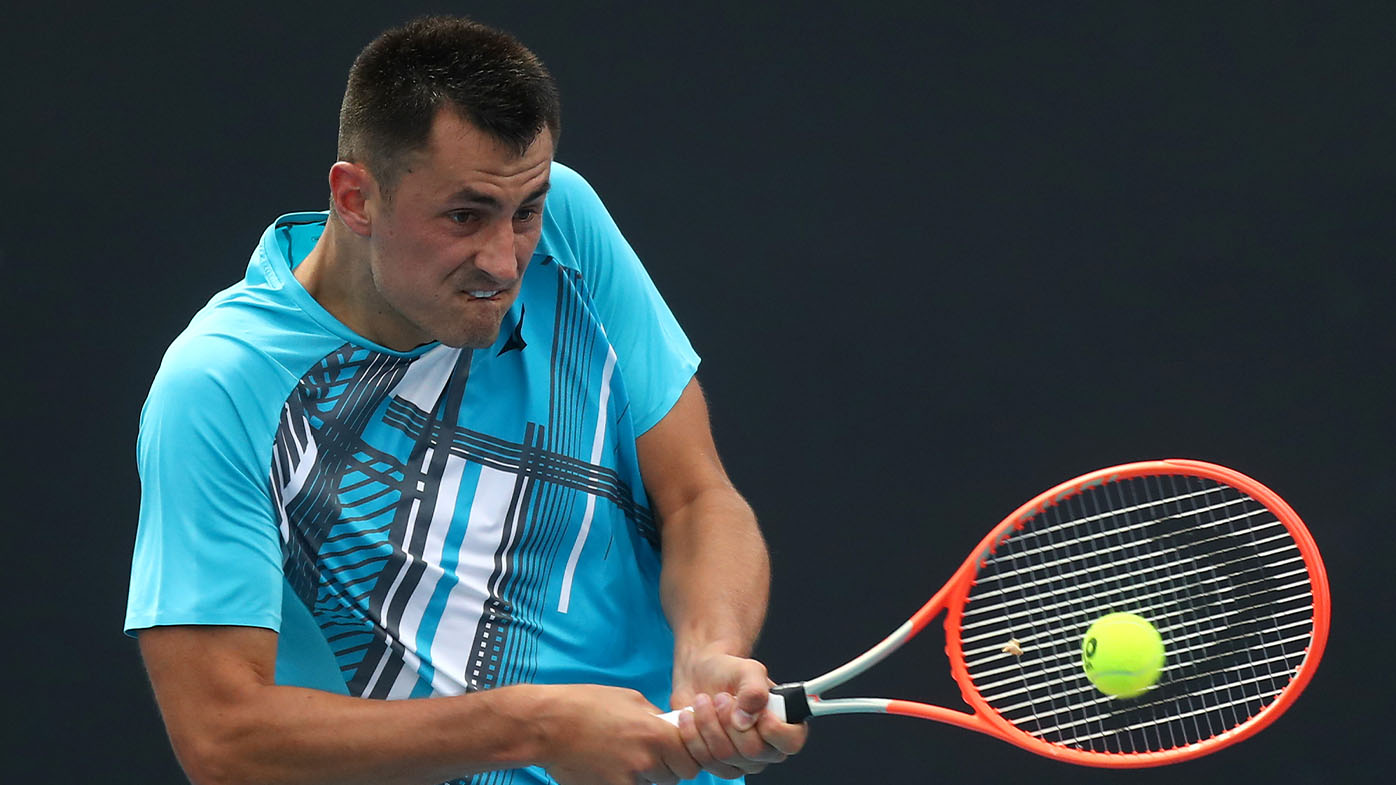 A whopping 23 times his matches have finished voluntarily, and Tomic has been the player walking to the net to tell his opponent he’s had enough on 21 of those occasions.

His ironic progress to the second round on Monday came when Japanese player Sugita succumbed while trailing Tomic 3-6 6-1 4-1.

That match was played on Court 8, one of Melbourne Park’s genuine outside courts, equipped with just two cameras.

Even as a car crash, Tomic has lost the ability to draw eye balls to his matches, so when his draw was set out there was no real discussion about putting him on a show court or showing his match on TV.

Had he drawn a healthy opponent, his tournament probably would have fizzled out without fanfare.

So it’s only down to the perverse sense of humour of the tennis gods that Tomic will be back in the sporting consciousness this afternoon, having drawn one of the sport’s rising stars in his second round match.

Shapovalov, a 21-year-old Canadian, is everything Australia once hoped Tomic would be and more. He broke into the top 10 for the first time in September last year and according to Woodbridge, he’s on track to fight for major titles and has what it takes to grab a big share of them when the ‘Big Three’ era finally draws to an end.

“Denis Shapavalov, you forget how good he is,” Groth said.

“He broke the top 10 for the first time last year, he’s 12 in the world, there’s still areas that he can improve … I think he’s going to absolutely dismantle Bernard Tomic today.”

A powerful left-hander who’s learning to harness his gifts, Shapovalov has “the ability to hit a shot that can change a match,” Woodbridge says.

Better than that, “He’s good enough to break opponents by really playing solid tennis as a strong left-hander, because he’s got the advantage of the left-handed serve, which is a big factor.”

Most of all though, Shapovalov plays with his heart on his sleeve. Watch him for one set and you can see that he genuinely cares about the result and tries his heart out to ensure it goes his way.

It’s a far cry from Tomic’s defaults and is the contrast that best illustrates why Shapovalov is the kind of player Australians would love to get behind, while Tomic, frankly, is not.

Casey Dellacqua explained the essence of what Australians are looking for when they watch an athlete and why Tomic no longer hits the mark, talking to Wide World of Sports for The Morning Serve.

“Look, if I’m completely honest I think it’s going to be tough for Bernie to get some of the Aussie crowd behind him,” Dellacqua said. “He’s just not helped himself over the last few years.

“We are a forgiving bunch, so I feel like if he goes out there and just really has a crack against Denis Shapovalov, some people might just get back on the Bernie bandwagon but I think he’s going to have to do a lot more than just go out there and have a crack.

“What do we like about our athletes? We like them going out there, trying their best, having a crack. Win or lose just get out there and fight hard, and I think if we saw a bit of that from Bernie that would really help with our perception of Bernie in the Australian public.