The Australian Open’s most extraordinary player

Kids have dreams. When Francesca Jones had hers, she was never going to give up until she was a pro tennis player.

Kids have dreams. When they grow up, they say they want to be a rock star, or a fireman, or drive a train, whatever it might be.

But as they start to mature, those innocent childhood aspirations change for 99.9 per cent of them. However, for some the vision is maintained. They know exactly what they want from a very early age and they will move mountains to see those dreams realised.

At the age of 10, a girl from the north of England had a dream to be a professional tennis player. She wanted that more than anything, but Francesca Jones was told she would never and could never, play tennis and certainly not professionally.

She has only three fingers and a thumb on each hand and a total of seven toes. This young lady has endured multiple surgeries in an effort to help her with corrected movement as she struggles with her balance due to the lack of toes. 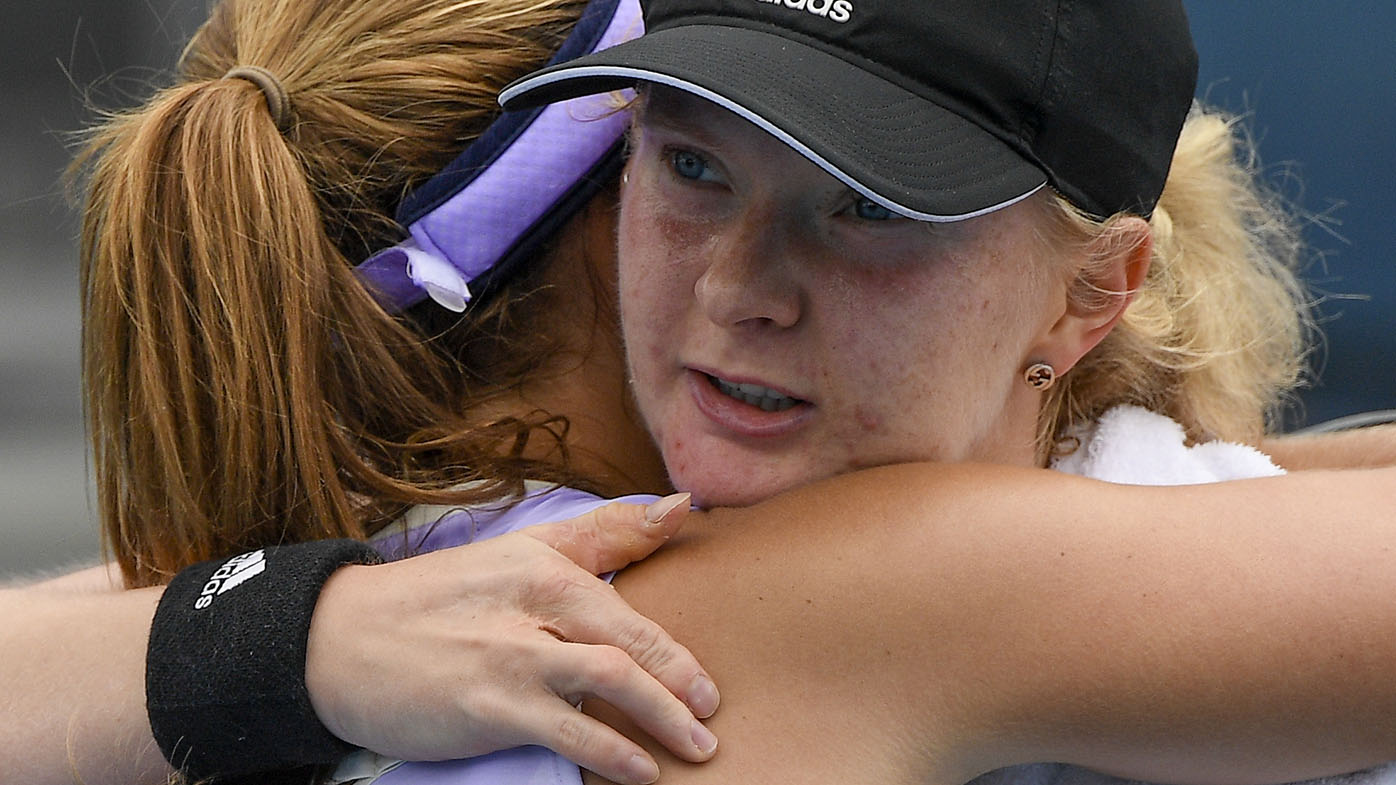 Francesca Jones is single-minded. She is one of those people who when told she cannot do this or won’t be able to do that, she sets out to prove them wrong. This young lady is an inspiration to anyone, whether they are able-bodied or have a handicap. When you meet her, you do notice her hands at the start but very soon you see beyond that; instead, you see a confident, articulate human being who is not looking for sympathy.

Even if this 20-year-old does not do anything else in her life, she would have still achieved it all and her quest is a movie script that will write itself.

“It’s great to be able to get my message across which is pleasing; that you don’t have any limits and to keep pushing yourself,” Jones said. “Do what it is you want to do and just commit to it.

“Look, if I can have a positive impact on children, adults, and they can take strength from my story and create their own, then that would be great. So, it’s nice to have the platform here. My objectives are bigger that just qualifying for (the Australian Open), and hopefully I can continue to spread the word over the years.” 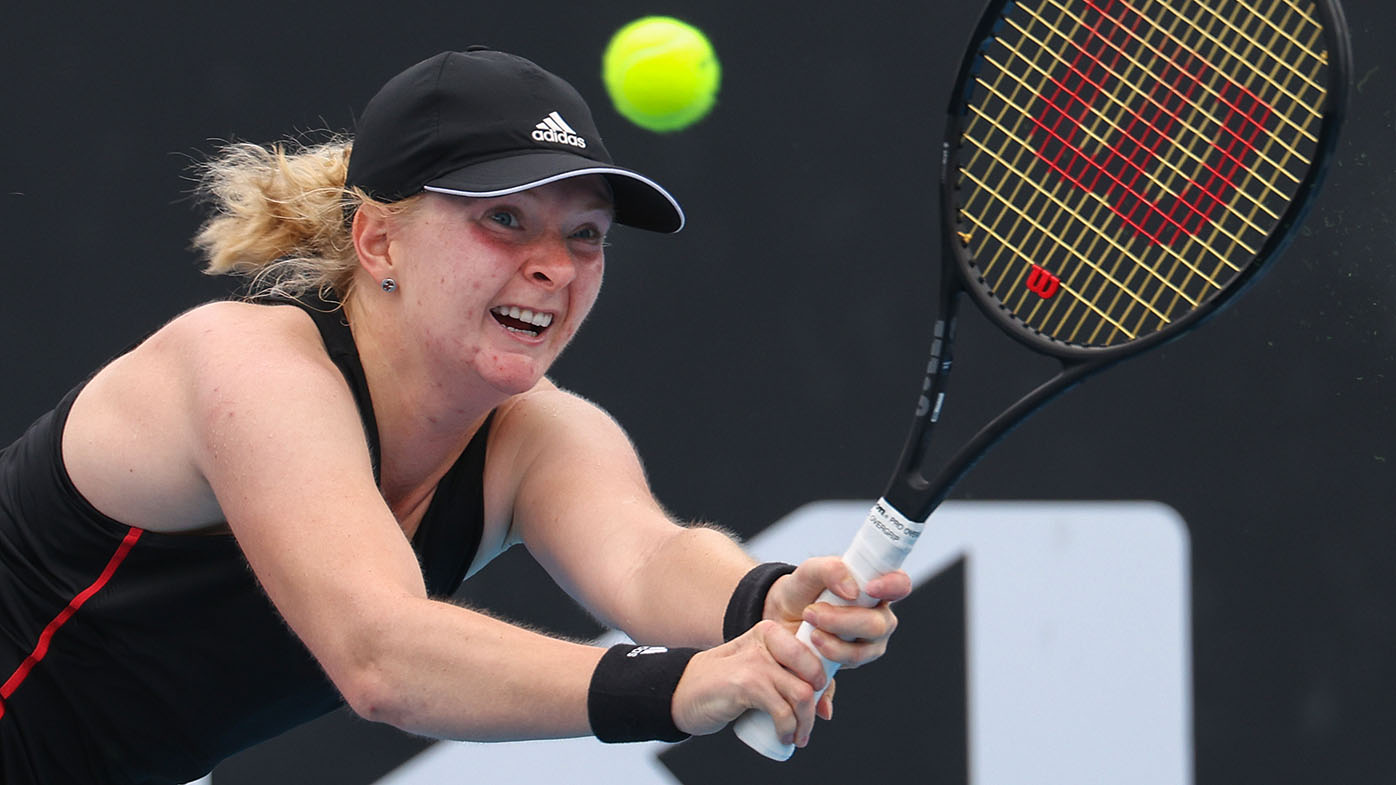 She doesn’t back away from the fact that she has endured challenges but at the same time, she doesn’t make that the focus by going on about experiencing X, Y and Z. Every human being has barriers and individuals need to find their own way to get over it.

Francesca is still challenged by those barriers but she works to rise up and find a way to get over and past them and move to the next stage. In some ways, manoeuvring through an obstacle course.

“Some of the obvious barriers when I was a child were balance and just the way that I would put weight through my feet and obviously grip; I needed to have quite a few modifications done to my racquets when I was a child and still do, but I am very grateful to those (sponsors) who can accommodate me,” she said.

“In terms of the day-to-day, every athlete faces their challenges. I have strengths and weaknesses and I work on my weaknesses like the next female tennis player. It’s a work in progress and I’m constantly trying to evolve.” 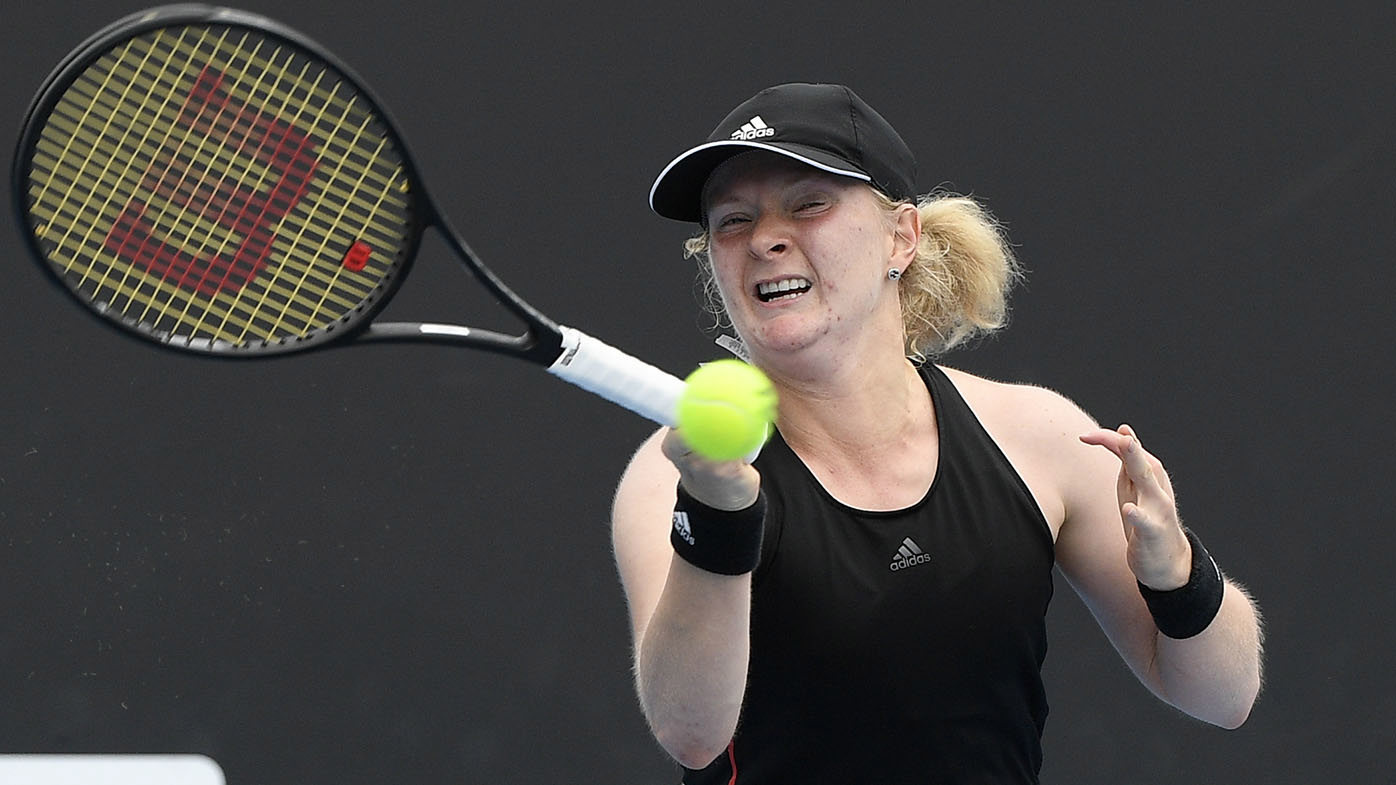 Francesca left home at the age of 10, when she was admitted to the Casal-Sanchez Tennis Academy in Barcelona. Her parents did all they could to support her. She still trains in Barcelona, as well as at the training centre in London, a stone’s throw from Wimbledon. In both places, there are doctors and physios who look after her.

“Medication is mental strength; it’s just making sure that I keep myself in the right head space and I have a great support team around me,” Jones said.

“I feel like if you really want to commit yourself to something, then do. Of course, you have doubts but I have never doubted that I would be a professional tennis player as a result of my syndrome.

“I’ve doubted my serve, my forehand, my backhand (but) I have never doubted that I will give up. I want to be persistent. I want to just give everything I can and if the result is not what I set it out to be, then at least I won’t have regrets.” 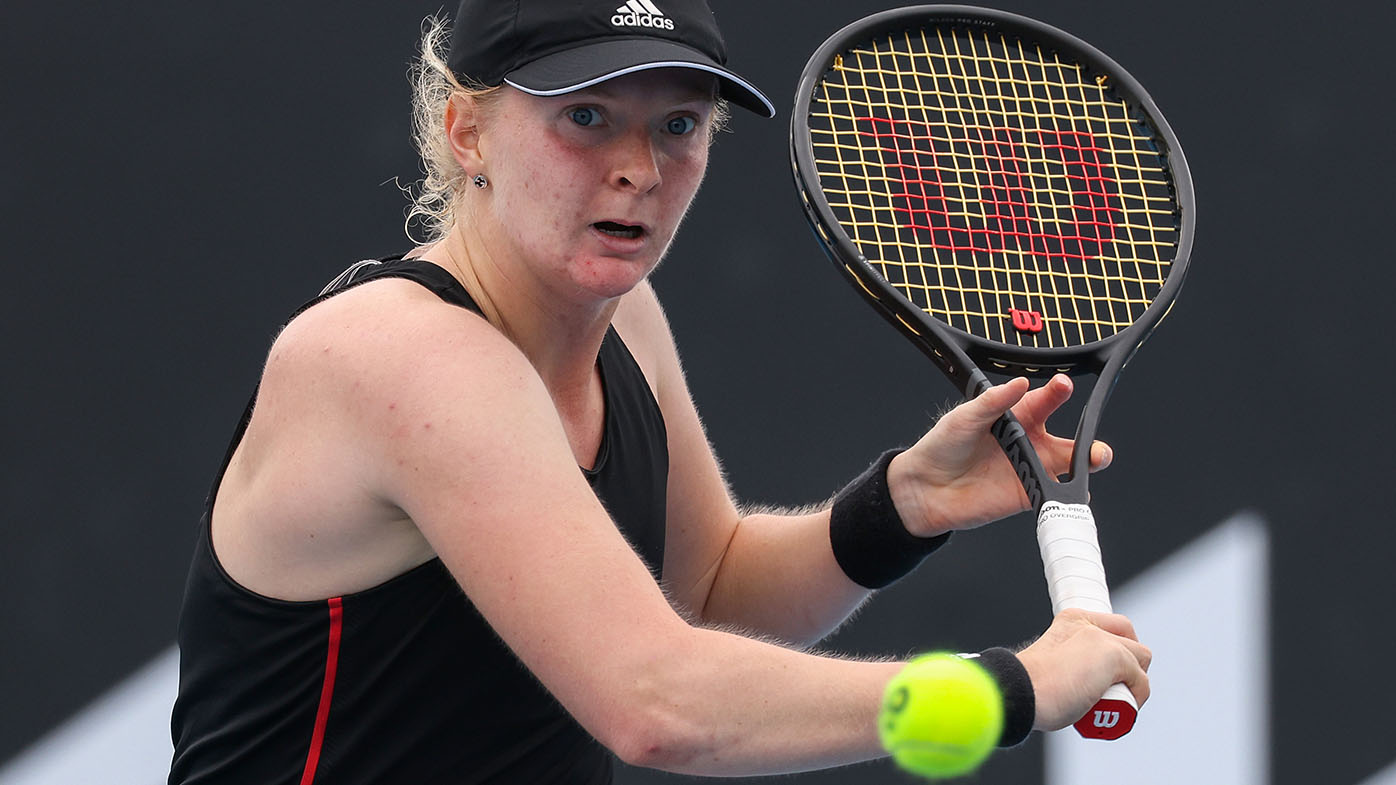 Francesca Jones just wants to fulfill her potential whatever that might be and that comes from the day in, day out work which is needed and she listens to the people around her for advice.

She has big ambitions but right now, she is making sure she is doing everything she needs to daily, to achieve the dreams she had as a 10-year-old.

And at the same time, continue to be an inspiration to anyone that might be a little different … or not different at all.

“There have been many sacrifices but my feet are very much on the ground,” she said.