Nick Kyrgios has weighed in on tennis’ big debate – who among the big three is greatest of all time.

Nick Kyrgios has weighed in on tennis’ big debate – who among the ‘big three’ of Novak Djokovic, Rafael Nadal and Roger Federer is the greatest male tennis player of all time.

Kyrgios, one of only three players to have beaten Djokovic, Nadal and Federer the first time he played each of them, gave the nod to Swiss Maestro Federer.

Federer, 39, and Nadal, 34, are tied on 20 Grand Slams apiece, while Djokovic, 33, isn’t far off with 17 to his name. However, 13 of Nadal’s Grand Slams have come from the French Open, while Federer and Djokovic both have more Wimbledon and Australian Open titles than their Spanish rival.

Despite Feder being on the wrong end of the head-to-head records with Nadal (24–16) and Djokovic (27–23), Kyrgios said “talent-wise”, neither are close to the “skill set” of Federer, who still holds the record of 310 weeks as the number-one ranked player in the world (237 consecutive). 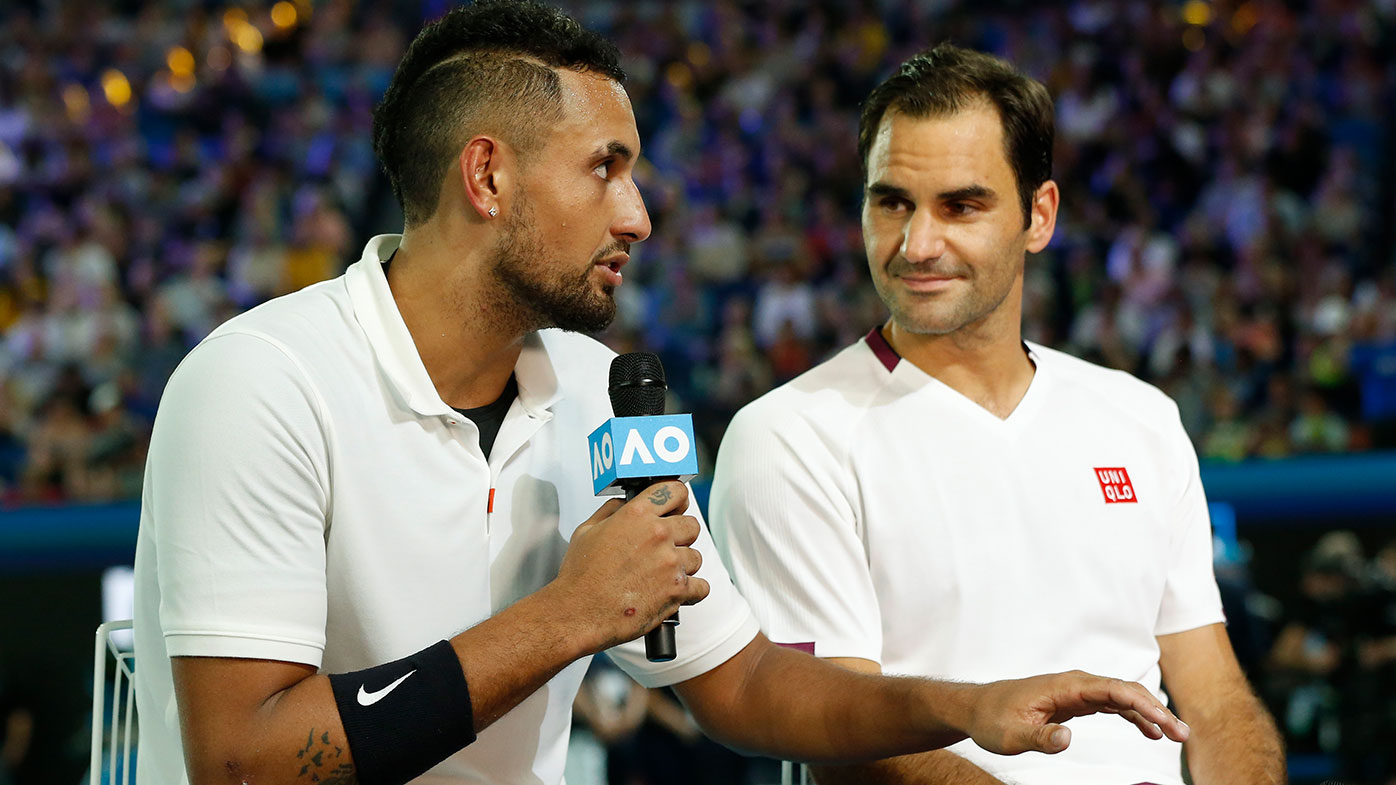 “I think in my opinion I believe Roger is the greatest of all time. With his skill set, the way he plays the game, I think it’s pure. I actually think talent-wise Nadal and Djokovic aren’t even close to Roger. Talent-wise, just purely based on talent the way Federer plays, his hands, his serving, his volleys, untouchable,” he said.

“Rafa, you will never see someone so dominant on one surface ever. I don’t think we will ever see that amazing accomplishment on clay, the best clay courter of all time. 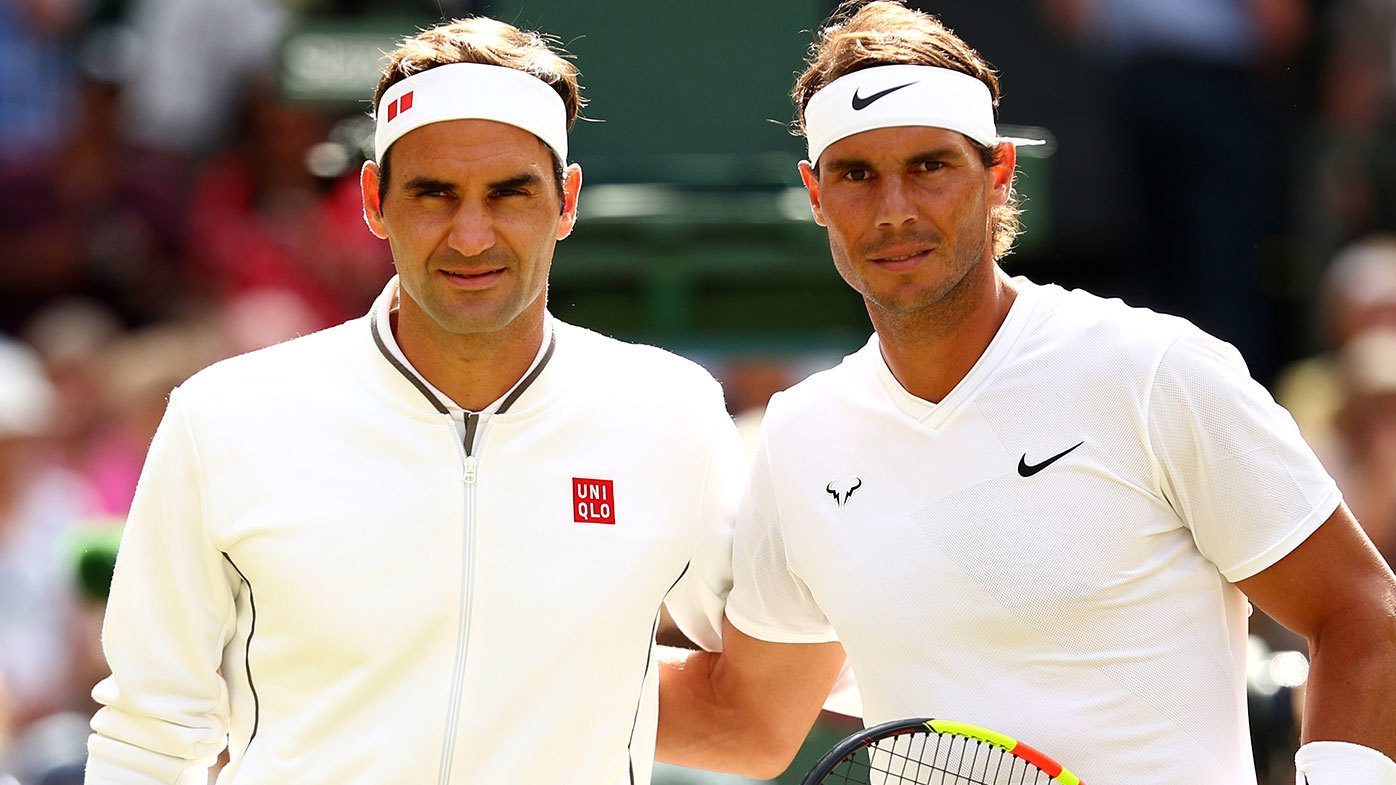 One thing that is certain, Kyrgios has had a rocky relationship with Djokovic, who he yesterday labelled a “very strange cat” due to his controversial actions off the court amid the coronavirus pandemic.

Kyrgios has played Djokovic on two occasions, winning both encounters without dropping a single set.

The Aussie added that he felt throughout his career, three-time Grand Slam winner Andy Murray has proven a more difficult opponent than Djokovic.

“Me personally, I played them all. I actually think Andy for me was tougher than Novak to play. I mean, I have only played Novak twice. I have played Andy six times and I’m 1-5,” he said.

“Nadal, I actually think I match up quite well against Nadal. I can serve big and play kind of the right style of tennis to be successful against him. Styles make fights in tennis.

“All the matchups are different. Roger’s chopped me a couple of times. Roger makes you feel like you’re really bad at tennis sometimes. He walks around, he flicks his head, and I’m, like, I don’t even know what I’m doing out here. 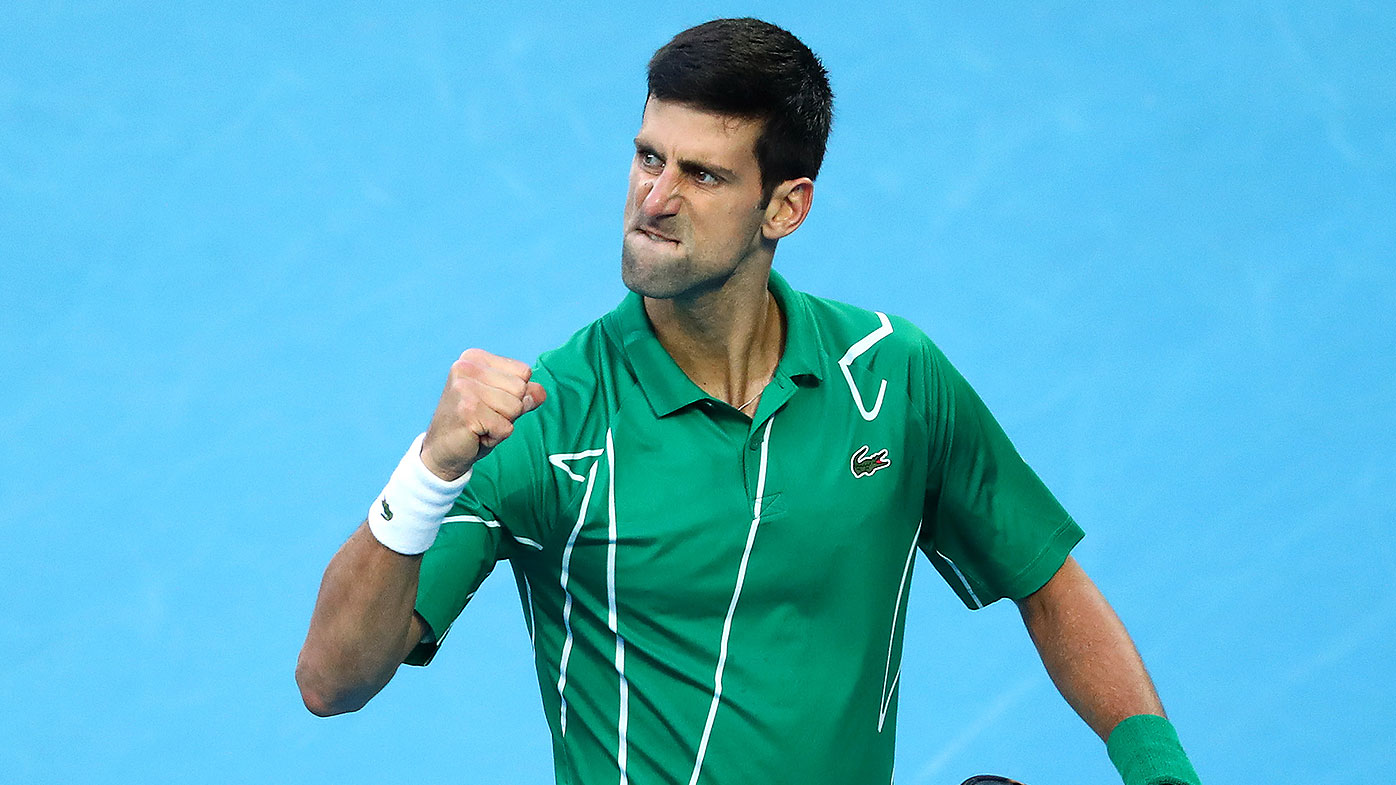 “Roger is the greatest, for me. But Novak, obviously what he’s doing now, look, I’m just watching him play (Jeremy) Chardy and Chardy doesn’t even believe that he can win, and when you reach that status, you must be pretty good.”