Fans have shared an outpouring of emotion for Thanassi Kokkinakis but there was one very special supporter that turned out for the Aussie.

Aussie sports fans have shared in an outpouring of emotion for Adelaide talent Thanassi Kokkinakis after he broke down in tears following his first victory at the Australian Open since 2015, but there was one very special supporter that turned out for the Aussie.

It was heartwarming scenes as Kokkinakis was overcome with emotion after downing Korean Kwon Soon-woo 6-4 6-1 6-1 in a dominant display to mark his return to the scene in emphatic fashion.

Kokkinakis’ career has been cruelled by injuries since he broke through into the top 100 six years ago, with his current ranking of 267 his lowest since 2017.

He was forced to retire hurt in his last appearance in Melbourne back in 2019, before missing the tournament altogether last year due to glandular fever. 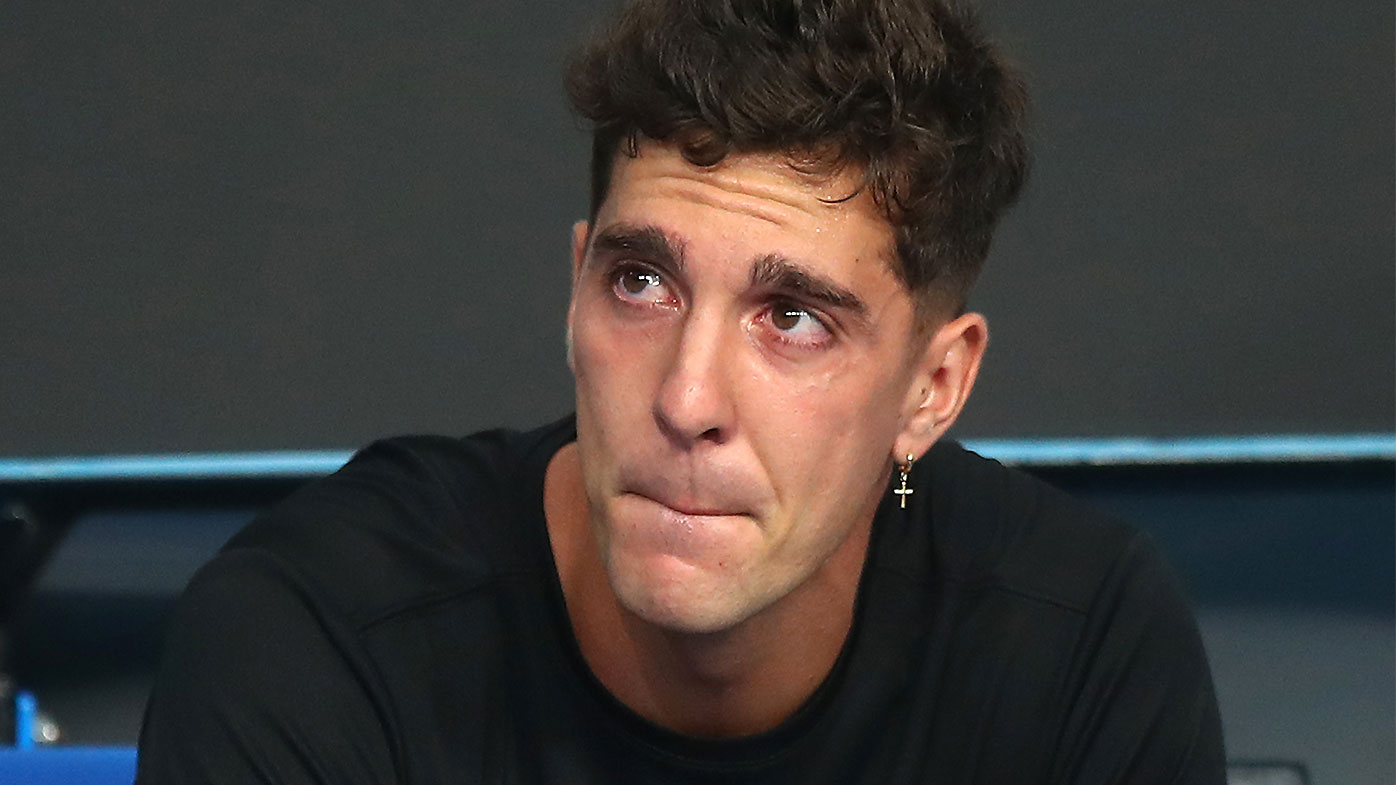 Arguably one of Australia’s most natural talents, it’s been a tough slog for Kokkinakis who has been forced to sit and watch on the sideline for far too long.

But Tuesday’s win could perhaps be the reprieve Kokkinakis has been waiting on as he looks to go one better against Stefanos Tsitsipas in the second-round on Thursday.

But it’s been a message from one very special supporter that has filled the Aussie with validation as he looks to make a run at this year’s slam.

Taking to Twitter after his match, Kokkinakis posted a screenshot from none other than the tennis GOAT Roger Federer himself, who slid into his DM’s to send the Aussie a personal message.

“Nice one, Thanaser,” Federer, who chose to remain home to monitor his body, sent from across the world.

Kokkinakis posted the screenshot with the caption: “What a king.”

It’s a significant gesture from the Swiss Maestro has remained relatively quiet since pulling out of the Australian summer, choosing to break his AO silence with a personal message for the 24-year-old.

Kokkinakis interestingly also holds a 1-0 record over the Fed, having toppled him in 2018.

Aussie tennis legend Todd Woodbridge also posted his own tribute to the talent.

“When people say it is just a game they really have no idea what an athlete goes through, the high are euphoric and the lows are devastating, self worth is based on your result,” he Tweeted.

“So, so happy for TKokkinakis he deserved this win and some more good breaks.”