Brady apologises to rival as shock claim made

Tom Brady had a heated battle with the Chiefs’ Tyrann Mathieu in yesterday’s Super Bowl win.

Not long after winning his seventh Super Bowl with a 31-9 win over Kansas City at Super Bowl LV on Monday AEDT, Bucaneers quarterback Tom Brady texted an apology to Chiefs safety Tyrann Mathieu for several fiery clashes on the field.

In a chippy contest, there were quite a few instances of players getting heated. But tempers flared particularly when Brady and Mathieu went at each other in the second quarter. 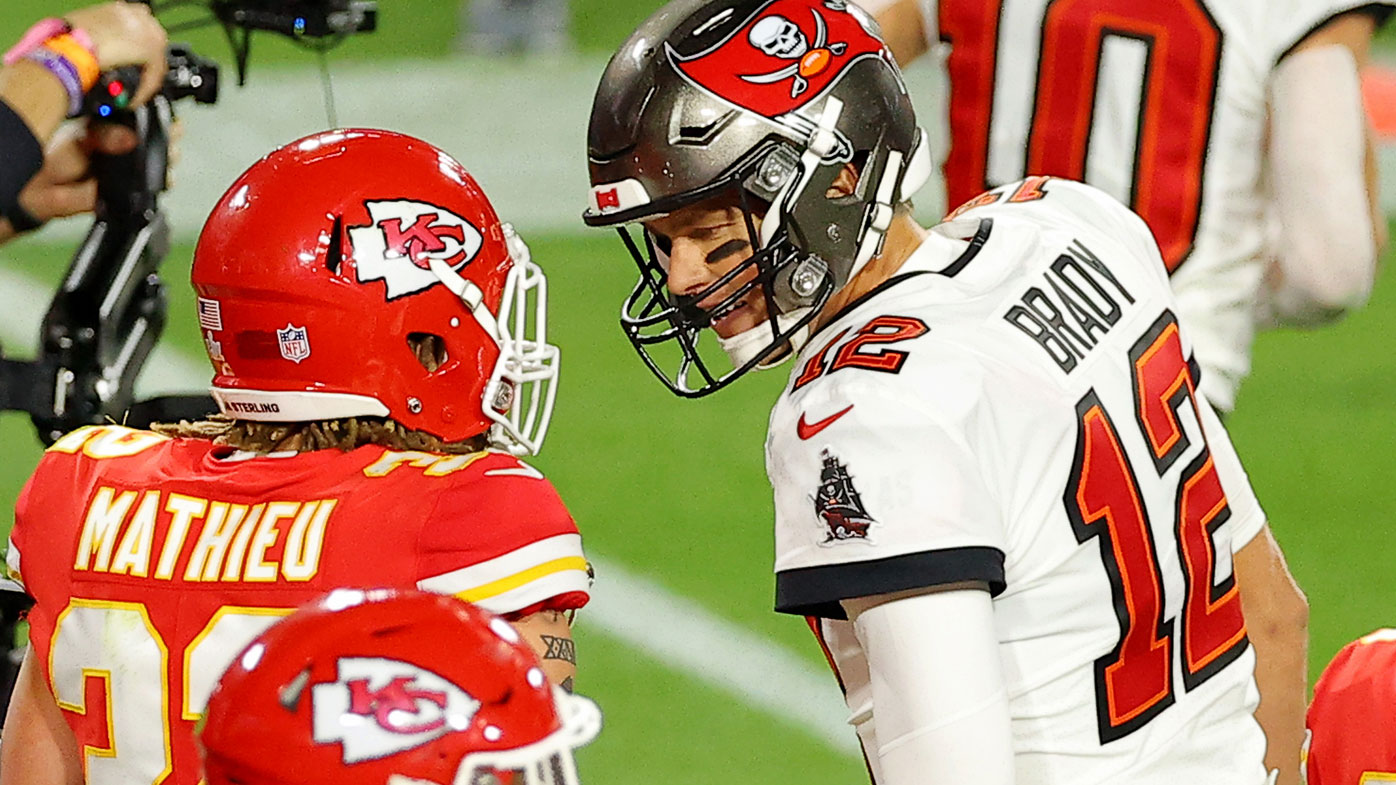 Mathieu copped a penalty for pass interference in the end zone on and was seen pointing his finger in Brady’s face. The two exchanged words with the 43-year-old then chasing Mathieu down to tell him something.

Both men were separated as Mathieu was called for an unsportsmanlike conduct penalty.

ESPN reports Brady texted Mathieu after the game saying he thought he was a “class act” and a “great leader” and said he wanted to aploogise to him in person but didn’t get a chance to.

Mathieu took to social media to explain his side of the story before deleting the tweet.

The star known across the league as the “honey badger”, claimed the the champion QB said “something I won’t repeat” and in another tweet he said “he’s clearly chasing me, but I got flagged.”

Mathieu admitted post-game that he was surprised by his interaction with the champion play-caller.

“I never really saw that side of Tom Brady, to be honest. But whatever. No comment. It’s over with. I’m done with it.”

As far as Brady’s teammates, they were motivated by seeing him chase down a rival player.

“I don’t know what it does for him but for the guys around us, we love that s—,” Buccaneers wide receiver Mike Evans said.

“We love when it gets fiery and competitive. When [Brady] does that, he has a lot of guys to back him up.”